West coast, best coast? Public sector CIOs in B.C. are investing in the next-generation tech that will transform user experience 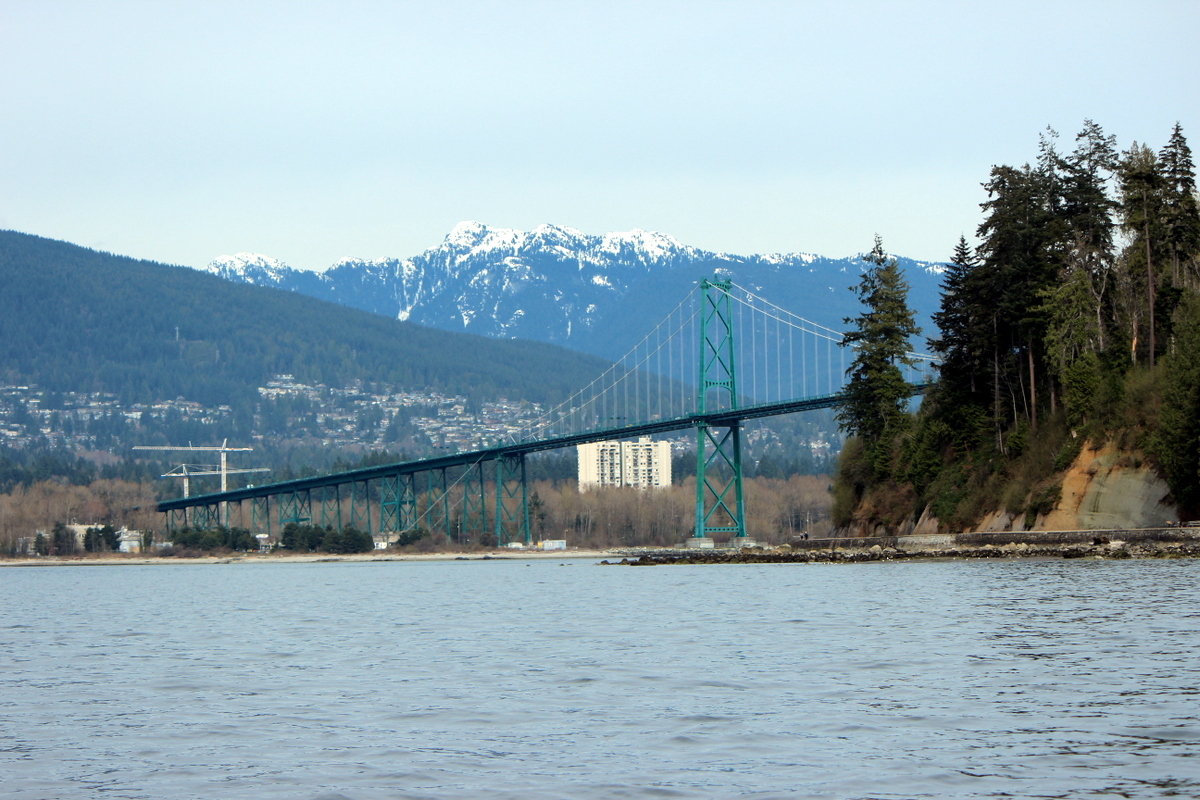 During the CIO Peer Forum in Vancouver, CanadianCIO had the opportunity to catch up with some west coast CIOs in the public sector. Whether they’re laying the fibre infrastructure to provide the next-generation connectivity that citizens want, delivering the secure Wi-Fi access that millennials demand, or providing the ‘magical’ hardware experience young minds crave, these CIOs are going above and beyond to improve the user experience for their constituents. 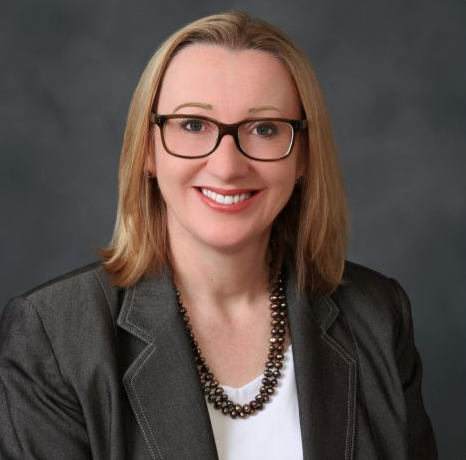 The City of Burnaby has a plan to build its own next-generation network that will set it up to serve its citizens digitally. Over the next 15 years or so, the city will be deploying fibre every time it digs up the city’s streets for any other reason. It will extend out the city’s current network that connects its city hall campus to all of Burnaby.

That fibre connection between city hall and residents will serve as the platform to launch future digital services, Wallace says. Aside from laying fibre optic cable, the infrastructure work will include a creation of totally new physical pipeline in the city’s guts that is dedicated to information transfer.

“The key here is to get the conduit in place because once you’ve got the conduit, you can run any technology,” she explains. “So as the fibre breaks or becomes obsolete, you can just run whatever the new generation is, change the connectors and do whatever we want because it’s our network.”

At present, Burnaby works with Telus to access high-speed broadband capacity across 26 sites. The city received a discount in exchange for allowing Telus to place cell tower transmitters on city infrastructure, but it wants to even better shelter itself from future operating costs in this way.

“There’s a cost-benefit analysis because when we retire commercial services, we know that we will save significantly,” Wallace says. “We have such a demand for fibre that we believe we can do it significantly cheaper and we’ve proven it with the business plan.” 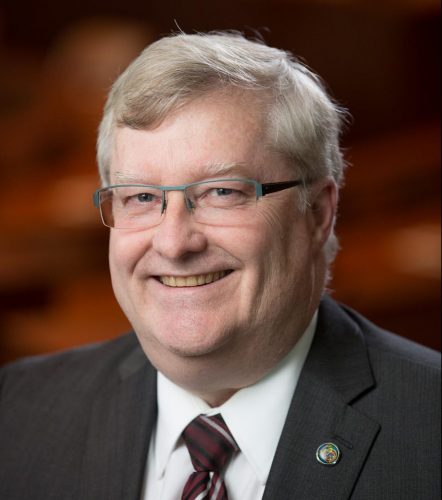 There are few things that millennials demand more than good Wi-Fi access, and as the CIO of New Westminster, B.C.-based Douglas College, McLeod knows that all too well.

“They walk in for their first day at the college and the first thing they do is try and connect to wireless,” he says. “They expect it and they expect it all the time.”

With each of about 24,000 students wanting to connect an average of three devices to the network each, the challenges are providing enough bandwidth to avoid network congestion and just having enough capacity to connect so many devices simultaneously (McLeod says his highwater mark for simultaneous connections is about 5,000). So McLeod is undertaking a complete forklift upgrade of the campus network.

“We’re seeing our 1 GB link starting to max out occasionally, so we’re quite concerned,” McLeod says.

Of course with all those millennials connecting to the Wi-Fi, there comes a whole lot of risk. With tens of thousands of endpoints to secure against, McLeod uses a firewall approach by isolating the college’s internal network from that accessed wirelessly by students and faculty. Students have access to the internal network when they visit computer labs, where PCs are connected by Ethernet. In those cases, an extra layer of security is assured by destroying the virtual machine a student was working on as soon as they log off, and any malware that joined the session along with it. 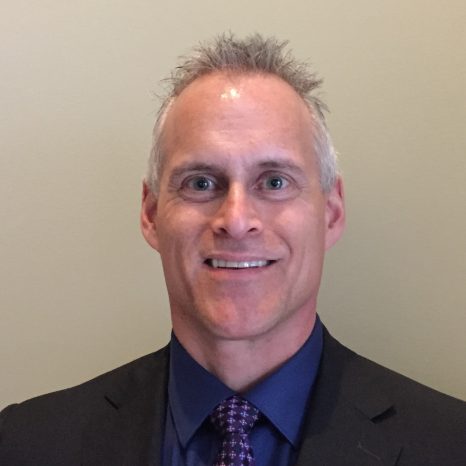 Apple used its recent education-focused event to launch its new iPad, which left many in the consumer tech world scratching their heads. Why launch a tablet sold at retail stores at an education event? For the answer, look no further than how Kuhn is taking advantage of Apple’s tablets at the Vancouver School District.

Not only has Kuhn acquired 8,000 iPads for student and board use, but he’s using them to transform the experience of pupils and board members alike. So while Kuhn insists he wasn’t watching that Apple education event because he’s not excited by hardware, there’s a good chance some of his end users are getting excited about the hardware he’s putting in their hands.

Before April, the school district’s board members would receive a paper package before each meeting. IT consisted of reports from different managers, and since there are nine trustees on the board, that’s nine paper packages that were created digitally and then printed and couriered to the trustees. But starting in mid-April, those trustees were issued iPad Pros complete with Apple Pencils. All the paperwork is packaged together digitally, and a notification simply appears to inform the trustee that there’s new content to review.

The package is opened using Microsoft OneNote, provided by an Office 365 subscription, and is available in a read-only format. From there, they can make a copy to make their own notes using Apple Pencil. Now it’s just about convincing everyone that giving up paper is the best way to work.

“We got the stakeholders, the unions and others that are at the table for commitee meetings and we’ll start to try and encourage them – we can’t make them – encourage them to switch to digital as well,” he says. “We haven’t figured that part out yet but that would be the final stage of it.”

More likely to be eager adopters of the iPads are the K-12 students inhabiting Vancouver School District’s 125 facilities. The school board is taking advantage of Apple’s education apps that allow teachers to stitch together workflows that can link together experiences in different apps for a classroom experience. Plus, there’s the simple benefit of not having to wait for a PC to boot up. And the iPad’s ability to collect information leads to interactive education opportunities, Kuhn says.

“Just 10 years ago schools spent $800 to buy a digital camera, now it’s just built into the things they already have,” he says. “That’s a game changer. So you can capture that evidence, you can use it as reflection, use it for assessment, and more.”

Schools manage how iPads are accessed by students. Typically, carts are set up with iPads that teachers can sign out for a class. Or there will be kits of five to 10 iPads available in the classroom that can be used there by small groups at any time. Sometimes they’re available to sign out at the library as well.

While the trustees are using iPad Pros, students in the classroom are more likely to be using the more affordable iPad mini or iPad models.

Brian Jacksonhttp://www.itbusiness.ca/
Former editorial director of IT World Canada. Current research director at Info-Tech
Previous articleHow to be a better leader and other CIO insights from the 2018 MISA Prairies conference
Next articleHashtag Trending – IBM doesn’t want to see GDPR in the U.S.; Facebook suspends 200 apps for ‘data misuse’; Trump tweets support for ZTE