Out in Victoria, Vancouver Island, a hot tech scene is bubbing nicely away, with a healthy growth rate in key areas ranging from gaming to ocean sciences.

Fort Tectoria, an accelerator space opened last September, has provided a boiling pot for a diverse array of tech startups. A four-story space in downtown Victoria, it is a hub for the region’s thriving tech scene, having taken over from a previously leased space set up in 2012.

Fort Tectoria’s creator the Victoria Advanced Technology Council (VIATeC), developed the area using the kind of entrepreneurial spirit that it is encouraging among its members. 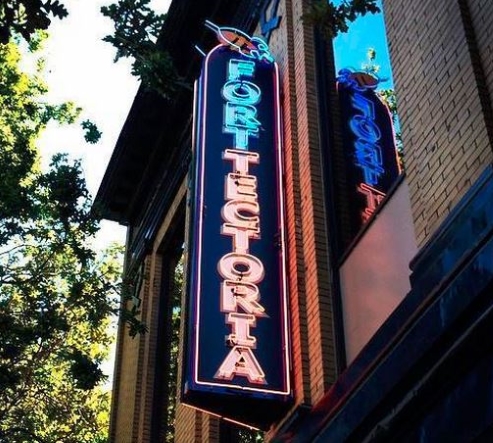 In 2002, ViaTec started an online job board to promote jobs in the greater Victoria tech sector. It accumulated $650,000 in revenues in a little over a decade, and then used it for a down payment on the building.

“Tech in Victoria is a second-floor industry. They don’t sell things in Victoria and so they don’t need the signs or the branding. They support the community but they like to do it quietly,” said Dan Gunn, CEO at VIATeC. “As a result they can be invisible, so we wanted an epicenter. A physical manifestation of the innovation and thriving energy that the tech sector brings.”

The first tech company in Victoria dates back to the fifties, said Gunn. Daniels Electronics was started by two brothers, and it sold custom radio components for decades, before selling to Australian firm Codan in 2012 for $25 million. Since then, the tech sector has grown and diversified.

In September, VIATeC announced its 25 top tech firms in the region for 2014, by revenue. The criteria were that they must have been created there or are now headquartered there.  The combined revenues for all of the firms reached $1.6 billion. The entire tech sector in Victoria is now worth $3.15 billion in revenues, indicating a 61 per cent growth in five years.

One of the hotspots for the Victoria tech scene has been gaming, which has been growing since the mid-late 2000s. Microsoft helped fuel the gaming industry there when it opened a digital gaming studio in 2012, even though it pulled the plug in December 2013.

Many of the staff that lost their jobs got snapped up by other gaming firms in town, or created their own, Gunn said. The gaming sector there looks as vibrant as ever. “We’ve gone from one or two gaming companies to 20 gaming companies in six years,” Gunn said.

There are still some challenges to overcome, says Peter Elkins, founder of the Capital Investment Network, a network of accredited investors that he says aims to address a funding gap in Victoria.

“There is a lack of ‘tent pole’ companies, which can serve as early customers/validation and initial market traction for startups,” Elkins said, adding that these firms can also act as safe havens for entrepreneurs who find themselves “between ventures”.

He also argued that there are too few substantial exits, which are needed to turn founders and early employees into investors to fuel subsequent generations of startups.

There may not be much if any mid- to late-stage funding on the Island for tech firms, but Gunn said that there’s a decent amount of angel capital in Vancouver and Victoria to feed local firms. There are a ‘handful’ of successful entrepreneurs re-investing into the tech community in Victoria, he said.

Many companies in the tech sector there are bootstrapped, he asserts, but adds that firms wanting a greater injection of capital can go to Vancouver for more funding, or make the two-hour flight to San Francisco.

Elkins would like to see more local funding happening on the island. Perhaps, if the tech sector continues to build itself so adeptly, they will come?