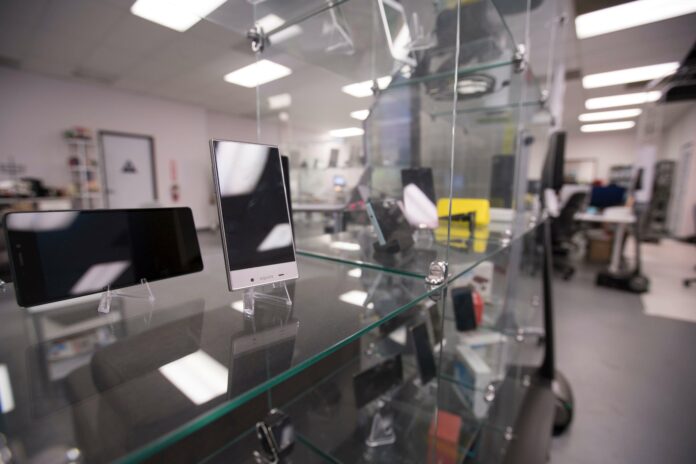 With Files from Samira Balsara

The competition, which saw eight finalists go head to head for the winnings, hosted entrepreneurs from across the tech spectrum as they presented their best pitches to a panel of judges to vie for more than $100,000 in prizes.

Rockmass: Innovating and Scaling Up

Rockmass, represented at the competition by Forbes 30 under 30 recipient and chief executive officer Shelby Yee, presented its winning Axis Mapper device. The digital tool is already used in mines across the globe and helps quickly and accurately gather important information on ore deposits to allow for more economical decisions.

“The Axis Mapper’s core technology is based on a PhD thesis that we commercialized out of Queen’s University through the Queen’s Innovation Centre. What the mapper does is it enables geologists and engineers and [organizations that manage] underground mines to capture data much more quickly and accurately than they otherwise would be able to, while also seamlessly integrating it with industry-standard software analytics tools,” Yee said.

Yee explained that the Hardtech Pitch Competition marked the first time Rockmass had touched base with VentureLAB, who provided them with an opportunity that they could not pass up.

“We had kind of heard of [VentureLAB] for a number of years previously. We wanted to get involved and the pitch competition seemed like a great way to start…the fact that VentureLAB has such a background in hardware, I think that can really help us to accelerate our scale-up efforts, especially within manufacturing.”

With their grand prize winnings of $20,000, in addition to a host of other in-kind prizes including $15,000 in product services and $5,000 in manufacturing services, Yee explained that the group hopes to create a scalable manufacturing process. They would also like to create some prototypes for new hardware developments that Rockmass has plans for.

Finishing in second place was TITAN Haptics, represented by Tim Szeto. Szeto’s presentation to the judges explored the role of haptic technology in a diverse array of fields and highlighted the company’s proprietary magnet-powered technology that’s behind its haptic devices. Szeto, alongside TITAN Haptics teammate Ashley Huffman, spoke at length about how important it is to not only create a space for themselves in the tech ecosystem but do so as a Canadian company.

“I think this allows us to get more embedded in the Canadian tech ecosystem,” Szeto said. “We’ve previously had a lot of engagement in Silicon Valley, and being Canadian, it’s really refreshing and awesome to also tap more into the Canadian ecosystem as well, especially for HardTech.”

“Looking at their [TITAN Haptics] impact…became important because what they’re doing has much broader commercial applications. They’re starting with consumer devices with regards to cell phones, but they get into gaming…it is a unique way of interfacing with technology,” Dinsmore said.

Szeto and Huffman both said that they hoped to use their winnings of $15,000 cash plus an additional in-kind prize of a free subscription to the Siemens Xcelerator platform to help grow the business.

Huffman particularly highlighted the doors that access to the Siemens platform would open for TITAN Haptics. She said the ability to access tools that the Xcelerator platform offers are “the most exciting thing” for engineers.

According to Dinsmore, Siemens is always looking to support and help accelerate the work Canadian tech startups do.

“We know companies can get there, but they need help. They don’t have the resources that Siemens has. So we can supply that,” he said.

Dealing with the chip shortage

The competition also sought to encourage innovation in semiconductor technology. Dinsmore noted that recent strides in the field have been remarkable, and described the latest accelerations as “mind-blowing” and “disruptive” despite ongoing chip shortages.

The teams from Rockmass and TITAN Haptics both acknowledged that recent COVID-related hiccups in the supply chain have forced them to adjust and innovate.

“I think what the supply chain has enabled us to do is really look at risk mitigation and forecasting. So it’s kind of highlighted ‘how do we create a sustainable and scalable manufacturing process to go from 10 to 100?’” Yee said.

She went on to add that the chip shortage helped not only strengthen Rockmass’ pre-existing relationships with its supply chain but also allowed the company to focus on efficient manufacturing efforts.

TITAN Haptics echoed a similar sentiment while noting that the chip shortage had affected it in unexpected ways.

Szeto said, “For a new tech company that’s introducing new technology, it is more challenging for the new product introduction aspect with our customers…and in procuring chips for those products it is also difficult and a lot more expensive than we had originally planned.”

Tech startups are the future

Despite these short-term hurdles, the winners both expressed optimism for the future and acknowledged that the Canadian tech sphere will be important to the global tech marketplace for years to come.

“We’re seeing a really strengthened ecosystem that, I think, is helping retain talent in Canada, which has been a problem in the past…there are some really phenomenal opportunities that are contributing to our economy,” said Yee.

Huffman heavily credits incubators such as VentureLAB for helping drive the wave of Canadian tech companies surviving and thriving more than ever before.

“I see a bright future, we’re developing incredibly smart talent out of university,” he said. “And these incubators, and the ability to help support them, just accelerates the journey.”