Security researchers say they found an unprotected database with personal and credit card information on thousands of Freedom Mobile subscribers on the Internet.

Below is a screen shot of the information vpnMentor says it was able to see. Personal information has been blacked out. 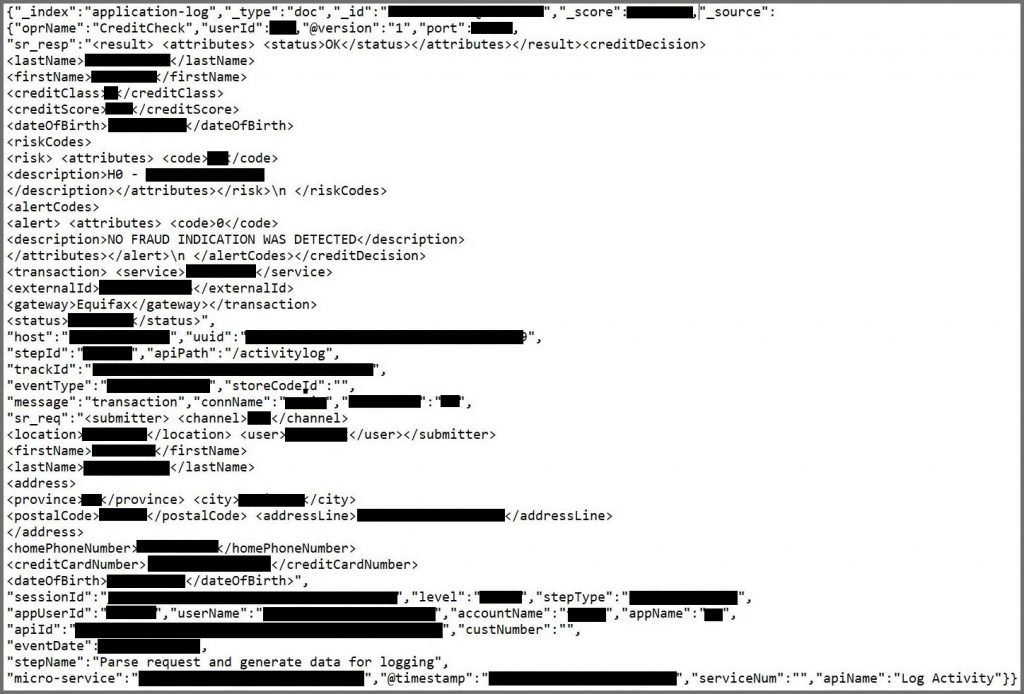 Freedom Mobile (formerly Wind Mobile) is owned by Shaw Communications. In a statement to IT World Canada , Chethan Lakshman, the carrier’s vice- president of external affairs said  the exposed database was held by “a new external third-party vendor, Apptium Technologies.” It blamed the problem to  “a misconfigured server managed by Apptium,” which had been hired to streamline the carrier’s retail customer support processes.

Those affected, Lakshman said, are customers who had opened or made any changes to their accounts at 17 Freedom Mobile retail locations between March 25 and April 15, and any customers who made changes or opened accounts on April 16.

The carrier is conducting a full forensic investigation.

The internal systems of Freedom Mobile or Shaw Communications were not compromised as part of this third party vendor security exposure, the company said.

According to a spokesperson for the Office of the Privacy Commissioner, the OPC was notified Monday afternoon of the breach. Under the new rules of the Personal Information Protection and Electronic Documents Act (PIPEDA), companies that come under federal legislation must report breaches of their data security controls.

Freedom Mobile’s web site has an extensive privacy and security statement. It says in part that “We maintain physical, electronic, and procedural safeguards designed to protect your Personal Information. We review such safeguards on a periodic basis and revise them if necessary. We take reasonable steps designed to limit access to Personal Information only to persons as provided for in this Privacy Policy. ”

(This story was updated from the original to include comments made by Freedom Mobile. The original headline was also changed)

Howard Solomon
Currently a freelance writer, I'm the former editor of ITWorldCanada.com and Computing Canada. An IT journalist since 1997, I've written for several of ITWC's sister publications including ITBusiness.ca and Computer Dealer News. Before that I was a staff reporter at the Calgary Herald and the Brampton (Ont.) Daily Times. I can be reached at hsolomon [@] soloreporter.com
Previous articleHashtag Trending – Canadians distrust social media; Super Micro moves production; Amazon’s delivery network dominates
Next articleGoogle releases Google Pixel 3a and Pixel 3a XL for the midrange market