Touch, gesture, speak, scan: A ‘NUI’ for enterprise IT 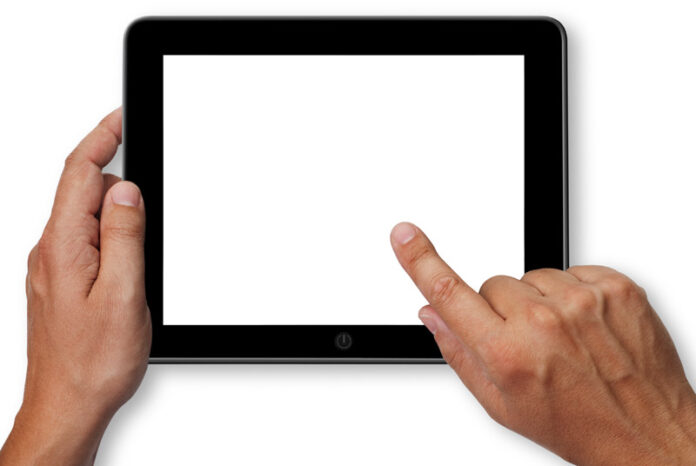 Stand in front of the monitors. Wait until you see an outline of your body lit up with bright lines that look like neon versions of your largest veins on the lower screen. Now raise your hands up and watch the images on the higher screen move around. Jerk your left hand to the side and an object might disappear stage right. Draw a circle and the object might rotate. If it’s not picking up any of your gestures, move closer.

This is the kind of high-tech hokey-pokey to which enterprise users may have to become accustomed if something like Microsoft Corp.’s Natal finds a home in corporations. Right now the system, rigged up with heat-sensing displays and an infrared camera, is being designed to work with Xboxes to one-up the Nintendo Wii’s handheld controller. But deep in the heart of its corporate campus in Redmond, Wash., where ComputerWorld Canada was given an exclusive preview of Microsoft’s newly-designed Envisioning Lab, Natal is being set up along with other prototypes in a showcase for the world’s largest software company’s biggest clients. Other concept input technologies include touch-screen consoles, smart tables which can scan a handheld device and speech-enabled applications.

All these are examples of what Microsoft is calling the natural user interface (NUI), and what the rest of the world has traditionally termed the study of human-computer interaction (HCI). Whichever acronym you choose, it’s an approach that could radically change not only the user experience, but the scope and purpose of technical support. Today, IT departments are responsible for setting up PCs with applications like Microsoft Office and taking care of trouble-shooting. What happens when they also start implementing NUI-style computers that have to respond to individual gestures, speech patterns or fingertips?

Craig Mundie, Microsoft’s chief research officer, is careful to try to manage expectations, suggesting that the NUI will simply complement what’s already there. “NUI doesn’t replace GUI,” he said. “You’ll still use a GUI to open a document, to edit a document, things like that … the idea is here is to turn the computer into a helper, more than a tool.”

There are similar efforts underway by researchers closer to home. Robert Biddle, a professor of HCI at Carleton University in Ottawa, is working with 12 others on a project called SurfNet, which uses a touch-screen tabletop similar to Microsoft’s Surface technology. Rather than aim for the consumer market, however, Biddle said his team is interested in the collaborative review and management of data, especially for those involved in system administration and security.

“We’re particularly interested in development environments that feature strong team rooms, instead of cubicles or carrels,” he said. “These would not only be intended for meetings, but where the actual work gets done. Interaction devices will work well with that. They will take us away from very partitioned environments. We really do accomplish our work around collaborative displays.”

Some companies are beginning to work with multiple screens for such work, but not everyone has the right kind of setup.

“It looks very sexy and very appealing, but at the same time, one of the first things that came to my mind is that they need some kind of surface to project it on,” said Dan Blumenthal, IT director at Mississauga, Ont.-based VitalAire Canada. “Unless you have a lot of glass around, that may not be feasible.”

There may also be physical limitations for certain flavours of the NUI, said Sylvie Noel, who works in the federal government on HCI research. Touch screens are a good example. “If they want to do that, they’re going to need to re-think how they present information to people,” she said. “It’s not bad if you’re using something like an iPhone, but touch-based interactions are actually very tiresome if you do it on a computer in front of you, or if you have to have your arm at an angle all the time.”

Gesture-based input, meanwhile, may not overburden IT staff the way requests for password changes do today, Noel said. “Gestures are very natural so if they do it correctly. If they do a good usability study of it, I don’t foresee it as being terribly difficult to integrate into your everyday workforce.” Mundie referred to the idea of moving from one PowerPoint slide to another with a wave of your hand rather than a remote control, for example.

Blumenthal isn’t so sure. “It’s a little bit like typing on a keyboard today. Nobody learned two-finger typing. This is either a skill you pick up in a young age in school or you probably lost it,” he said. “If it’s not standardized across an organization, how do you make it generic so if people move from one organization to another, you don’t have to learn a new language, if you will?”

There is also a question of how much companies will spend on NUI technologies, which may be the biggest hurdle. Mundie insisted that “all computers in your life should contribute to a unified, contextualized view of you.” But that doesn’t come for free, and upgrades on office tools aren’t as regular as they once were.

“From a user perspective it looks very exciting, but from a corporate perspective, it could cost a lot of money, and you’d have to justify it,” said Blumenthal. “Right now it seems like every new tool like this is about how the customer can learn what the temperature is outside. The customer won’t pay for that.”

Microsoft is counting on the idea that the NUI would go beyond mere input as it becomes more deeply embedded into productivity tools, according to Mundie. “I tell the guys on my team all the time, what I want is to come into my office and the computer will say, ‘Good morning Craig. You got this many e-mail messages. I’ve read through them, and these are the ones that are probably important for you, and I’ve even drafted some responses to them.’”

Such a scenario could create a much different set of demands for IT staff from users, according to Noel. “I guess they are already expecting people to become smarter than they are,” she said. “Even if the interactions that we’re doing today are not natural, they expect the computer to do what they wanted and not what they are telling it. The more natural the interaction is, the more people will expect of the computer.”

Mundie isn’t too worried. “The goal here is that you would train the computer more than you train the person,” he said.

Even if that’s doable, the real change in enterprise IT support might be moving from individual break-fixes to dealing with a technical problem facing an entire team, said Biddle.

“Broadly speaking, humans work best in teams. We think best, we’re more productive and we tend to consider alternative points of view and make imaginative leaps better in teams,” he said. “This will be the kind of support that’s needed for team structures that we’ve always really known are at play.”

Microsoft and other vendors would no doubt build in a lot of rules engines to help ease the way NUI-style products are used, but Blumenthal said you can’t count on that.

“How many of us really do this with the rules available in products today?” he asked. “It’s a question of educating the user. It’s not the speed at which you put information in the computer that counts, but the thought behind it.”

Shane Schickhttp://shaneschick.com
Your guide to the ongoing story of how technology is changing the world
Previous articleProduct servicing the new green business model
Next articleNew wireless entrants encourage foreign ownership