When Cuba restricted access to social media and messaging platforms including Facebook, Twitter and WhatsApp, earlier this month, in the wake of the biggest anti-government protests in decades, Toronto firm Psiphon’s free and open-source Internet censorship circumvention tool came to the rescue of Cubans.

Since the disruptions began, the system software company has seen a huge traffic increase, with a total of 2.89 million unique users from Cuba connected to its network between July 12 and 18, Keith McManamen, strategy analyst at Psiphon told IT World Canada.

“We have a longstanding user base in Cuba, but the recent crackdown on widely used communication apps (WhatsApp, Telegram, and Signal) and social media platforms (Facebook, Twitter, and Instagram) effectively brings Internet censorship into the mainstream, and has driven unprecedented adoption of circumvention tools,” he said.

Psiphon usage reached a single-day peak of over 1.4 million daily unique users from the island, a figure which represents approximately one in every five internet users in Cuba. Moreover, since July 10th when the protests emerged, Psiphon says it has already transferred over 1 PB (1024 TB) of data from Cuban users.

Psiphon is also a popular anti-censorship solution for Internet users in China and Iran, where information controls are carried out with a high degree of technical sophistication.

“What these countries have in common with Cuba is 1) a high level of network centralization, which allows for more granular classification and filtering of traffic crossing the international gateway, and 2) the ability to greatly restrict the landscape of tools that can be effective on those networks, for example VPNs, which are intended for regular network conditions and aren’t typically designed for censorship circumvention, are very easily blocked or degraded by a motivated adversary, like has been observed in Cuba,” McManamen explained. “That’s why the traffic obfuscation and more robust network protocols used by Psiphon are able to hold up in these kinds of blocking environments.”

The biggest challenge facing a free tool like Psiphon is sustainability, according to McManamen. Major censorship events like the one happening in Cuba are known to cause spontaneous surges in network usage that can be difficult to predict and present operational and data costs that are a challenge to support in the long-term. For instance, major censorship that followed the coup in Myanmar in February drove a peak of six million daily unique users to Psiphon’s network, and the company continues to support 4.5 million users from the country daily.

Pragya Sehgal
Can be contacted at psehgal@itwc.ca or 647.695.3494. Born and raised in the capital city of India - Delhi - bounded by the river Yamuna on the west, Pragya has climbed the Himalayas, and survived medical professional stream in high school without becoming a patient or a doctor. Pragya now makes her home in Canada with her husband - a digital/online marketing fanatic who also loves to prepare delicious meals for her. When she isn’t working or writing around tech, she’s probably watching art films on Netflix, or wondering whether she should cut her hair short or not.
Previous articleCoffee Briefing, July 27, 2021 – Zoho’s free online invoicing solution; Hootsuite’s new CMO; Shopify’s new centralized chat tool; and more
Next articleGlobal tech firm sets up Canadian headquarters in Calgary 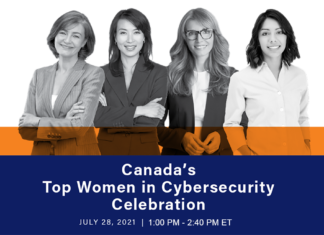