The future of IT: Four points on why digital transformation is a big deal 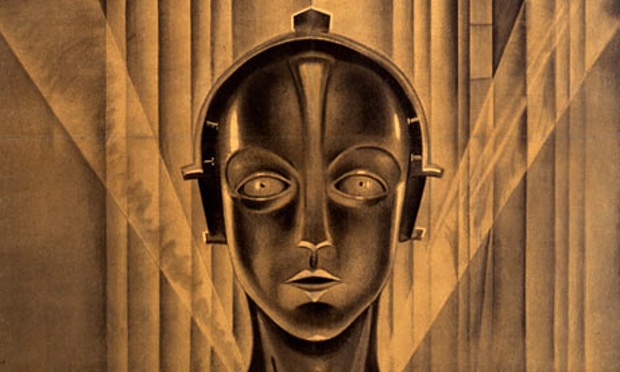 For the IT sector, the concept of digital transformation represents a time for evolution, revolution and opportunity, according to Information Technology Association of Canada (ITAC) president Robert Watson.

The new president for the technology association made the statements at last week’s IDC Directions and CanadianCIO Symposium in Toronto. The tech trends event was co-hosted by ITWC and IDC with support from ITAC.

Digital transformation refers to the changes associated with the application of digital technology in all aspects of human society; the overarching event theme focused on digital transformation as more than mere buzzword, but as process that tech leaders and organizations should already be adopting. Considering the IT department is the “substance of every industry,” it follows that information technology can play a key role in setting the pace for innovation and future developments, offered Watson.

Both the public and private sectors are looking to diversify operations and economies — the IT sector will be the leaders and enable development of emerging technologies including the Internet of Things (IoT): “It is coming for sure and a fantastic opportunity.”

With that in mind, here are four key takeaways from the event.

“Have you ever seen a more dynamic, exciting, and scary time in our industry?”

IDC’s senior vice president and chief analyst Frank Gens outlined reasons why IT is currently entering an “innovation stage” with the era of the Third Platform, which refers to emerging tech such as cloud technology, mobile, social and IoT.

According to IDC, the Third Platform is anticipated to grow to approximately 20 per cent by the year 2020; eighty per cent of Fortune 100 companies are expected to have digital transformation teams in place by the end of this year.

“It’s about a new foundation for enterprise services. You can connect back-end AI to this growing edge of IoT…you are really talking about collective learning and accelerated learning around the next foundation of enterprise solutions,” said Gens.

Takeaway: In a cloud- and mobile-dominated IT world, enterprises should look to quickly develop platform- and API-based services across their network, noted Gens, while also looking to grow the developer base to use those services.

Think of that classic 1927 film Metropolis, and its anthropomorphic robot Maria: While IT has come a long way from Metropolis in terms of developments in robotics, the industry isn’t quite there yet. But we’re close, noted IDC research analyst Vlad Mukherjee, and the industry should look at current advancements in the field.

According to Mukherjee, robotics are driving digital transformation processes by establishing new revenue streams and changing the way we work.

Currently, robotics tech is classified in terms of commercial service, industry and consumer. Canadian firms in total are currently spending $1.08 B on the technology, Mukherjee said.

Early adopters are looking at reducing costs; this includes the automotive and manufacturing sectors, but also fields such as  healthcare, logistics, and resource extraction. In the case of commercial service robotics, the concept works and the business case is there, but not at the point where we can truly take advantage, he said.

The biggest expense for robotics is service, maintenance, and battery life, said Mukherjee.

Takeaway: Industrial robots are evolving to become more flexible, easier to setup, support more human interaction and be more autonomously mobile. Enterprises should keep abreast of robotics developments, particularly the rise of collaborative industrial robots which have a lower barrier for SME adoption. This includes considering pilot programs and use cases that explore how the technology can help improve operations and automated processes.

“China has innovated significantly in terms of business models that the West has yet to emulate.”

Analysts Bryan Ma, vice-president of client devices for IDC Asia-Pacific, and Krista Collins, research manager of mobility and consumer for IDC Canada, outlined mobility trends and why the mobility and augmented or virtual reality markets seen in the east will inevitably make their way to Canada.

China is no longer considered a land of cheap knockoffs, said Ma, adding consider the rise of companies like Xiaomi, considered “The Apple of China.”

With VR in its early days, both Ma and Collins see the most growth potential for the emerging medium coming from the consumer market. Gaming and even adult entertainment options promise to be the first use-cases for mass adoption, with applications in the hospitality, real estate, or travel sectors coming later.

“That will be bigger on the consumer side of the market,” Collins said. “That’s what we’ll see first here in Canada and in other parts of the world.”

Takeaway: Augmented reality (AR) headsets will take longer to ramp up, IDC expects. In 2016, less than half a million units will ship. That will quickly climb to 45.6 million units by 2020, chasing the almost 65 million expected shipments of VR headsets. But unlike VR, the first applications for AR will be in the business world.

“Technology is integrated with everything”

There are currently more than 3.8 billion mobile phones on the planet — just think of the opportunities, offered David Senf, vice president of infrastructure solutions for IDC Canada.

He argued that digital transformation is an even bigger consideration than security — and responding to business concerns is a top concern for IT in 2016. IT staff spent two weeks more “keeping the lights on” in 2015 versus being focused on new, innovative projects. This has to change, said Senf.

IT is living in an era of big data and advanced analytics. As cloud technology matures — from just being software-as-a-service (SaaS) to platform-as-a-service (PaaS) and infrastructure-as-a-service (IaaS) — CIOs should think about the cloud in a new way. Instead of just the cloud, it’s a vital architecture that should be supporting the business.

“Organizations are starting to define what that architecture looks like,” said Senf, adding the successful ones understand that the cloud is a competitive driver, particularly from an identity management, cost, and data residency perspective.

Takeaway: If the infrastructure isn’t already ready for big data, it might already be behind the curve. Senf notes CIOs should ensure that the IT department is able to scale quickly for change — and is ready to support the growing demands of the business side, including mobility public cloud access.

Get ready to experiment and become comfortable with data sources and analysis. This includes looking at the nature of probabilistic findings — and using PaaS, he added.

-with files from Brian Jackson