The 19th annual Canadian Telecom Summit, like most other 2020 events, went virtual this year. Usually held in June, organizers delayed it in hopes that the pandemic would abate, then pivoted to present the industry with a virtual version of the popular features of the live Summit over three days, including updates from CRTC chairman Ian Scott, the Regulatory Blockbuster, some discussions around 5G and AI, and a closing keynote by the Government of Canada’s minister of innovation, science and economic development, Navdeep Bains.

Here’s a look at a selection; visit the virtual Summit’s website for replays of the full sessions.

Inequality and the impacts of COVID-19 on women and the workplace: A catalyst for positive change or further divide? 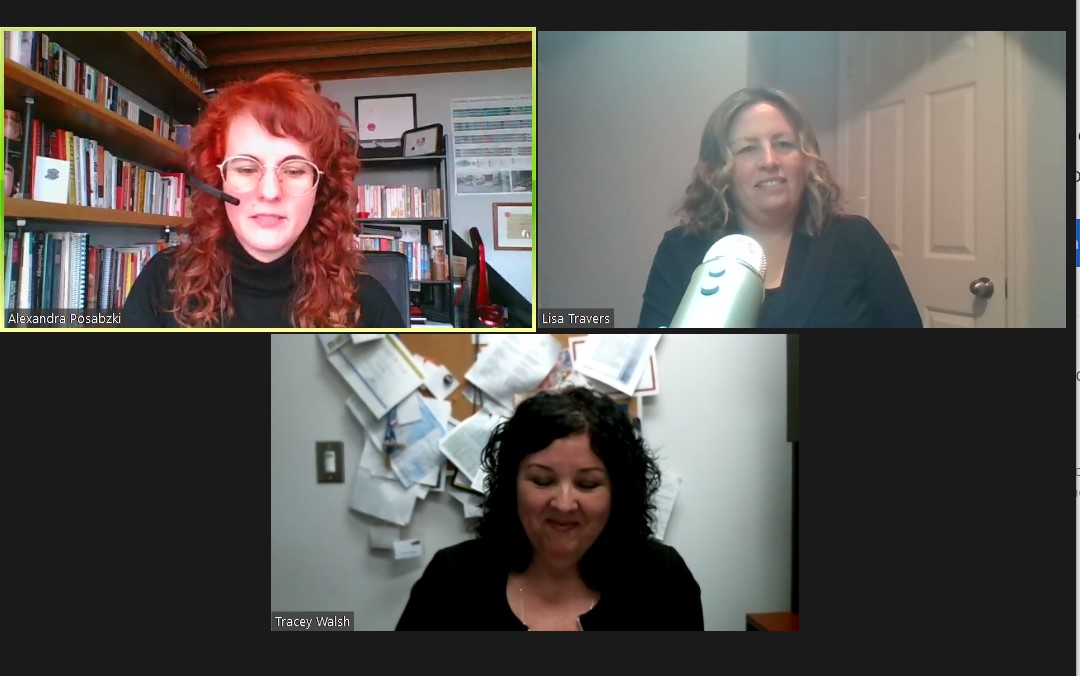 Globe and Mail reporter Alexandra Posadzki moderated a discussion between Lisa Traverse, director of marketing at Alliance Corporation and Tracey Walsh, senior manager national business development, real estate solutions in the media technology and infrastructure services team at CBC/Radio Canada on how the inequality between genders has been amplified during COVID-19.

Women are 39 per cent of the workforce, Walsh pointed out, but represented 54 per cent of COVID-related job losses. And almost 25 per cent are considering leaving the workforce for good – they can’t handle the stress of caregiving and domestic duties as well as working from home. And that, said Traverse, will not only affect Canada’s gross domestic product, it will mean that there will be less spending overall.

Their solutions: universal childcare at reasonable prices (they lauded Quebec’s $7 per day model), retraining of those whose jobs became obsolete, and evening out gender roles so men think it’s normal to take care of kids too.

Huawei Canada’s chief security officer, Olivera Zatezalo, spoke with the Globe and Mail’s Alexandra Posadzki about the security and privacy implications of 5G and AI. “It’s a very important ecosystem that we need to understand and analyze,” she said. We need standards, policies, and controls in place.

However, she pointed out, while 5G has a more secure foundation than 4G, its attack surface will be larger, and attacks will be more sophisticated. Hackers will use artificial intelligence (AI) to defeat security. Since IoT also involves the cloud, it’s important to look at that as well as the communications component – and it all needs to be managed.

“Cybersecurity is a foundation for good privacy,” she said. “You have to look at them together.” 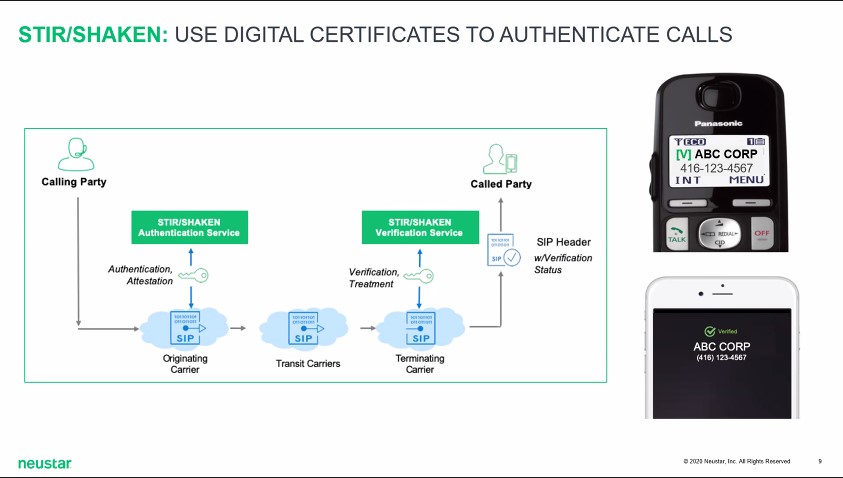 STIR/SHAKEN isn’t just about James Bond’s martinis. At the Summit, several sessions were devoted to these technologies that will help eliminate those phone calls allegedly coming from someone you know but that actually originate from who-knows-where in Scamville, with a spoofed Caller ID.

Aside from vastly improved user experience, it also opens new revenue streams for carriers via rich call data. Rich call data contains information about who is calling and why – data such as name of business, logo, picture, and call reason (for example, a dentist is calling with an appointment reminder). Together with SHAKEN’s digital certificates, the information lets consumers rest easy knowing that the caller is who they say they are.

We can’t do this critical technology justice in these few words; check out IT World Canada’s thorough look at STIR/SHAKEN here. 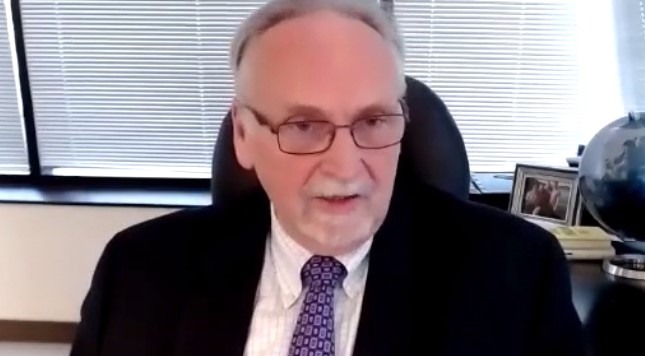 CRTC chair and CEO Ian Scott noted that we’re managing our way through what is probably the most disruptive time we’ve ever seen, and we’re managing it through connectivity. However, he acknowledged that rural and remote areas are still underserved.

He thanked providers for their voluntary efforts in keeping people connected throughout the pandemic, saying, “This response was distinctly Canadian.” In other countries, regulators required many of the actions that Canada’s providers did on their own initiative.

He then pivoted to discussing cybersecurity in the age of COVID and reported on a number of scams that the CRTC and other agencies have addressed, and what the industry is doing to protect consumer privacy and security.

Finally, he touched on the response to the Universal Broadband fund, which has had more than 600 applications totalling twice the available funds, as well as other issues before the Commission.

Ethical in the age of AI 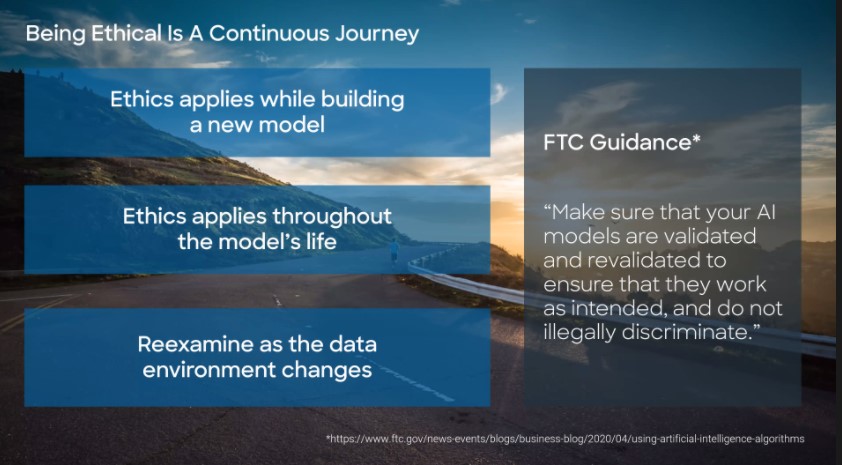 Scott Zoldi, chief analytics officer at FICO, presented a thought-provoking session on addressing the ethical concerns in this age of AI. Responsible AI, he said, recognizes that AI should be robust, explainable, ethical, and efficient.

Robust AI is “built to withstand abuse”; it has features such as proper problem formulation, bias detection, the appropriate models and machine learning architectures.

He showed how to make AI explainable, saying that it’s not ethical to use AI if we can’t explain how it works, and some models are more explainable than others.

“Being ethical means NOT being blind to biases,” he noted. And it means continually monitoring to ensure a model doesn’t develop bias over time.

Efficient AI, in Zoldi’s organization, not only means having a corporate documented process for developing AI, it uses a blockchain to create an immutable record of everything that’s done, what needs to be monitored, what the model is sensitive to.

“With that,” he said, “we have an ability to have a responsible AI framework, where we can demonstrate that we’ve build the models to be resistant to change, we understand what drives those models, we’ve demonstrated whether they’re biased or not and we can monitor for that, and we have a monitoring program around what to monitor and how to adjust when things go wrong. Those four pieces are really the tenets of responsible AI.” 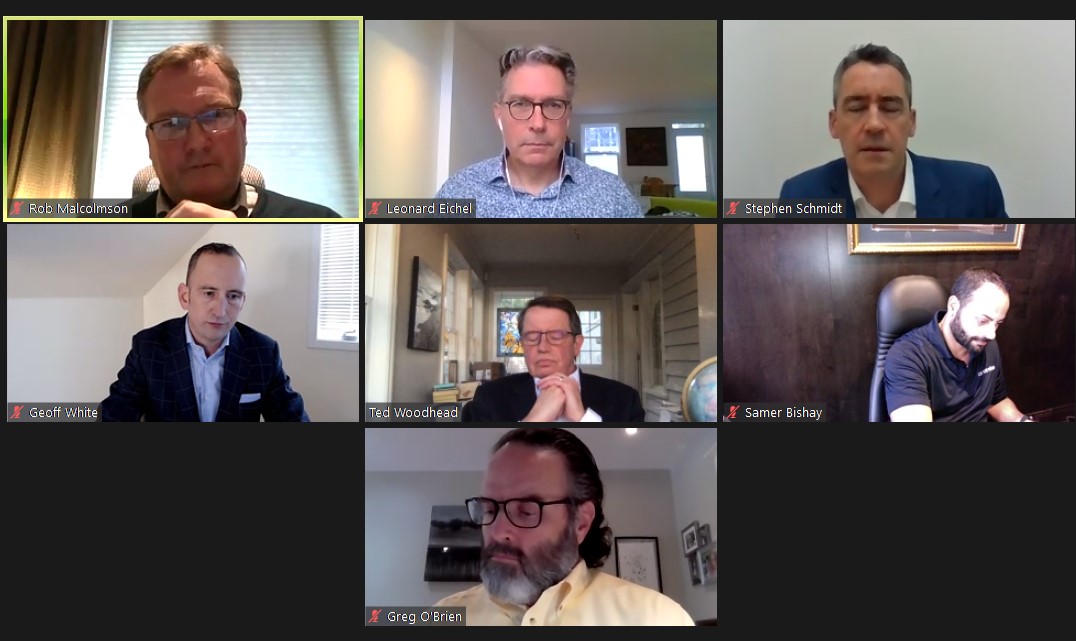 Did the two groups agree on much? Don’t be silly – that’s what makes the blockbuster so much fun. The independents argued that the incumbents are gaming the system and trying to stifle competition (White called it “the slowest moving temper tantrum in Canadian telecom history”). The incumbents countered that the regulatory environment wasn’t working, hence the appeals of CRTC rulings. And a good time was had by all.

The Government of Canada’s minister of innovation, science and economic development, Navdeep Bains closed out the conference. Like CRTC chair Scott, he praised providers for their efforts in minimizing the impact of the pandemic and described government initiatives to do so.

He then made a surprise announcement that the government has launched a consultation on proposed changes in the 6 GHz band to triple the unlicensed spectrum for WiFi. The license-exempt spectrum provides more resources for providers to offer broadband services in rural and remote areas, he explained. It will also offer more resources for 5G, and in densely populated urban areas.

“Our goal is to position Canada as a global leader so that future generations of Canadians will always benefit from the best technologies the world has to offer,” he said. “Bridging the digital divide is one of our top priorities.”

Lynn Greiner
Lynn Greiner has been interpreting tech for businesses for over 20 years and has worked in the industry as well as writing about it, giving her a unique perspective into the issues companies face. She has both IT credentials and a business degree.
Previous article
Hashtag Trending – Amazon Sidewalk; Banks extend WFH policies; Black Friday data
Next article
Cyber Security Today – Executives email passwords for sale, a ransomware attack on industrial systems manufacturer and online shopping tips