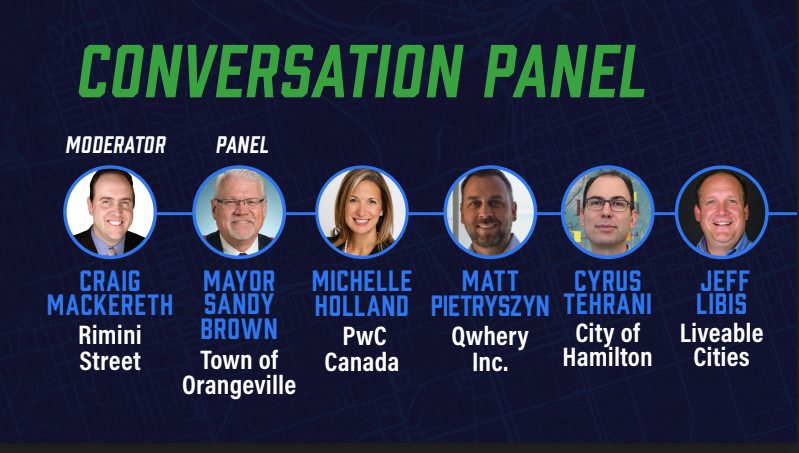 While one of the more obvious “COVID silver-linings,” as described by a panel of experts during Technicity GTA this week, comes from the rapid acceleration of digital transformation within municipality services, another positive side-effect has been the spike in citizen engagement with those services themselves.

“We have very engaged citizens. They’re adopting the technology, and they also want to be informed,” Tehrani said during Technicity’s “Conversation Panel” hosted by Craig Mackereth, senior vice-president of global support at Rimini Street. “This has also driven huge amounts of traffic to the city’s websites and the other communication channels that exist within the municipality.”

Dashboards, in general, have been hugely popular among citizens looking to stay up to date about the pandemic. The Johns Hopkins Corona­virus Resource Center was one of Time magazine’s Best Inventions of 2020, a clear sign that access to open data is something that regular citizens are not only well-versed in, but actively seeking.

“I think that’s really exciting,” said Matt Pietryszyn, voice strategy lead, founder of Qwhery Inc., adding their organization’s latest goal is to deliver some of that open data to people through their voice assistants.

Former Toronto city councillor and the current director of public sector and cities for PwC Canada, Michelle Holland, said the pushback against the proposed and now-failed Sidewalk Labs smart city project happened because the collection of data wasn’t being done right.

“I find residents are much more apt to share their data if it’s somehow being returned to them and going back into the community,” she said. “I’ve seen people develop a much deeper understanding of data and the collection of data and how that’s utilized to make better decisions for the community.”

The City of Toronto’s Open Data Master Plan, published in 2017, is a strategic framework and roadmap for the city to advance Toronto’s vision for open data until 2022. According to the master plan itself, the city has published an average of 25 to 30 datasets per year since 2009 and currently has a total of 258 datasets and over 1,100 datafiles available. People are simply craving for more information about city services and their own neighbourhoods.

Jeff Libis, VP, Liveable Cities pointed to the simultaneous rise in the appetite for better access to that open data. “It’s funny how fast expectations around access and quality of data have changed during the COVID area. A lot of people used digest a ton of information but might not have been able to interact with it the way they do now.”

Orangeville Mayor Sandy Brown highlighted the importance of partnerships and outside investments. “We were fortunate to have a $56 million investment by a local telecom called Wightman to put fibre in our town for the next couple of years.” That decision was made before COVID, a decision that clearly paid off after the events of 2020. Without added capacity, remote work doesn’t happen, no matter how powerful your machine is.

He also described how the town rapidly mapped out certain routes for families to drive through this Christmas, replacing the traditional Santa Clause parade that normally takes place around this time of the year. The information was distributed through the town’s website and app.

Visit www.Technicity.ca for more information and to watch the sessions on-demand!