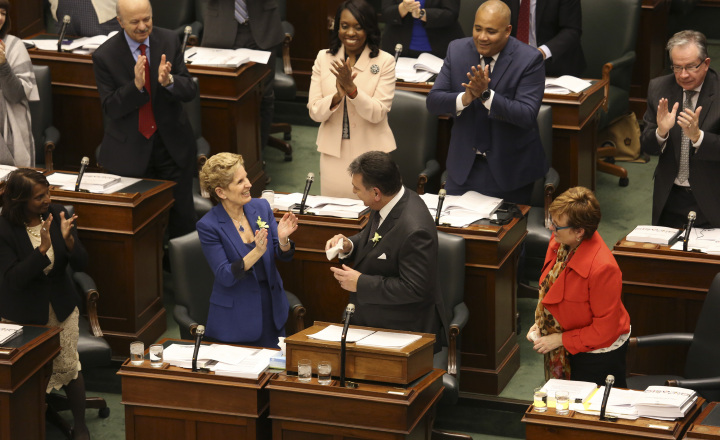 Ontario’s last provincial budget before the June 7 election creates a $6.7 billion deficit and it’s not as packed with tech-spending line items as the federal budget was earlier this year.

But just because the provincial Liberals aren’t funding superclusters doesn’t mean there’s not net new spending that will make an impact on the tech industry.

The big ticket spending item for technology in this budget is $500 million on broadband infrastructure over the next three years. This will target rural and northern communities.

Ontario is investing in new fibre optic infrastructure to help connect schools. That includes a commitment of $30 million towards 880 km of new fibre to connect five Matawa-member First Nations.

Connectivity will also be enhanced using cellular connectivity, with $71 million towards improving coverage in the eastern part of the province. Satellite broadband will also play a role, with $20 million to Telesat to support a satellite project that will beam broadband services into rural and remote Ontario.

While the $11 billion in spending carved out for the Liberals’ new high-speed rail line isn’t directly going towards a technology boost, it will serve to connect a high-density corridor that province is calling a “technology cluster,” namely the concept of the Toronto-Waterloo corridor along Highway 401.

Environmental assessments are planned for a seven-stop high-speed rail line that includes Windsor, Chatham, London, Kitchener, Guelph, and Toronto. The first stage of construction would build the line from Toronto to London.

Ontario is committing $132 million over the next three years to strengthen partnerships with local businesses. This funding will be focused on science, technology, engineering, and math (STEM) fields with a goal of increasing graduates in this area by 25 per cent. The idea is that students get the benefit of hands-on training, and in some cases get paid for the work they’re doing.

In the budget, the government points to a collaboration between Carleton University and Ottawa-based ecommerce software firm Shopify. Shopify plays the role of industrial partner for the Computer Science Honours Industrial Applications internship. This program sees students both earning credit towards their curriculum and a paycheque from Shopify. The new funding would enable more partnerships like it.

As an example, the budget points to a Niagara College program that offers students a Virtual Dementia Tour. It uses simulations to develop empathy for those living with dementia.

Ontario’s committing to $28 million in funding over three years to create a provincial Digital Public Library. This will provide access to digital content including e-books, music and audiobooks, research databases, and other varieties of web materials.