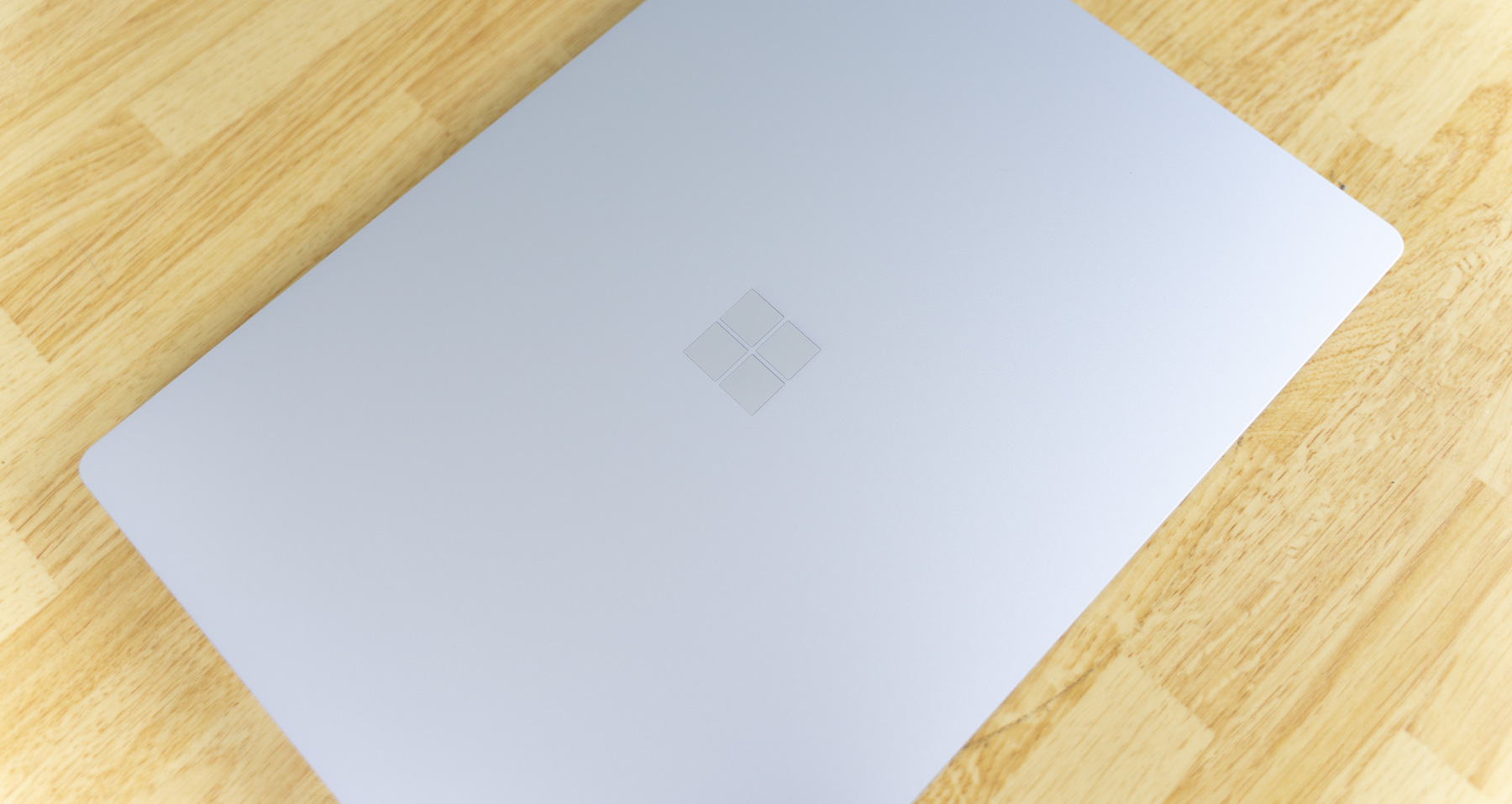 The Surface Laptop returns for its third reiteration. This time around, Microsoft has added a bigger display, removed the fabric covers from the wristrest, and sourced processors from both Intel and AMD. 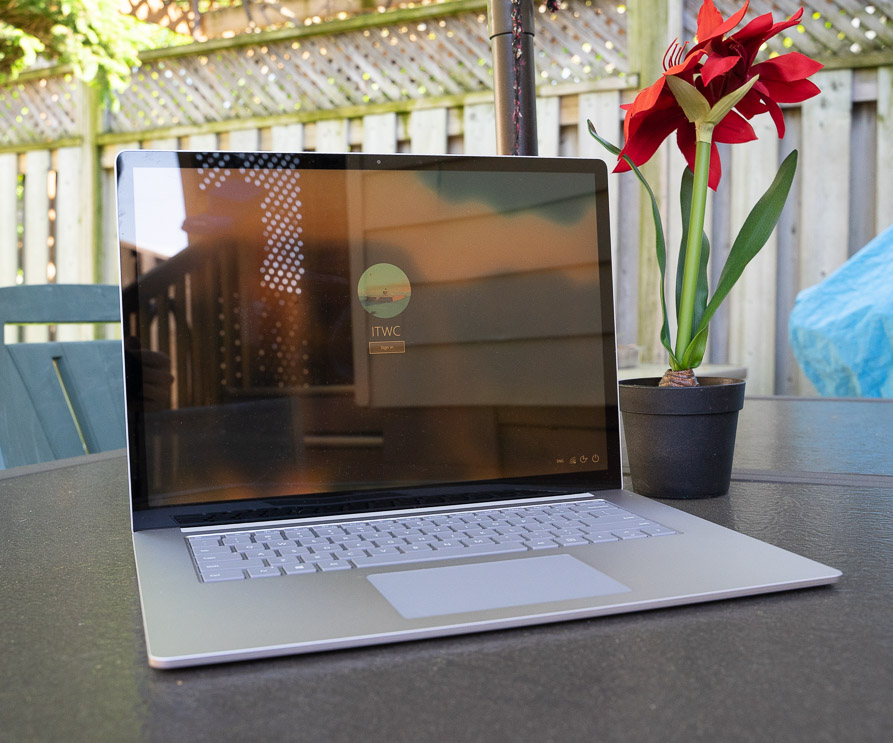 The Surface Laptop 3 sources processors from both Intel and AMD. The AMD processors in Microsoft’s Surface Laptop 3s are specifically optimized for these devices. With that said, having more options means more confusion for the buyer, a confusion we should address before we dig into the review.

Microsoft only uses AMD processors –the Ryzen 5 3580U and the Ryzen 7 3780U processors for its consumer Surface Laptop 3 15-inch models. The consumer 13-inch variant, as well as business 13-inch and 15-inch models, all use Intel’s 10th-gen Ice Lake mobile processors.

For its 13-inch and business customers, Microsoft exclusively uses the Intel Core i5-1035G7 or the Core i7-1065G7 processors. Intel variants cost CA$170 more than AMD models at the same RAM and storage capacities. Microsoft doesn’t offer the Intel-based Surface Laptop 3 15-inch on its consumer product page; it can be purchased through its business website. 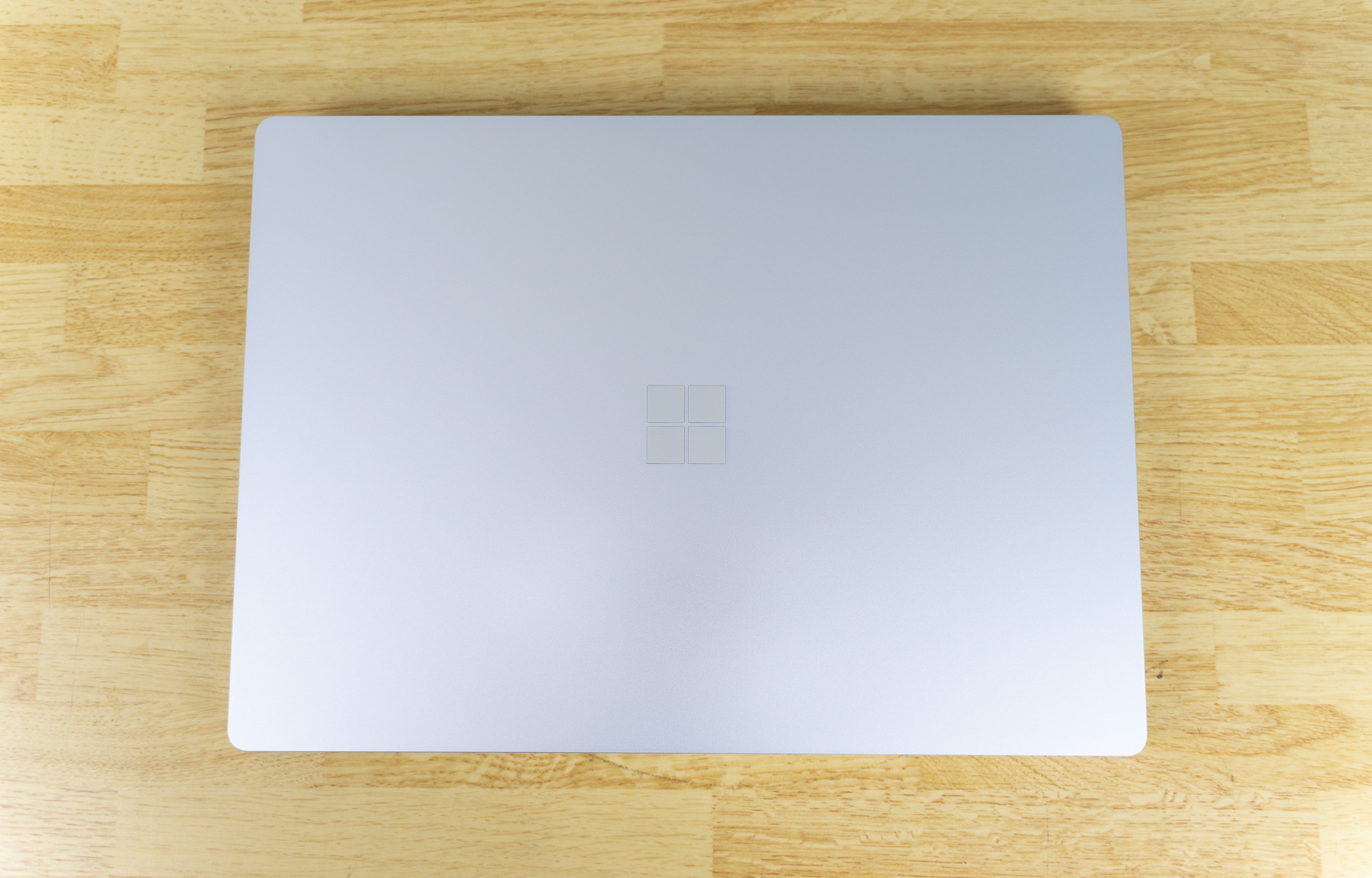 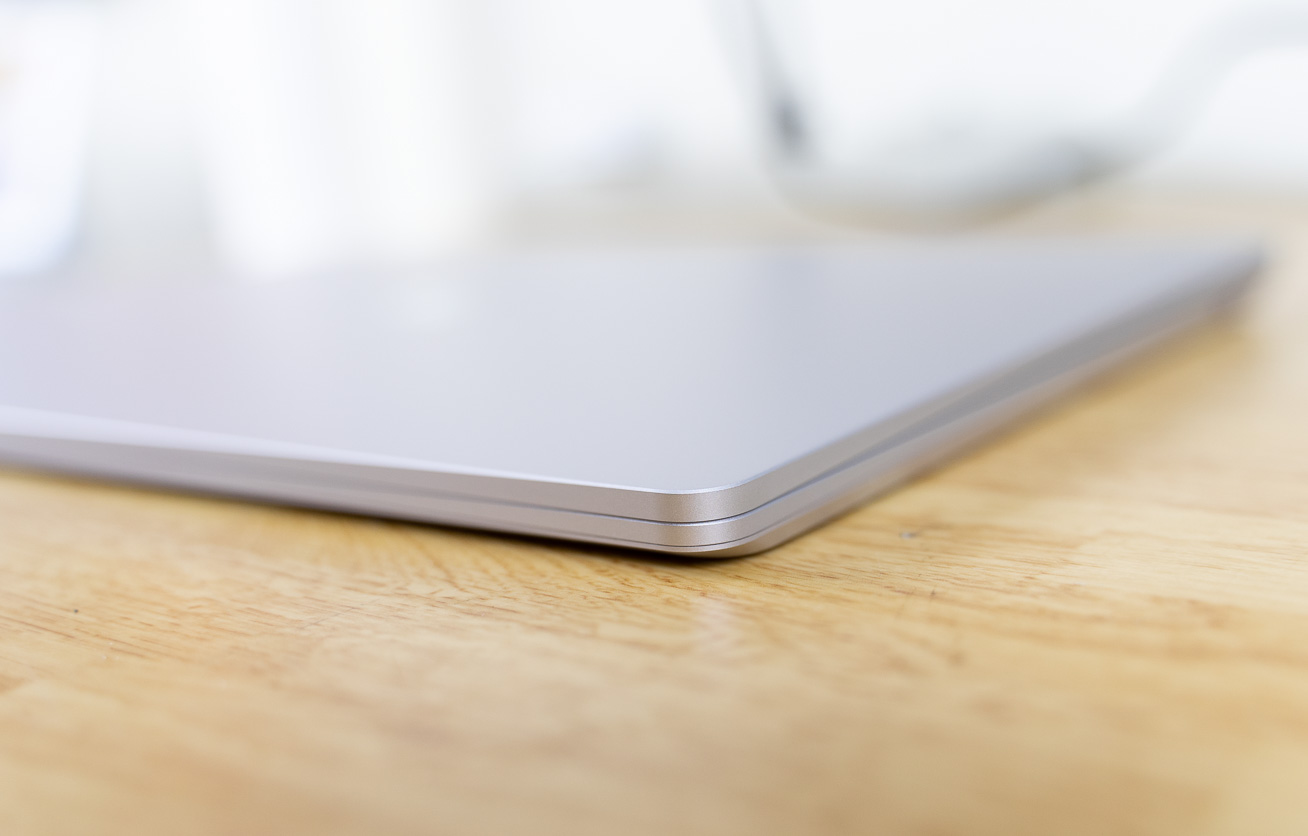 From the lid to the base, the Surface Laptop 3 features sharply chiselled lines for a stoic look. 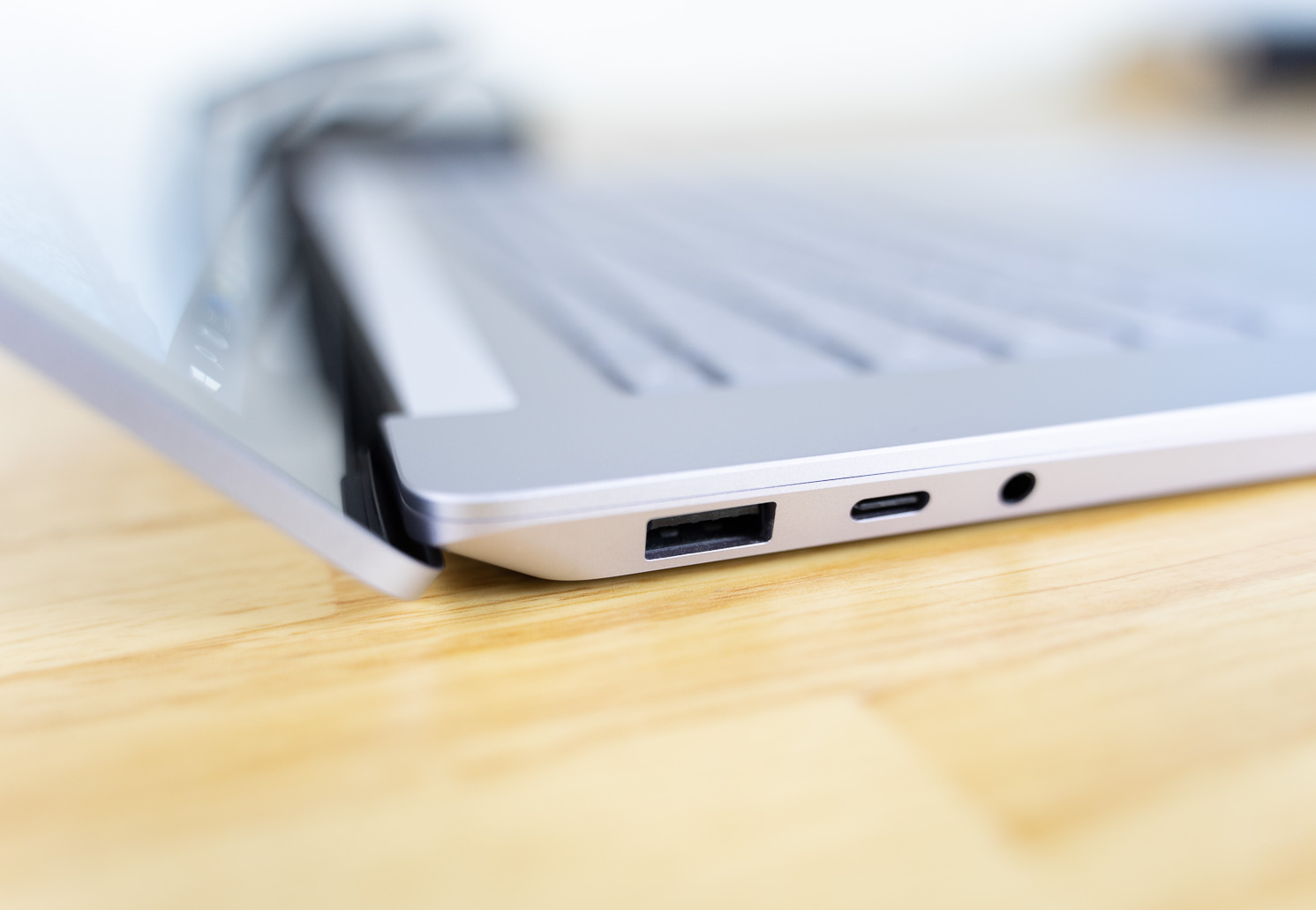 Coming with a single USB-A and a USB-C port, you’ll need to buy adapters or the Surface Dock if you have multiple devices or need to connect to Ethernet. 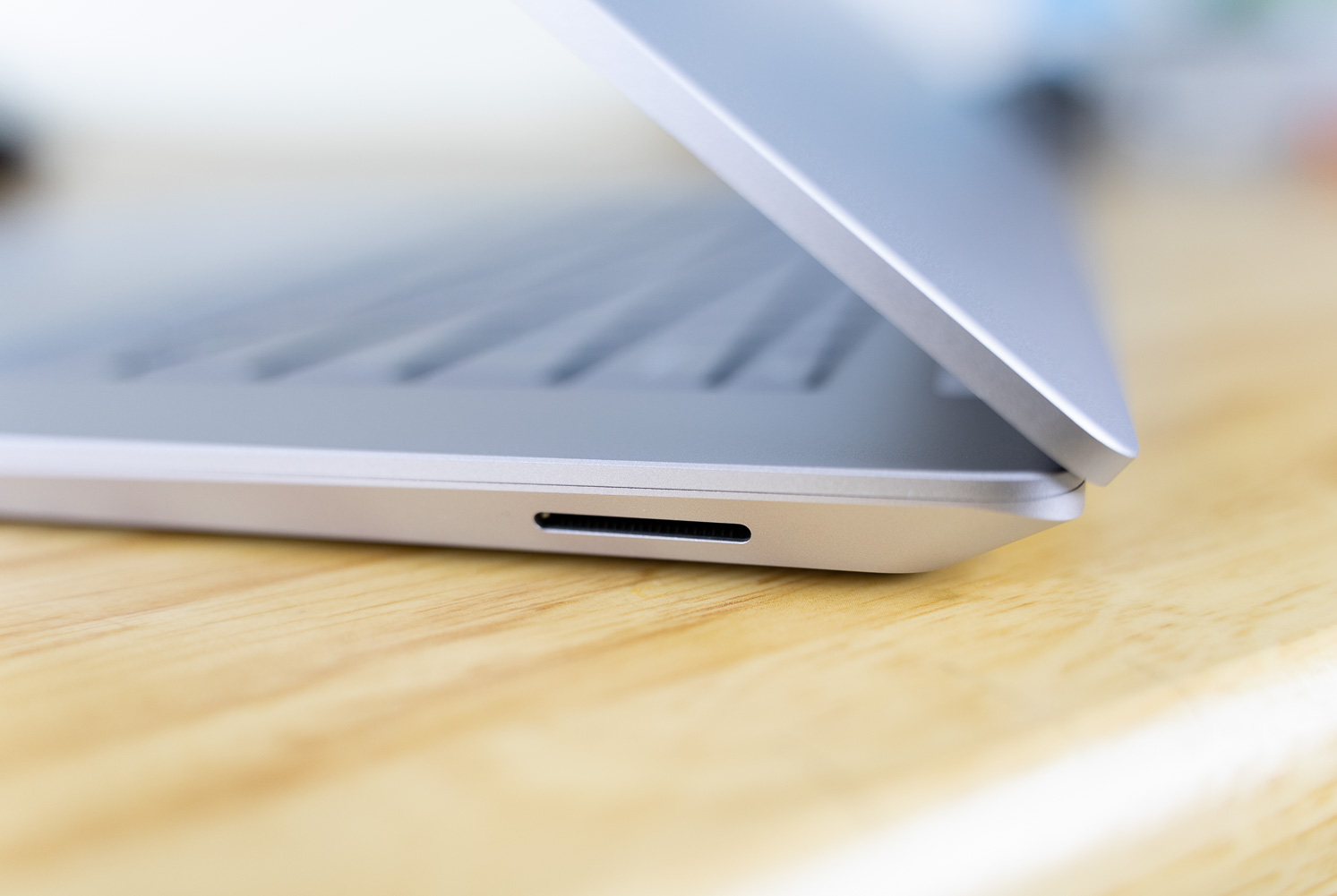 Only a charging connector sits on the right edge. The connector latches onto the device magnetically so it won’t yank your laptop off the table if someone trips over the cable. This is also where the Surface Dock connects to. 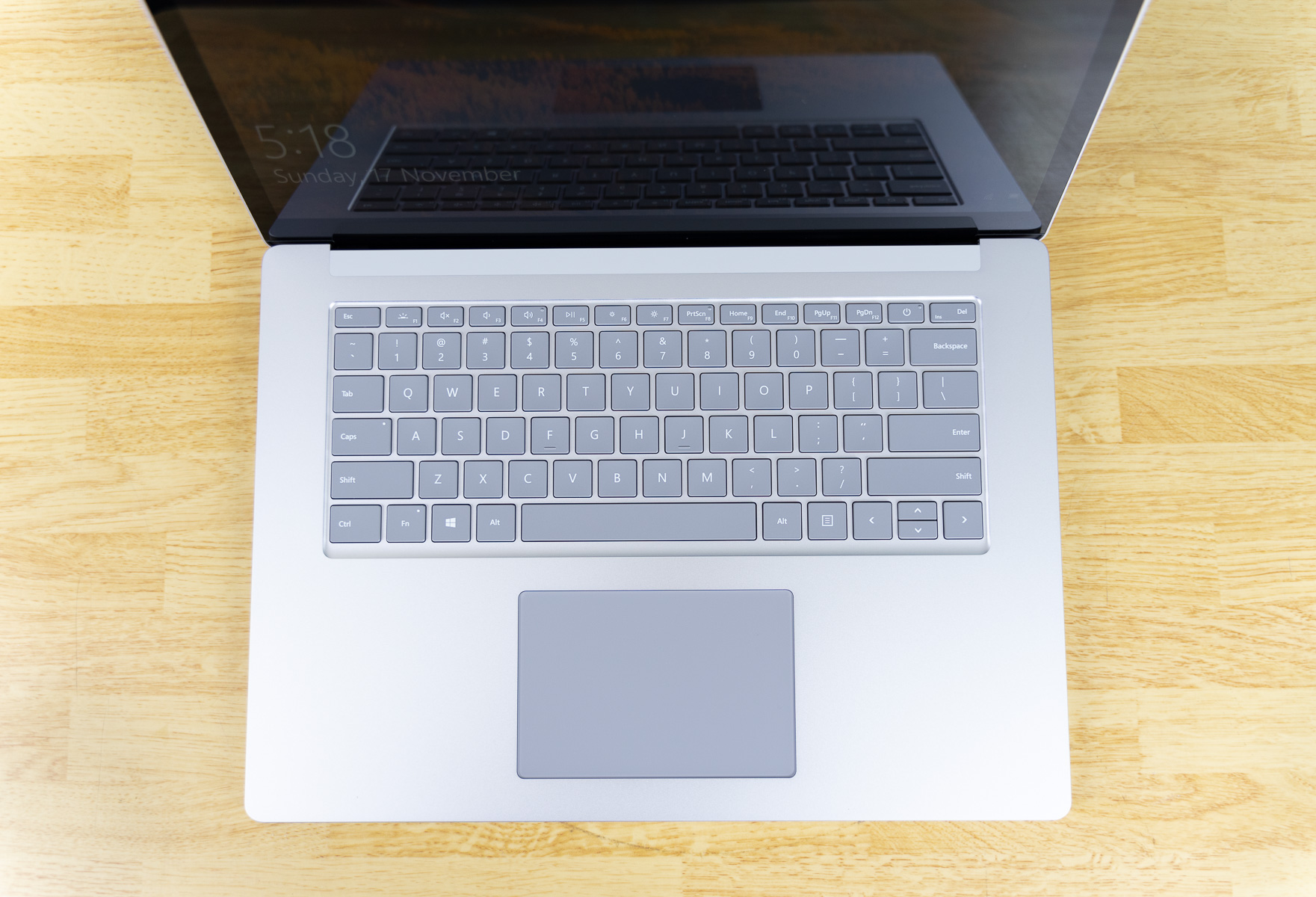 A large keyboard and glass trackpad populate the interior. Although the Surface Laptop 3 omits a number pad, it allows the keyboard to sit in the center, orienting the typists directly in front of the screen. Microsoft now offers Surface Laptop 3s without the Alcantara fabric materials and instead exposes the raw metal for the palm rest. It’s a shame that even with ample room on the side, Microsoft has not installed upward-facing speakers.

With a Spyder 5 Pro colorimeter, I measured the display to cover 98 per cent of the sRGB colour gamut, enough for editing pictures for the web. Although it doesn’t support HDR, it did reach an impressive peak brightness of 398nits, bright enough to fend off glare against bright overhead lights. In addition, all Surface displays are factory-calibrated for supreme colour accuracy.

While the screen is eye-candy, the neurotic ambient light sensor got on my nerves. Under a consistent office room lighting condition, the display brightness would randomly ramp up and down. I’m sure this can be addressed through a software update, but the fix doesn’t seem to be present in the latest version of Windows 10 Home (as of May 26, 2020).

Like all Surface devices, the Microsoft Surface Laptop 15 supports the Surface Pen. Because the display doesn’t fold 360-degrees, the pen is more suited to making quick annotations as opposed to sketching.

As aforementioned, Microsoft decided to source both AMD and Intel processors for the Surface Laptop 3. The 15-inch model features either a 4-core / 8-thread Ryzen 5 3580U or Ryzen 7 3780U Surface Edition processor, earning their names from Microsoft’s partnership with AMD to optimize these chips specifically for the Surface Laptops.

Both the Ryzen 5 and Ryzen 7 processors use integrated graphics based on AMD’s Vega architecture.

AMD hasn’t had a significant presence in mobile platforms for years. Frankly, I don’t remember ever seeing an AMD processor in a flagship laptop before 2018. AMD’s return was made possible by a cohort of factors, including Intel’s processor supply constraint and the increasingly competitive performance of AMD’s Ryzen processors. 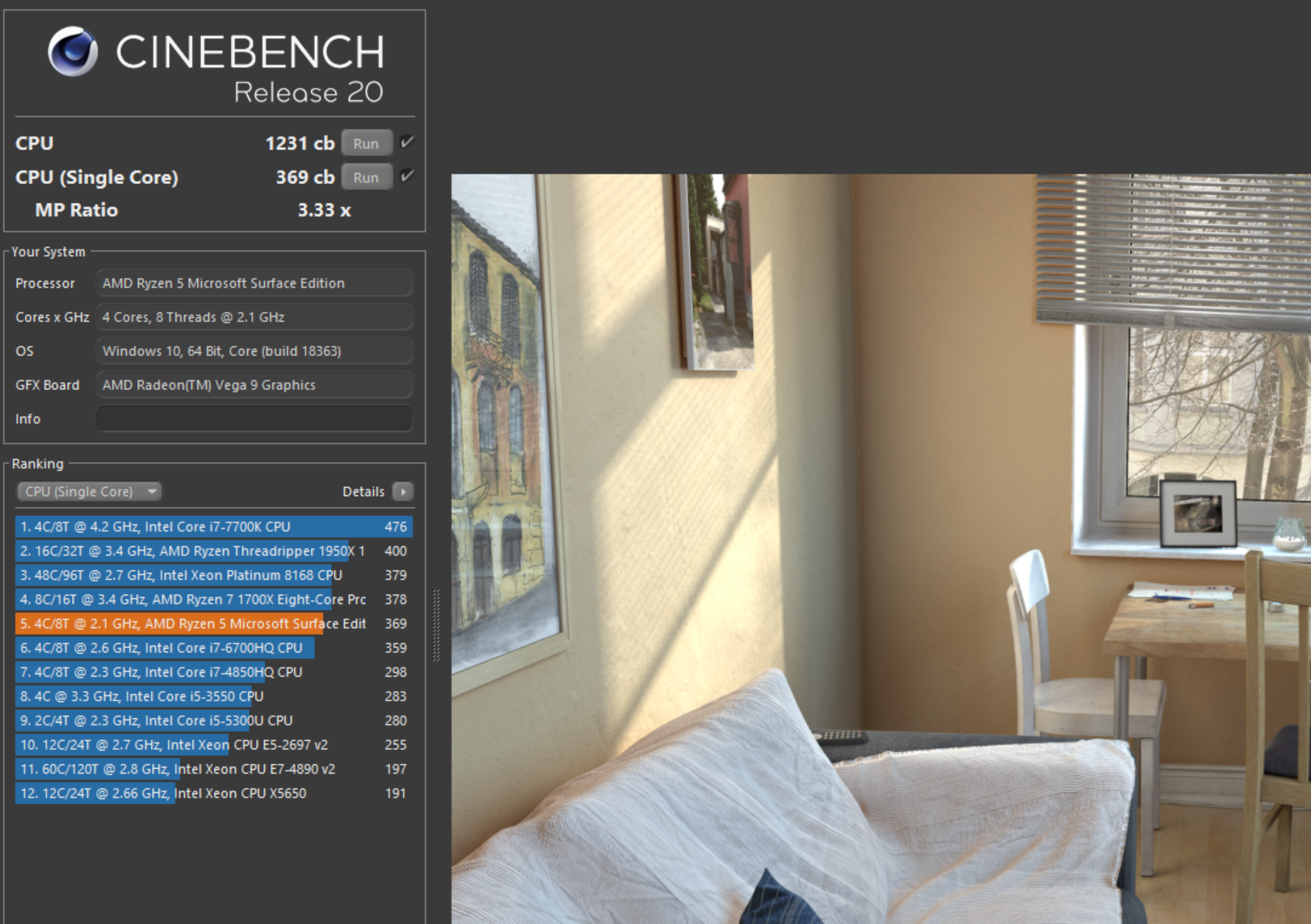 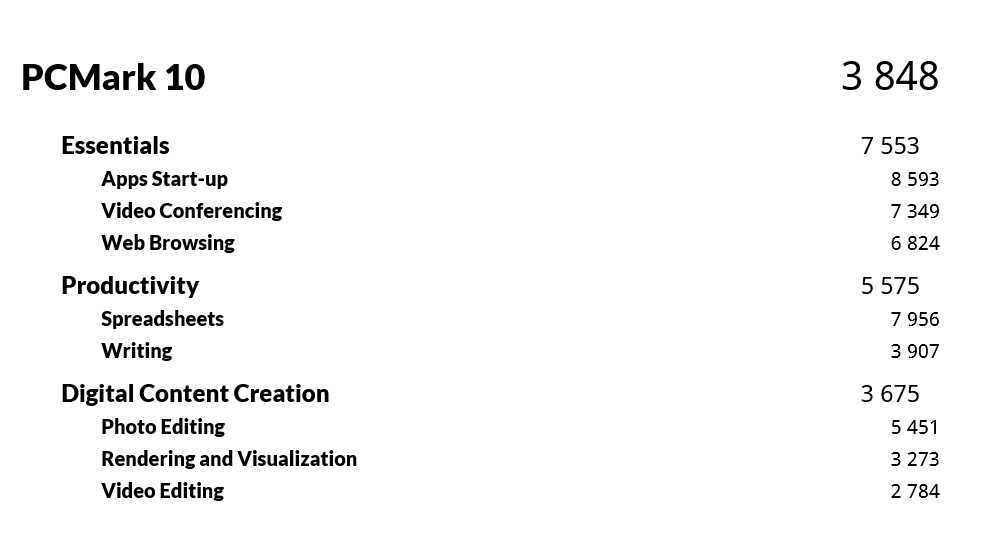 A score of 3848 once again lags behind the LG gram 17 and its Intel Core i7-1065G7 in the Essentials (8820) and Productivity (6869) suites. Interestingly, the Surface Laptop 3 was able to best the LG gram 17 in Digital content creation (3285) thanks in part to its beefy integrated Vega graphics.

Geekbench puts the processor through a mix of workload intensities and spits out a score based on the combined total. These include basic arithmetic, image compression, and web processing. It’s a quick and easy benchmark for measuring a processor’s burst performance.

The Ryzen processor was demolished by the Intel Core i7-1065G7. The Intel chip scored 5663 and 14985 in single and multi-core performance respectively.

CrystalDiskMark paints a snapshot of the disk drive’s performance at varying queue depths and thread count. The most important metric to a consumer mobile device is sequential and random access speeds at low queue depth and low thread count. 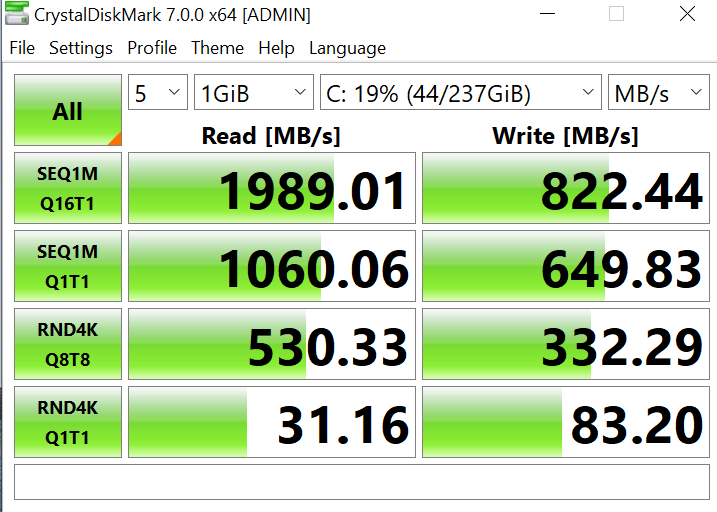 It sucks that a laptop in 2020 still starts with just 128GB of storage. Nevertheless, the Surface Laptop 3’s SSD is not slow by any means, scoring nearly 2GB/s and 31MB/s in sequential and random reads respectively.

Synthetic benchmarks are great at slotting a device on a hierarchy, experience is where it counts.

This is where the Ryzen mobile processor falls short. my AMD-equipped model struggled to reach a full day of productivity, often hitting power-saving mode at around the 7-hour mark. My day-to-day apps include browser-based applications like the Google suite, watching web conferences, attend remote meetings, and manipulating images.

Microsoft’s excellent keyboard returns on the Surface Laptop 3. The large keycaps have a grippy, powder-like finish that prevents fingerprints from accumulating too quickly. Key actuation is soft, quiet, yet very tactile. I had no problem transitioning from my mechanical keyboard to working on the Surface Laptop 3 all day. The keys are backlit with white backlights, making key searching in the dark a thing of the past.

The glass trackpad is spacious and exceptionally smooth as well. Microsoft has seriously improved its trackpad’s accuracy and reliability over the years. The large slab of glass has a velvety-smooth finish that resembles marble.

Compared to the Surface Pro convertible tablet PCs, I much prefer the one of the Surface Laptop 3 due to its solid base. Its rigidity and weight eliminates keyboard wobble and is easier to rest on my lap.

In AIDA64 Extreme’s CPU stress test with the FPU and cache options enabled, the Surface Laptop 3 barely broke 45 degrees after 15 minutes. The temperature was so low that I had initially thought a faulty temperature probe was misreporting the results. My infrared thermometer showed that the bottom of the laptop reached around 40 degrees, proving that the internal temperature readings weren’t far off.

As robust as the cooling solution is, it couldn’t totally channel heat away from the keyboard. The top left quadrant of the keyboard was uncomfortably hot when the laptop was under sustained load during a major Windows update, and was also bothersome when I edited photos in Adobe Lightroom.

Low temperatures mean more than just lower throttling. It also prevents the laptop from turning your legs into roast. In addition, heat also poses a threat to the battery’s longevity.

Despite its tepid load temperatures, the processor’s clock speed still had to throttle from the advertised 3.7GHz boost frequency. At 45C, the Ryzen 5 3580U bounced between 3GHz to 3.4GHz on all cores.

When running day-to-day workloads like web browsing, video streaming, and word processing, the fans are completely inaudible. It’s only during heavy sustained workloads such as batch exports in Lightroom that it starts to whine. Even then, it’s far from annoying.

There’s much to love about the Surface Laptop 3. From the solid build and premium aluminum build, to the brilliant keyboard and picture-perfect display, the Surface Laptop 3 15 has all the marks of a brilliant business device. The USB-C and USB-A ports are enough to juggle multiple devices across the ports without a hub most of the time, although an extra USB-C port on the 15-inch model won’t hurt.

Most of the Surface Laptop 3’s flaws–like the annoying screen brightness issue–can be addressed through software updates. With that said, its base storage needs to be upgraded from 128GB to 256GB. Also, its battery life may struggle to last a single day. This seems like a problem specific to AMD models; other reviews indicate that Intel variants sport a much longer battery life.

It will be interesting to see if Microsoft will continue to source processors from AMD for its next Surface Laptop refresh. At the time of writing, AMD’s new Ryzen 4000 series mobile processors are showing promising performance and efficiency improvements, earning their position in a variety of business designs like the HP ProBook.

Tom Li
Telecommunication and consumer hardware are Tom's main beats at IT World Canada. He loves to talk about Canada's network infrastructure, semiconductor products, and of course, anything hot and new in the consumer technology space. You'll also occasionally see his name appended to articles on cloud, security, and SaaS-related news. If you're ever up for a lengthy discussion about the nuances of each of the above sectors or have an upcoming product that people will love, feel free to drop him a line at tli@itwc.ca.
Previous articleHashtag Trending – TikTok booms; virtual workouts; VPN demand in Honk Kong surges
Next articleCyber Security Today – Calling for an end to cyberattacks on healthcare, an Android security update, and an alert to Discord users