Salesforce is making the development tools that its own internal mobile app development team uses to partners and customers. Lightning uses a component framework approach to building apps, giving developers access to pre-baked capabilities commonly found in apps such as a search bar, an updates feed, or a photo-capture tool. A new graphical user interface offers business professionals an easy way to build their own in-house apps by picking and choosing what components they need, and what data is pulled in.

According to Scott Holden, vice-president of platform at Salesforce.com, Lightning is all about helping Salesforce companies build apps faster.

“This is not a B2C game any more, it’s not about people playing Candy Crush on their iPhones,” he says. “It’s not about running fast in a straight line, it’s about iterating quickly.”

Packaged with the new Lightning platform a a range of new features and applications:

Lightning Framework – Developers can use the same tools that Salesforce.com’s internal team does to crate new custom components for mobile apps.

Lightning Components – Where components have already been created for certain functions, developers can just drop those into new apps they are creating. Examples of already-existing components include feed, list, chart, search, and navigation. New components can be accessed on the Salesforce AppExchange. 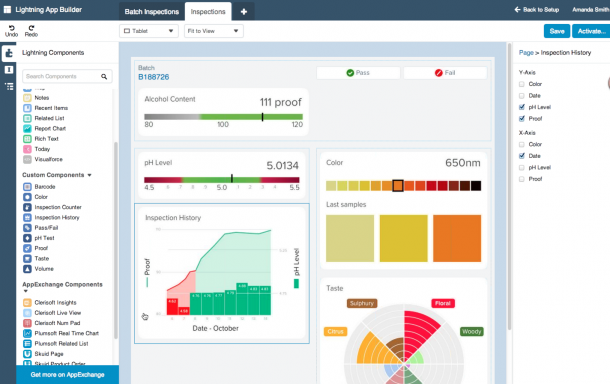 Lightning App Builder – A graphical user interface that allows business users to drag and drop component modules into place and create new enterprise mobile apps for their own use.

“Anyone who doesn’t have a computer science degree or know how to code can build apps now using a drag and drop interface,” Holden says. 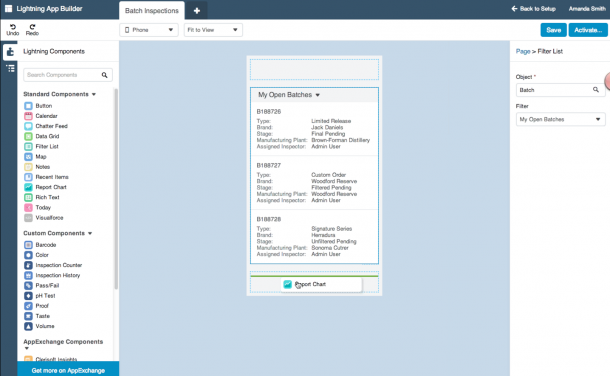 Lightning Process Builder – Create enterprise workflows in a visual chart with drag and drop tools and start down the path to automation.

“This product helps emphasize that what we’re doing is not just a UI technology, because it’s tied into the platform,” Holden says. 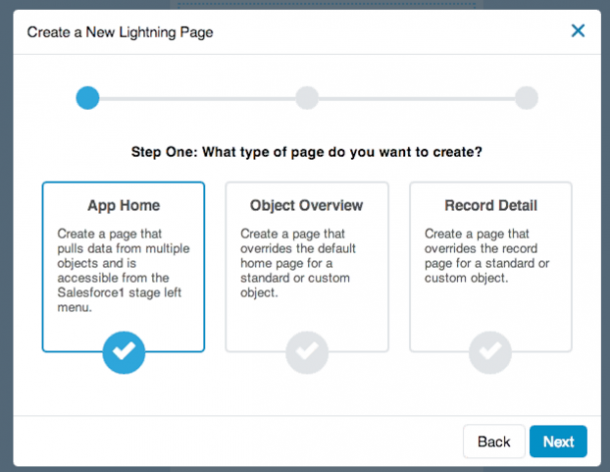 While Salesforce unveiled its new platform look and tools at its annual Dreamforce conference today, the new version of the Salesforce1 app won’t be available for download until November.