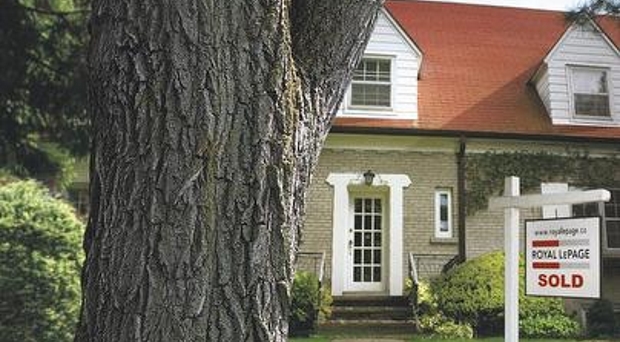 If digital networks are the arteries for the modern organisation, then surely email must be the lifeblood that flows through them. If so, Canadian real estate giant Royal LePage just gave itself a transfusion, by transplanting its entire email system from one Web-based provider to another. Now, it funnels not just email communications through Google’s servers but a whole lot of other things besides.

Royal LePage has 16,000 real estate professionals across Canada, all of whom have to deal with a flurry of emails and documents as they ease buyers and sellers through the process of finding and buying a home.

Anyone who has worked with a realtor to buy a house will recall the images and listings that are sent in the first stages of finding a house. Over time, negotiation emails and contract offers will be needed, and will be sent promptly to all parties in a transaction, often with exacting deadlines. Buying a home is one of the most stressful things that the average person will ever do. Having reliable and prompt communications with a realtor is vital.

Some 4,000 of Royal LePage’s realtors used their own email systems, but 75 per cent of them opted for Outlook Web Access Light, a scaled-down version of the full web-based Outlook product, provided by a third party firm.

“It was good for us at the time, but we were seeing some performance degradation with that particular vendor,” said Carolyn Cheng, senior vice president of strategic business services at Royal LePage. “They were growing in a different direction and were servicing a different kind of customer than us.”

The company only had a 50Mb mailbox from its former provider, which wasn’t meeting the needs of the 12,000 real estate agents using the system at the time.

Royal LePage had already been using Google’s geospatial technology in its business, and as problems with its email service became more acute, the American  cloud giant approached the real estate firm with a proposal to use its own email system.

“From the usability perspective the user experience seemed seamless and more integrated,” said Cheng. “Their release schedule seemed more continuous, and the number of features that they were putting into Google for Work seemed more rapid.

The Google service gives each agent a 30Gb email inbox, which Cheng says is a huge advantage for realtors dealing with multiple buyers and sellers, each with their own documents to send.

There were also more features in this product than Royal LePage had access to in its OWA service.

“It’s easy to start collaboration within Google Drive,” Cheng said. “They also didn’t have shared calendaring before. Now they can see the free/busy times for anyone in the network.”

Videoconferencing with Google Hangouts has also become a mainstay for agents and brokers using the service. It is used in walkthroughs, where real estate is transacted over a long distance. Video is also useful when walking someone through real estate documents which can be long and complicated, but which must be understood.

Royal LePage recommended cloud computing and IT advisory firm Cloud Sherpas, who helped it to migrate from the old OWA system to the new one. Data migration was the biggest challenge, Cheng said.

Doug Shepard, president of Cloud Sherpas’ Google Business Unit, said that the company used Google Apps Migration for Microsoft Exchange to get the data from one web-based service to another. This isn’t the biggest challenge, in his view.

“The challenge is the change management,” he said. “As you’re moving your productivity and collaboration suite from one platform to another, it’s about ensuring that your employees understand the rationale behind the decision. They must be trained so that they have a minimal amount of interruption in their work, and we’re actively identifying opportunities to improve how they’re going about their day job.”

This type of challenge crops up even when people change interfaces, agrees Cheng. Many realtors would use the Microsoft desktop interface to get to their web access email, she said, and had to convert to an entirely web-based interface with Gmail. “For those specific users that were less comfortable with the web interface, that was a leap of faith that they had to make.”

Nevertheless, it seems to have worked. Just under 15,000 people are using the Gmail Apps for Work service today within Royal Le Page. In January, the firm will also integrate it into a new version of its online agent portal, rolling out licenses to the remaining users in the network.

Now, when it comes to the complex negotiations involved in transacting property, realtors within Royal LePage can be sure that everyone is on the same page.

Danny Bradburyhttp://www.wordherder.net
Danny Bradbury is a technology journalist with over 20 years' experience writing about security, software development, and networking.
Previous articleRewarding sharing in the enterprise space
Next articleRejoice! An Internet of Things strategy for Santa Claus