Reaping the benefits of ITIL

If you’re considering ITIL or already going down the ITIL path, you need not worry about the hype being real. It works. That’s the consensus of members of the CIO Executive Council, many of whom are well under way in implementing several of ITIL’s 12-process framework.

ITIL, short for Information Technology Infrastructure Library, is a comprehensive, process-based best-practices framework for supporting and delivering IT services. Among ITIL’s benefits is its ability to drastically improve IT’s service levels and aid CIOs in helping their IT staff think and work with a better understanding of how IT affects the business.

Although many CIOs laud its ability to improve IT services and operations, ITIL has many components that require significant change management, so it should be implemented with care.

Seeing ITIL for what it is
For starters, CIOs should see that ITIL is a framework, not a set of instructions to be followed dogmatically. “ITIL is meant to keep you between the curbs of the road,” says Brent Stahlheber, CIO at The Auto Club Group, a $3 billion automotive travel services organization. Having implemented both ITIL and CMM at his previous employer, Allstate Insurance, Stahlheber cautions CIOs not to get too preoccupied with the framework itself, but rather to focus on the processes behind it.

“I found that people got caught up in the title or certification and spent way too much time creating complex diagrams instead of understanding the processes and how to best apply them,” he said.

When executed well, one of the biggest benefits of ITIL is its ability to change an organization’s culture from a technical orientation to one that understands how IT services directly affect business performance. But culture change is probably the hardest type of change to manage, and ITIL’s processes are only as effective as the degree to which staff adopts and follows them.

Changing minds, improving service
Tom Holmes, vice president of technology operations at JM Family Enterprises, a $7 billion Toyota distributor for the Southeast, cites the change in thinking and communication among his staff as ITIL success factors. “We would not have been as successful with ITIL had we not changed the way IT associates viewed the business. We were able to get them to think and talk in business terms,” says Holmes.

He laid the foundation for an ITIL/business mindset by making ITIL part of IT’s strategic plan, which was endorsed by all business unit presidents, the chairman and CEO. He assigned one person to evangelize ITIL, holding town hall meetings with all IT associates. And he incorporated ITIL into performance reviews. Holmes’s ITIL mantra was simple yet powerful: “From servers to service.”

Stahlheber prepared his organization for ITIL by first reorganizing IT from a siloed structure of network, mainframe, desktop and server support functions into one that is aligned with process. This silo structure had perpetuated an IT service perspective in which problems were passed from one group to another, instead of being solved collaboratively. This led to a culture of blame and about 30 outages a month. Now service desk, operations and break-fix processes are spread vertically across three levels of support: triage, diagnosis and root cause analysis. The process-based structure has helped ITIL do its work. Auto Club Group has experienced a decrease in service outages of about 86 percent. All of its infrastructure managers are ITIL Foundation certified.

Getting started
With 12 different service management processes, ITIL offers CIOs many starting points. And with any IT initiative – especially one that affects service to the business – getting quick wins for customers is important to validate the effort.

ITIL is one of several initiatives to improve process at Capital One, which has received three awards for its success with ITIL from training and consulting firm Pink Elephant. Robert Turner, the company’s senior vice president of Enterprise Technology Operations, advises CIOs to “keep it simple, focus on one process at a time and start with simple metrics to help your business partner see value as you go.”

Capital One’s first ITIL implementation was Incident Management. To make sure IT was focusing on the right processes, Capital One created a global incident severity matrix which measured IT incidents on a severity scale of 0-5. This helped prioritize problems and provided the opportunity for trend analysis. The tool was also helpful demonstrating ITIL’s near-term value to the business.

Incident Management was also the ITIL starting point for both JM Family and Auto Club Group. Stahlheber established a service desk and single point of contact for all problems, which gave Auto Club Group much better visibility into IT problems occurring across the enterprise. So far, these changes have had the biggest impact on the organization. Since then, Stahlheber has implemented Problem Management, Change Management, Performance Management and has started on Configuration Management.

When it comes to managing ongoing ITIL implementation, Council CIOs agree that IT leaders should apply the same standard project management best practices as they would to any other initiative. They should adapt the ITIL framework in a way that makes sense for their business, and be sure to take it one step at a time.

The cumulative experiences of Council CIOs suggest a planning and implementation checklist for ITIL that goes something like this:

• Set a clear vision for your objectives and where you want to go.
• Get executive sponsorship.
• Communicate with and get buy-in from the business and your IT staff.
• Determine your biggest opportunity for value or immediate benefit to the business, and start there.
• Understand where you are; look at your current key performance indicators and know how you’re trending.
• Establish simple metrics to calculate and communicate improvements in services.
• Switch to business-oriented communication and language for service management and delivery.
• Think long term and make sure your processes are integrated – for example, incident tickets feed problem management, which allows for root cause analysis across the enterprise.
• Don’t lose sight of your vision and constantly check your progress against it.

Quantifying the value of ITIL

Capital One created a business case to clarify its goals and quantify the value of ITIL.

IT quantified (in general terms) the net present value of recently deployed IT-enabled products and services, and then, using generally accepted industry metrics, estimated the savings that would be created from improved incident, problem and change management processes. This revealed the potential difference between Capital One’s return on investment in new products and services with and without ITIL in place.

The implementation of ITIL was estimated to save 10 to 20 percent in technology support costs over a five-year period. Actual returns have been higher, according to Senior Vice President of Enterprise Technology Operations, Robert Turned, but it’s difficult to attribute all of the savings directly to ITIL. 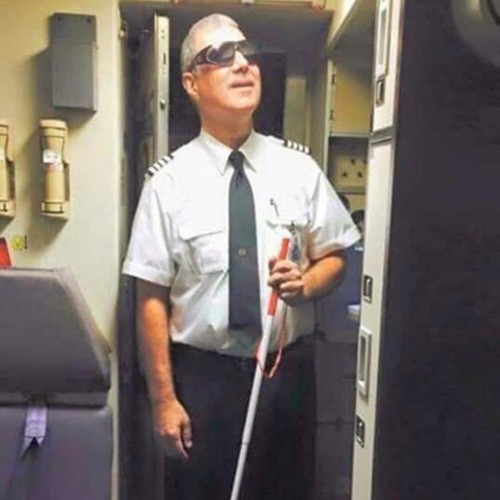