It may not be a chief digital officer who usurps CIOs in digital transformation. Based on recent research from PricewaterhouseCoopers, IT leadership could become highly fragmented unless those who hold the reigns today take a serious look at their performance.

There’s a lot to chew on in the 2015 Digital IQ Survey, which the consulting firm released late last month. Based on scores of interviews across several countries and continents, the overarching theme is that too many firms are moving too slowly, are thinking too short-term and simply lack a cohesive approach to incorporating digital technologies. For CIOs, though, this paragraph stood out:

Executives in our survey indicate that while many CIOs predominantly lead all digital efforts today (40%), there will be a drop-off in three years’ time (35%). At the same time, executives say they expect the CIO will ramp up the internal focus on IT and innovation from 32% today to 36% in three years. In some regions the marginalization of the CIO role is even more pronounced: In North America (44% today), CIOs who have responsibility for digital across the business is expected to sharply drop to 31% in three years.

Here’s hoping Canadian IT leaders will not be among those displaced by 2018. For more details, see the full report here, and perhaps use the infographic below as a way to start thinking about how to avoid being a victim of digital disruption. 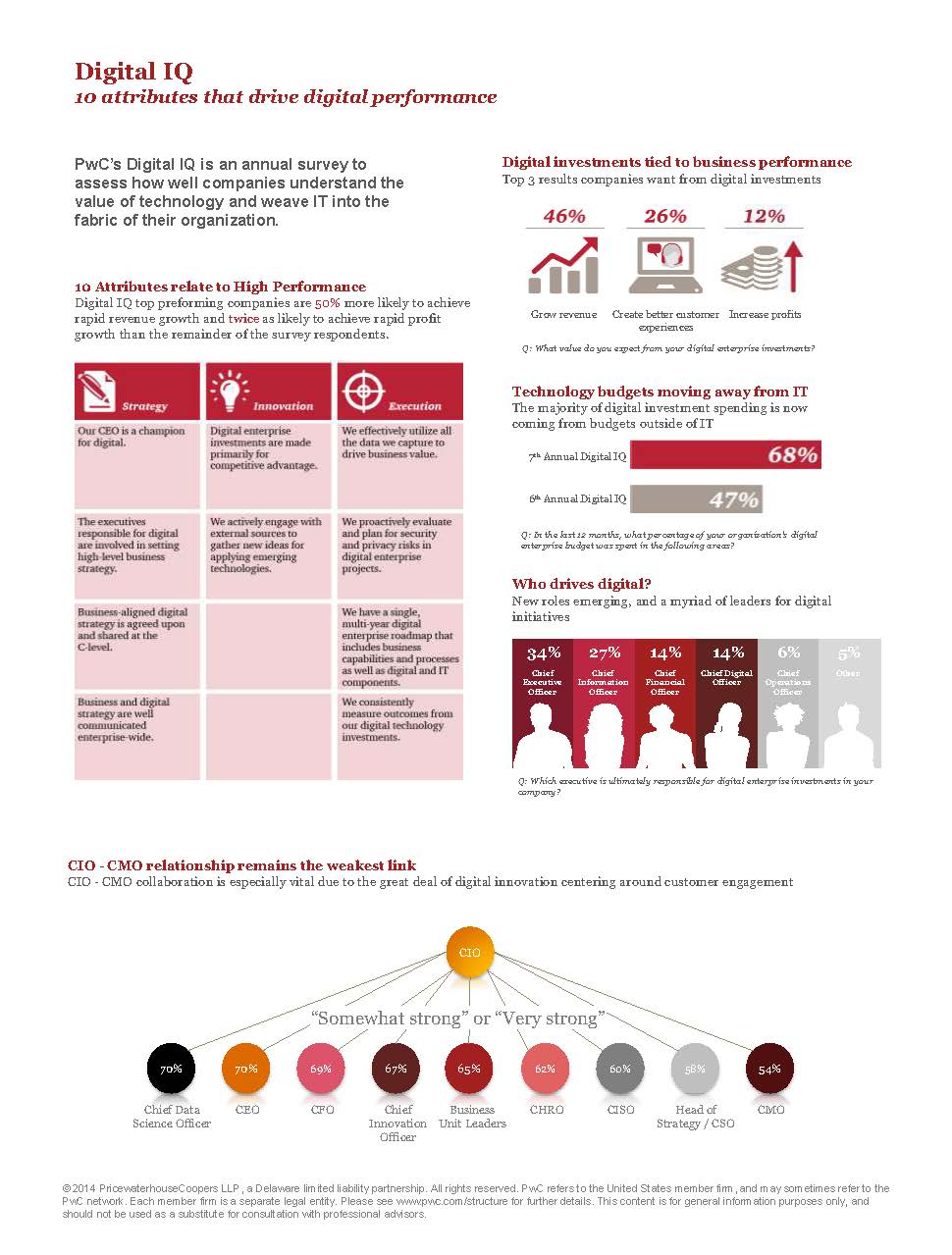 Shane Schickhttp://shaneschick.com
Your guide to the ongoing story of how technology is changing the world
Previous articleBasho tackles ‘time series’ data common to Internet of Things enterprise applications
Next articleWhy IT shouldn’t be the ‘orphan step-child’ of project management