Procure some digital transformation tips from the September 2018 Municipal Interface

Municipal Interface is celebrating a milestone, and would love for you to join in.

The September 2018 issue, released Thursday, marks the first anniversary of the municipal government IT journal’s ITWC-led digital revival, a procurement-themed cornucopia of transformative tips and tricks for cities and their partners.

I’m also indebted to our new editorial staff members, Shruti Shekar and Meagan Simpson, who spun excellent stories from the notes I collected at June’s MISA Ontario conference about managing your IT team and the importance of incorporating data privacy into smart city projects.

From modest proposal to shameless plea

We’re happy to report that after hearing our shameless plea for contributions when we published the preceding issue in June, MISA members stepped up to the plate, and they have our sincerest thanks, along with another shameless plea to keep ’em coming. Send your smart city-related pitches or stories to editorial@itwc.ca. If you need help writing ’em, we’re happy to provide it!

Or at least, ITWC and editorial director Brian Jackson, who will shepherd the December 2018 issue, will be. After five issues of Municipal Interface and nearly three years with ITWC, the September 2018 issue is my last project for the company as an employee.

It’s been a pleasure – as I explain in my farewell column, municipal politics have been my favourite subject of the many topics I’ve covered in my journalism career, and the many writers and readers who have contributed to Municipal Interface were a big part of that.

You can read the September 2018 issue of Municipal Interface here.

Eric Emin Wood
Former IT World Canada associate editor turned consultant with public relations firm Porter Novelli. When not writing for the tech industry enjoys photography, movies, travelling, the Oxford comma, and will talk your ear off about animation if you give him an opening.
Previous articleHashtag Trending: Apple pays Ireland, Google in your car, Capcom Vancouver closes
Next articleVW to offer personalized key fobs 3D printed by HP’s new Metal Jet 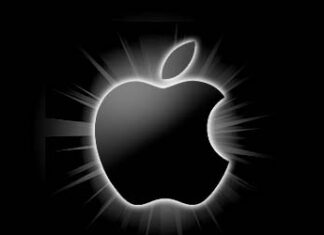 Is a shift to being a service provider in Apple’s future?