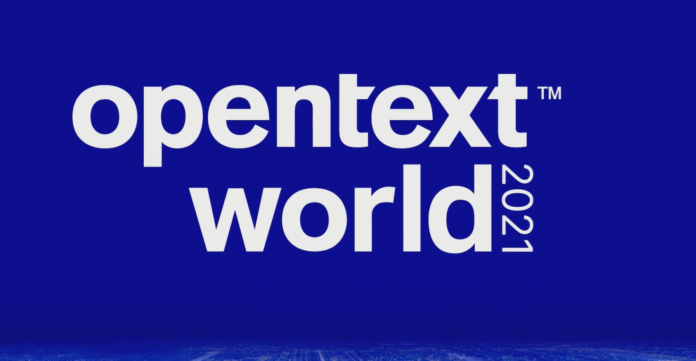 During his keynote on the first day of the three-day virtual tech event, OpenText World 2021 today, the chief executive office of OpenText, Mark Barrenechea, announced the launch of the OpenText Zero Initiative, aimed at driving sustainable and inclusive organizational growth.

“We’re gonna add our voice, the OpenText voice, in the OpenText way, to the future of growth,” said Barrenechea while announcing the launch of the initiative.

Three components will be a part of the company’s long-term OpenText Zero Initiative, he explained.

Zero Barriers: By 2030, OpenText is committing to zero barriers – advancing equality, diversity and inclusion – as part of which the company will be majority diverse, have 50/50 gender parity in key roles, and have 40 per cent females in leadership positions by the next decade. According to Barrenechea, this commitment also means OpenText will be creating and enhancing education opportunities by 2030, and working toward tackling the hunger crisis across communities over the same time period.

Zero Waste: Setting a second goal, he said by 2030, OpenText will have zero waste from its operations.

Zero Emissions: The company is also setting a goal of zero net emissions, and will be science-based about it, he said. OpenText is committing to a net 50 per cent reduction in emissions by 2030 and going net-zero by 2040. There are two key paths the company will follow to achieve this goal, explained Barrenechea: First, by moving all OpenText datacentres and datacentre partners to hydroelectric power, and second, through extreme virtualization and efficiency.

Pragya Sehgal
Born and raised in the capital city of India - Delhi - bounded by the river Yamuna on the west, Pragya has climbed the Himalayas, and survived medical professional stream in high school without becoming a patient or a doctor. Pragya now makes her home in Canada with her husband - a digital/online marketing fanatic who also loves to prepare delicious meals for her. When she isn’t working or writing around tech, she’s probably watching art films on Netflix, or wondering whether she should cut her hair short or not. Can be contacted at [email protected] or 647.695.3494.
Previous article
Coffee Briefing, Nov. 16, 2021 – Square Marketing comes to Canada; alliance to increase academic diversity in Canada; initiatives to support Canadian SMBs; and more
Next article
Hashtag trending Nov. 17 – Amazon fined; homebuyers keen on internet; U.S. government rejects making chips in China