NVIDIA to build its AI self-driving platform on BlackBerry QNX

BlackBerry QNX has scored yet another huge autonomous vehicle partnership. NVIDIA announced at CES 2018 this week that it will be using QNX’s safety-certified operating system as the foundation of its AI self-driving development platform.

With its new self-driving platform, NVIDIA is putting an emphasis on the security behind it, calling it the ‘functionally safe AI self-driving development platform’. QNX’s security software for autonomous vehicles is to be the foundation point that NVIDIA will build off of. This self-driving platform is based off of the hardware company’s latest AI technology and GPU-based processing power.

2018 continues to be a big year for the QNX arm of BlackBerry. The company continues to cement itself as a major player in the autonomous vehicle development process, with NVIDIA joining the Chinese search engine giant, Baidu, as the latest company to take advantage of BlackBerry QNX’s safety-certified OS in just the first week and a half of 2018.

“Victories [with BlackBerry QNX] give BlackBerry a second very powerful growth engine to complement our larger enterprise business,” wrote CEO John Chen in a blog post. “The connected transportation future is an opportunity that plays to our historical strengths, that we believe BlackBerry is uniquely positioned to capture, and one where the pace of our progress has visibly accelerated of late.”

BlackBerry QNX then finished 2017 strong with five partnerships announced in the second half of the year:

Alex Radu
is a Video Producer for IT World Canada. When not writing or making videos about the tech industry, you can find him reading, watching TV/movies, or watching the Lakers rebuild with one eye open.
Previous articleFormer Google engineer’s lawsuit ‘surprising,’ says Toronto lawyer
Next articleIBM marks more than 100,000 patents in 25 years with AI, cyber security enhancements 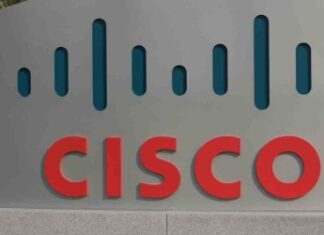