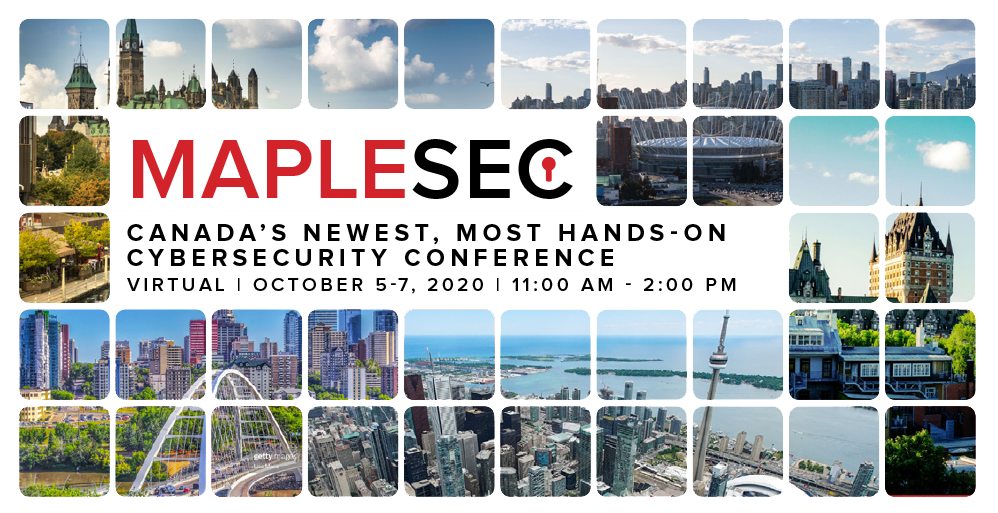 Canada boasts a strong pool of cybersecurity talent and a federal government that is taking the threats posed by hackers seriously, but in international circles, Canada is still viewed as a “branch plant,” says CIRA’s Rob Williamson.

“We attend a lot of these other cybersecurity events and we’re friends with all those people, but they tend to focus on big international players,” he said.

MapleSEC 2020 is a three-day virtual conference beginning Oct. 5 organized by ITWC with CIRA as its founding sponsor. In addition to some audience participation and moderated luncheon discussions, the lineup of speakers is highly impressive, says Williamson, the Canadian Internet Registration Authority’s product marketing manager.

The lineup includes Jill Clayton, Alberta’s privacy commissioner, members of the FBI, Canada’s Security Intelligence Service, senior private and public sector CEOs, CIOs and CISO, and leading academics –  all offering the practical hands-on information organizations can take away to protect their businesses. You can view the complete lineup here.

But perhaps more importantly, MapleSEC’s potential to recreate some of the networking vibes from a traditional tradeshow, is what has Willamson and others at CIRA, including cybersecurity services business unit manager, Mark Guadet, excited. It’s also greatly lowering the barrier for entry for other cybersecurity professionals who couldn’t afford expensive plane tickets and hotel accommodations before COVID.

“In the new work-from-home normal we still need ways to engage effectively, informally, and to meet new people and discover new ideas – and to make sure we’re keeping ourselves and our organizations safe in the process,” he said. “MapleSEC is intended to have some educational elements but also to re-create peering opportunities and to keep them alive year-round. By embracing fully-virtual, we are hoping to give more Canadian technology and cybersecurity professionals the opportunity to be part of the community and share best practices from this new work from home era. In doing so we will help make the entire Canadian cybersecurity community larger and stronger.

“The remote work era has brought with it new opportunities and new risks for workers, small businesses, and organizations of all types across the country. Organizations that have relied on face-to-face contact for business and collaboration have had to adopt new tools and techniques to survive. Even with the growth of the webinars and online meetings over the last 10 years, traditional in-person conferences have remained critical for networking with customers, prospects, partners, suppliers, and media.”

Delivered on ITWC’s proprietary MAPLE-TV platform, the MapleSEC program will be a mix of live and recorded sessions with a choice of at least two moderated table discussions daily where you can make your voice heard.

Also, if you’re wondering why an event like this is important, let’s take a look at some of Canada’s nastiest cyberattacks from 2019, shall we?

Staff
Previous articleOntario’s privacy consultation could lead to new private sector data protection laws, but not everyone is thrilled about it
Next articleGovernment denies successful cyber attack shows failure of systems