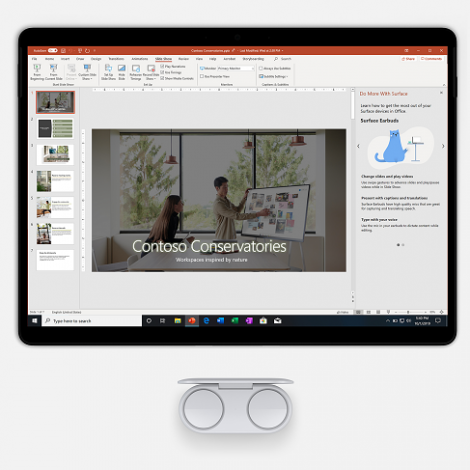 In addition to announcing several new devices at its Surface event, Oct. 2, 2019, Microsoft also shared its progress on several innovations including touch, digital pen and utilizing voice across Office 365 and its new devices. These innovations are mostly aimed at helping people become more productive while they are away from their desk.

Microsoft also pointed out that its new hardware has been designed to support the recent updates.

This feature will allow users to record their own audio files or transcribe audio files while working in Word.

“Once your audio has been uploaded or recorded, Word—leveraging your OneDrive account to securely store the audio files and Azure Speech Services under the hood—displays a written audio transcription in the side panel and allows you to quickly and easily bring relevant snippets or the entire transcript into your document to edit. The transcript itself is automatically separated by speaker and into relevant chunks of content, and the interactive panel allows you to easily jump around the recording to find and verify the perfect quote,” Microsoft wrote on its website.

The feature will be available to Word for the web in early 2020, followed by integration of the audio transcription feature into the mobile apps and Word for the desktop in spring 2020.

Easy entry to dictation in comments and expressive ink comments

This is a feature enhancement to the ink editor feature, which will allow people using a supported microphone or a touch interface – or both – to simply dictate to provide comments, and create expressive ink comments directly from within the comments panel. 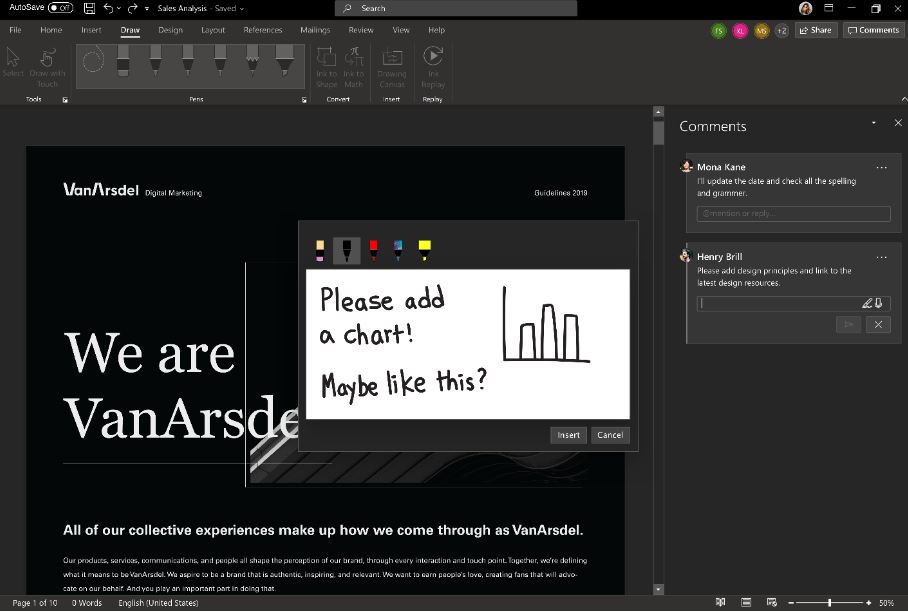 The feature will be available in Word for desktop in spring 2020.

“Today, people fill out checklists, research reports, and more using paper and a clipboard and then must type those results into their computer later. Or they fumble to balance a computer to type while walking around,” said Microsoft.

The feature will be available in Excel for desktop and the web in spring 2020.

Microsoft has integrated the Whiteboard with templates so that users would have an immediate structure, eliminating the need to start from scratch.

These templates will be rolled out to iOS in a few days and have entered public preview for Windows 10.

“More templates and capabilities will be made available continuously in the coming months,” indicated Microsoft.

By putting on their Surface Earbuds while using PowerPoint, users will be able to hear clearly even as they walk. This would allow the “presenter coach” and “live captions and subtitles” in PowerPoint to operate more accurately and effectively.

These gestures will allow users to start or stop videos and navigate slideshows without having to use a separate clicker. “You can even have just one in your ear for the best mic capture while keeping the other invisibly hidden in your hand to navigate slides,” the company explained.

The Surface Pro X allows users to be productive on the go, be it while using Word to review their documents or Excel to enter data. This new Surface laptop offers a new and better storage mechanism for the Surface Pen, thereby making it handy to use. Office launches inking tools immediately when the pen is removed from its holder. 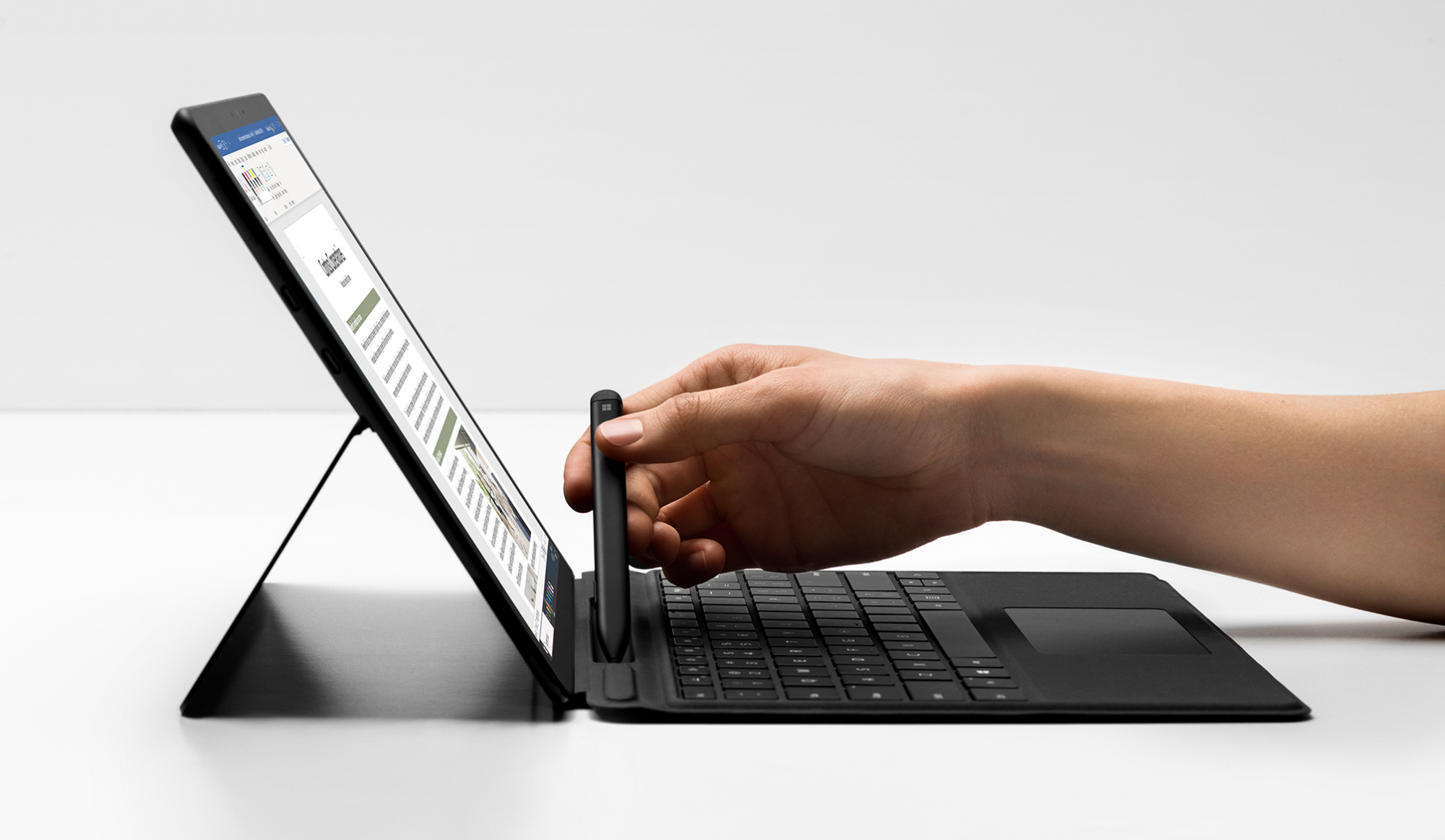 In addition, Office 365 will now display everything a user can do with the Surface accessories within each Office app.

This feature is available in Word, Excel, Outlook, and PowerPoint for all Office 365 subscribers. The Surface Pro X will be available starting Nov. 5, 2019.

This feature will allow users to replay their pre-drawn ink in Slide Show. It will primarily help educators who ink in Slide Show on Mac or Windows to teach to become more productive. The company will also bring back ink to Office for the web.

Ink Replay is available in PowerPoint for all Office 365 subscribers while the PowerPoint Editor on the web will have the Inking capability by the end of this year.

Pragya Sehgal
Can be contacted at psehgal@itwc.ca or 647.695.3494. Born and raised in the capital city of India - Delhi - bounded by the river Yamuna on the west, Pragya has climbed the Himalayas, and survived medical professional stream in high school without becoming a patient or a doctor. Pragya now makes her home in Canada with her husband - a digital/online marketing fanatic who also loves to prepare delicious meals for her. When she isn’t working or writing around tech, she’s probably watching art films on Netflix, or wondering whether she should cut her hair short or not.
Previous articleHashtag Trending – No Adobe for Venezuela; Apple buries iTunes; Instagram goes dark
Next articleUnanswered questions in TransUnion Canada data breach

How a student’s hunt for free software led to a research institute...