Microsoft at the Threshold 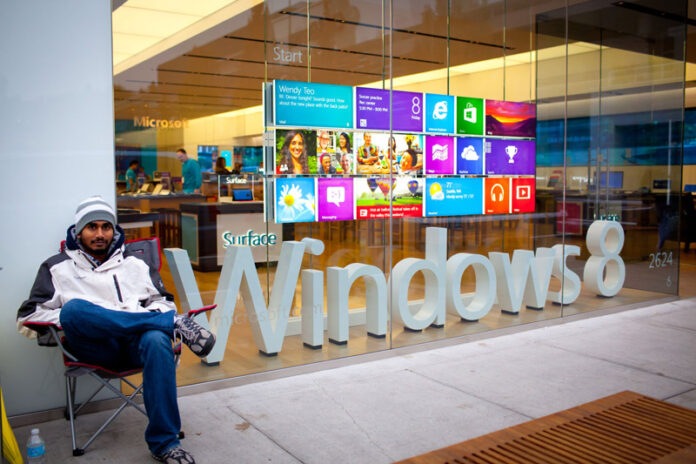 Citing unnamed sources, ZDNet’s Mary Jo Foley last week published details of a new approach to Windows in about a year and a half that would break up the monolithic Windows 8 – which drives desktops, tablets, mobiles and gaming – into three separate Windows versions on the same core code base. The project, code-named “Threshold,” would include a consumer version of the Metro tiled interface for phones, tablets and phablets; a traditional consumer version, with a desktop optimized for mouse-and-keyboard users over touch users; and an enterprise version.

Myerson recently acknowledged the differences between consumer and enterprise adoption, and hinted that the markets would be serviced differently for their Windows needs.

I’ve wavered over my opinion of the one-OS-to-rule-them-all nature of Windows 8. When Microsoft first announced the company would run the same OS on tablets and phones as it did on desktops, I was appalled. My argument was that a tablet was really a smart phone that you couldn’t make calls on, and thus should have a smart phone-style operating system.

That said, I was impressed by its utility and intuitiveness when I finally did see it on a tablet. But by then I’d already seen it running on a desktop, where the touchscreen functionality was irrelevant and confusing.

The argument I would concede – and did so in an interview on Business News Network – was to recognize it ties together the three screens in your life, making users more aware of the common Windows thread that runs through life, work and play. But that’s a marketing argument, which doesn’t make my computing life any easier, so I’ve stuck with Windows 7.

Apparently I’m not alone, and Myerson is now talking about servicing consumers and enterprises with different release cycles – think Windows 95 (mostly consumer) and Windows NT (enterprise, if you can remember back that far. There will be incremental “bridging” updates in the meantime, but Q2 2015 is when we’ll likely see Threshold, if the rumours hold.

Dave Webb
Dave Webb is a freelance editor and writer. A veteran journalist of more than 20 years' experience (15 of them in technology), he has held senior editorial positions with a number of technology publications. He was honoured with an Andersen Consulting Award for Excellence in Business Journalism in 2000, and several Canadian Online Publishing Awards as part of the ComputerWorld Canada team.
Previous articleOntario ISP obtains SOC 2 certification
Next articleGood news or bad news from BlackBerry?