Lightning-powered drive moves data from iPhones in a flash

Storage solution company SanDisk Corp., is releasing a flash drive which the company said can move files from iPhone and iPad devices up to three times faster than other thumb drives in the market. 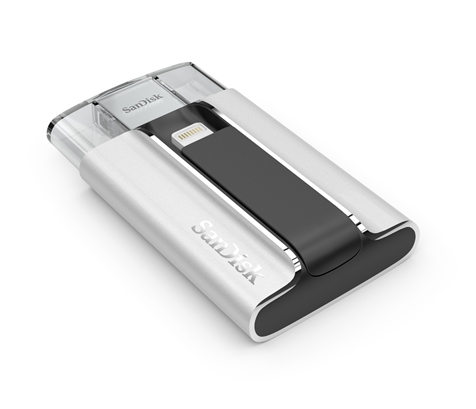 The drive comes with a 3.7-volt lithium-ion battery that charges when connected to a mobile or desktop device.

The iXpand synch app enables cross-platform encryption so that files can be password-protected on the drive and the decrypted when transferred to a Mac or PC and vice versa.

The drive uses Lightning and USB 2.0 interfaces. It is compatible with Mac and PC machines as well as Windows XP, Windows 7, Windows 8 and Mac OS X version 10.5.

Videos stored on the iXpand can be instantly played directly on an iPhone or iPad.