LG Electronic’s newest big screen Android handset will be available from four of the country’s carriers starting Aug. 1 as well as from a number of national retailers. 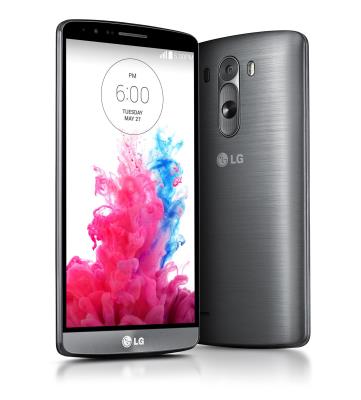 The company said this week the 5.5-in. G3 (which replaces the G2) will be sold by Bell Mobility, MTS, Rogers Communications, SaskTel and Videotron. It’s a size that continues the trend of manufacturers offering smart phones with larger screens, to better see videos, Web pages and tiny print.

The G3 will be slightly bigger than Samsung’s 5.1-in. Galaxy S5, and smaller than LG’s new curved screen 6-in. Flex.

Related Articles
How big will smart phones get?

Powered by a Qualcomm Snapdragon 2.5 Ghz quad-core CPU, the G3 has what the company calls a smart touch keyboard whose size and layout can be adjusted by users. There’s also Smart Notice, which acts as a personal digital assistant, which can learn from user patterns and provides recommendations. Sounds like the iPhone’s Siri or Microsoft’s Cortana.  Power users will like the 3,000mAh removable battery.

For security there’s a kill switch capability for remotely wiping the handset, the ability to unlock the device with a combination of three to eight taps (called the Knock Code) instead of swipes or entering digits, and a content lock for keeping personal files in device storage on a microSD card.

The G3 also comes with a 13 MP camera the company says is 70 per cent quicker than average smart phone cameras.

No pricing has yet been announced by carriers.

Howard Solomon
Currently a freelance writer, I'm the former editor of ITWorldCanada.com and Computing Canada. An IT journalist since 1997, I've written for several of ITWC's sister publications including ITBusiness.ca and Computer Dealer News. Before that I was a staff reporter at the Calgary Herald and the Brampton (Ont.) Daily Times. I can be reached at hsolomon [@] soloreporter.com
Previous article#FollowFriday: The best post-CASL commentary on Twitter
Next articleVeeam backup suite to offer hook for service providers