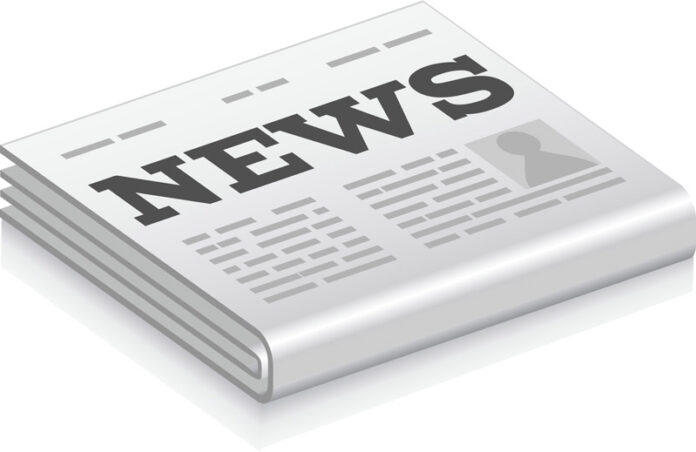 To keep up with the firehose of news and press releases, we’ve decided to deliver some extra news to you on the side every Monday and Thursday morning. Some of it is an extension of our own reporting that didn’t make its way into a story, while others might be content we’ve bookmarked for later reading and thought of sharing with you.  We’re doing a similar thing at Channel Daily News – check it out here. Today’s briefing is delivered by ITWC editorial director Alex Coop.

It’s what you need to know right now – ’nuff said.

ITWC’s Digital Transformation Week begins today! Our annual summer conference becomes a week-long affair with four 60-minute sessions that bring together national thought leaders on our unique presentation platform. Each day will be devoted to a single critical aspect of digital transformation followed by the recognition of one of our Digital Transformation Award winners or a CIO of the Year Award winner. You can find more information and register for the event by clicking here!

New data suggests cybersecurity is being taken a little bit more seriously ever since lockdowns forced businesses to establish a remote workforce. Nearly 66 per cent of the 500 Canadian remote workers surveyed in Trend Micro’s recent Head in the Clouds report say they’ve been made more conscious of IT security during this period. It’s a small victory, though. The report, which surveyed a total of 13,200 remote working employees from 27 countries, reveals 56 per cent of all employees surveyed still use a non-work application on a corporate device, and 66 per cent of them have actually uploaded corporate data to that application.

But employees are *finally* understanding that cybersecurity is a collective effort. Eight-give per cent of respondents claim they take instructions from their IT team seriously, and 81 per cent agree that cybersecurity within their organization is partly their responsibility. Additionally, 64 per cent acknowledge that using non-work applications on a corporate device is a security risk (but naturally they still do it). The numbers are similar in Canada.

But that 66 per cent figure is telling, Nunnikhoven says.

“I think it shows that previously, security teams weren’t doing a good enough job of getting information out to users,” he told me after the report went live. In enterprise environments especially, emails from the security team are often ignored. Heck, most security alerts are often ignored. Employees will think everything is fine until they’re told it’s not, and distracting daily alerts – sure they might have valuable information – are ignored about as often as a turn signal. But Trend Micro’s data indicates that having to establish a security net in our own homes has changed the way some of us look at cybersecurity. For the better, thankfully.

“During the mad scramble, security was a focus. That’s what that two-thirds figure tells me,” Nunnikhoven said.

We also had a chance to ask Nunnikhoven what his thoughts were about AWS Honeycode. He says he’s had a chance to play around with it – it’s very easy to use and ultimately becomes a matter of dragging and dropping boxes – but the more profound takeaway was his comment about getting a burgeoning group of low code developers to buy into privacy by design. It’s taken ages for most software developers to grasp this concept. As thousands of more people are exposed to low-code no-code via Honeycode, sensitive data is bound to be mishandled.

“Getting an even larger audience to buy into [privacy by design] might be even harder,” Nunnikhoven said.

The survey was commissioned by Fortinet and conducted in early March 2020. Respondents were located in the United States and Canada, work at companies with 2,500 or more employees, and are responsible for cybersecurity at their organizations. Job grades ranged from director to C-level, including titles such as CIO, CISO, COO, and vice presidents or directors of IT, the security operations center (SOC), and the network operations center (NOC) vice president or director.

Fortinet’s vice-president, global training and technical field enablement at Rob Rashotte, says those numbers aren’t surprising. He described them as a “confirmation” of what he’s seen and heard from clients and instead pointed out the survey’s results around certifications. “They were encouraging results,” he said.

Softchoice recently released a report about cloud adoption in North America. The Softchoice 2020 Cloud Migration & Adoption survey combines the insights of 150 senior IT professionals and cloud decision-makers in North America across multiple industries. The research was conducted in December 2019. Some of the report’s main takeaways:

Small and medium-sized Canadian businesses have a new choice for cyber insurance after a U.S. based company called Coalition decided to offer its service north of the border.

Growth in Canadian channel revenue in the first five months of 2020 is keeping pace with the same period in the last few years. However, the outlook for the remainder of the year remains precarious.

Ten years after it opened its doors in 2009, Microsoft recently announced that several Microsoft Stores are shutting down, including all seven in Canada, sparing just four as experience centres for its products. So what does that mean for customers and the businesses who relied on them?

Linux has green lit a new policy to adopt inclusive language across the project.

It’s great to see students are still getting opportunities to connect with innovators like Cisco and leaders like Rola Dagher.

A promotional yet informative thread.