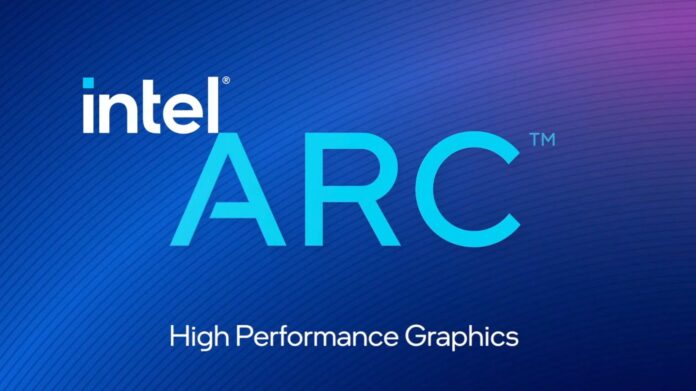 In the press release, Intel described Arc graphics as “a convergence of Intel’s Xe LP, HP and HPC microarchitectures that will deliver scalability and compute efficiency with advanced graphics features” and that the brand encompasses hardware, software and services.

The first generation of Intel consumer GPUs will be based on the Xe microarchitecture code-named Alchemist, formerly known as DG2. Intel also announced three future generations of its products: Battlemage, Celestial and Druid.

In a video, Intel demonstrated Alchemist running modern games at seemingly smooth frame rates, although it did not show any stats for these demos. Intel also showcased some of Alchemist’s advanced features including ray tracing and variable-rate shading, the former being important for realistic lighting and the latter to improve performance by shading different parts of the frame at varying detail levels.

Even before its elusive DG1 graphics card and the subsequent Ponte Vecchio HPC GPU, Intel had been developing integrated graphics for its CPUs for years. Its latest graphics microarchitecture, Intel Xe, is currently featured in its Tiger Lake and Rocket Lake series of processors.

Not much else is known about Arc graphics besides what was showcased in the brief demo this morning. Intel says consumers can expect to see Alchemist-based products in Q1 2022.

Tom Li
Telecommunication and consumer hardware are Tom's main beats at IT World Canada. He loves to talk about Canada's network infrastructure, semiconductor products, and of course, anything hot and new in the consumer technology space. You'll also occasionally see his name appended to articles on cloud, security, and SaaS-related news. If you're ever up for a lengthy discussion about the nuances of each of the above sectors or have an upcoming product that people will love, feel free to drop him a line at tli@itwc.ca.
Previous articleCyber Security Today, Aug. 16, 2021 – PrintNightmare bugs exploited, AlphaBay criminal marketplace returns, a threat to network inspection devices and check your router
Next articleHashtag Trending August 17- Android accessibility feature; Tesla’s Autopilot investigation; #BookTok