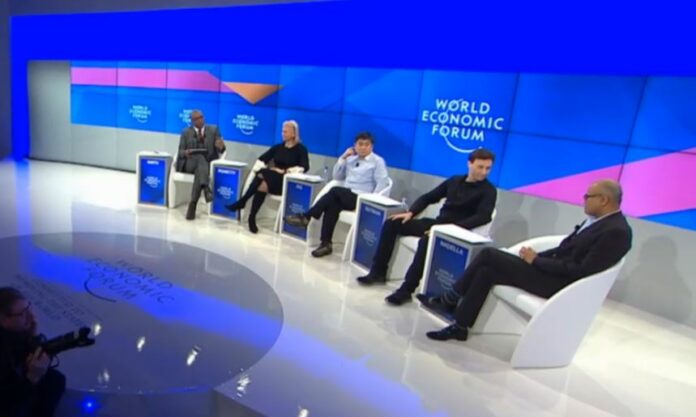 Following the appearance of IBM Corp. CEO Ginni Rometty on a panel about artificial intelligence at the World Economic Forum in Davos, Big Blue has released a position paper on the subject.

The paper states that the purpose of AI and cognitive systems as applied by IBM are to assist humans, inferring it will not replace them. It assures us that humans will remain the ones in control of systems using AI.

“Cognitive systems will not realistically attain consciousness or independent agency,” it states. “Rather, they will be increasingly embedded in our processes, systems, products, and services by which business and society function.”

Published on its Think Blog IBM’s paper is and is meant to establish guiding principles for its use of AI for what it refers to as the “cognitive era.” The 105-year-old tech vendor has become well known for its efforts to research AI and turn it into useful products thanks to its Watson brand. The AI program first gained notoriety when it defeated human champions on Jeopardy, proving its mastery of natural language interface.

On the Davos panel, Rometty explains that the cognitive era is one in which artificial intelligence is able to help companies make sense of the massive amount of data it has collected, enabling good decision-making capabilities that weren’t possible before now.

The principles of transparency important in deploying AI-powered software include stating what the purpose of the AI being applied is, according to IBM’s paper. The sources of data and expertise that inform the AI must also be made clear, plus the methods used to train the machine learning system. Further, clients must own their business models and intellectual property and that remains protected as they use AI to enhance their business.

IBM is committed to working with “students, workers and citizens” to train them on using AI effectively and safely and perform the new jobs that result in an economy powered by cognitive systems, the paper states. Building on that at Davos, IBM’s CEO says the company has identified some key industries where AI can make a difference quickly.

Watson is being rolled out in the healthcare industry around the world, Rometty said on the panel, with Watson acting as an oncology advisor after being trained by “the world’s best oncology advisors.”

“The reason this is worth fighting so strongly to make sure you roll it out right is that you can really solve problems,” she says. “India has one oncologist for 1,600 patients, we’ll never get there without this technology.”

Microsoft Corp. CEO Satya Nadella sat on the same panel as Rometty at Davos. He said that the next phase of AI is about creating tools so developers can build intelligence into a variety of solutions.

To ensure those tools aren’t used for evil, Nadella said there must be a set of design principles guiding development. For example, AI shouldn’t be made to replace humans.

“It’s augmentation versus replacement,” he says. “It’s purpose is to help humans do what they do better… that’s a design choice.”

Microsoft has been building up its own AI brand under Cortana, an intelligent assistant available in Windows 10, and being embedded into more of its software products as well.

Brian Jacksonhttp://www.itbusiness.ca/
Former editorial director of IT World Canada. Current research director at Info-Tech
Previous articleAllworx’ new desk phone understands that smartphones are taking over
Next articleTime to get tougher with staff to improve cyber security?