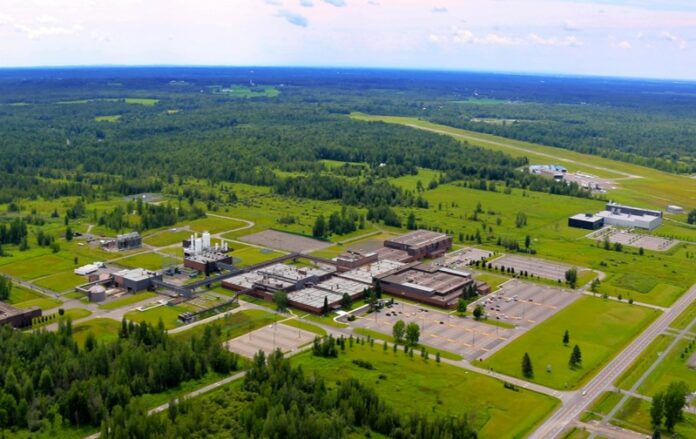 June 21 marked the fiftieth anniversary of the opening of the IBM plant in Bromont, Quebec. This is an important milestone for the factory, but also for IBM as a whole.

The plant opened in 1972 in a context of economic growth and aimed to increase Canadian jobs and advance technological innovation in Quebec. Today, the factory continues to be a leader in innovation, technology and continuous improvement. More than $10 million are invested there each year in the development of products and processes, and more than 100 patents have been issued since 2011.

The plant in Bromont operates 24 hours a day, 365 days a year. More than 100,000 microelectronic modules are manufactured there every week. It is home to the largest chip assembly and testing facility in North America, IBM said in a statement. Its mission is to transform the most advanced semiconductor components into state-of-the-art microelectronic solutions. The site is also the designated headquarters for the IBM Quantum System One, Canada’s first universal quantum computer, which the company plans to deploy in 2023.

Over time, several high profile products have been produced there. For example, IBM Selectric typewriters were mass-produced there in 1972 and IBM PC components were manufactured there in 1981. Today, the plant is a leader in semiconductors and quantum technology.

Sustainable development is an important commitment for IBM and the Bromont plant is a model of environmental leadership. According to data published by the company, the plant’s greenhouse gas emissions in 2021 were 63 per cent lower than in 2005 and almost all of the electricity consumed by the site comes from hydroelectricity. . From 2014 to 2021, the establishment’s water consumption has decreased by 44 per cent, which represents an annual water saving of 118,000 cubic metres (enough to fill 47 Olympic-sized swimming pools!).

Renaud Larue-Langlois
Half journalist, half IT Manager, full technology nerd. After a 25+ year career in IT, becoming a writer was a natural choice for Renaud. It literally runs in his family. His areas of interest are... anything, as long as it's technology-related. He can be reached at rlaruelanglois@itwc.ca
Previous articleCanadian password manager adds dashboard to business edition
Next articleRBC announces partnerships to provide clients with increased security and control over their financial data