VMware’s vSphere, NSX, and Virtual SAN will all now be supported to run on the bare metal servers on offer at IBM’s data centres. IBM says they will be automatically provisioned on-demand, so VMware shops won’t have to tinker with their infrastructure. At IBM’s InterConnect conference, Carl Eschenbach, president and chief operating officer at VMware, joined IBM’s senior vice-president of cloud Robert LeBlanc on stage to shake hands and unveil the partnership to the 25,000 attendees.

“This will enable our customers to deploy their virtual machines either on premises or off-premises, and sometimes both, with the same offering they have today,” Eschenbach said. “We want to help them deploy wherever, whenever they want it in a consistent way.”

VMware and IBM have had a reseller agreement in place until now, with today’s announcement being the first strategic partnership between the two technology firms. It marries together the infrastructure management capabilities of VMware’s products with IBM’s real estate to create a hybrid cloud infrastructure solution that should benefit both companies.

“We want to create a seamless hybrid cloud experience for our customers,” LeBlanc says. “This partnership is all about making the cloud easier to manage and scale.”

The only real question about the new partnership is why it didn’t happen sooner, says Holger Mueller, principal analyst at Constellation Research. The need for VMware to have global access for its workloads has been apparent for some time. It has relied on working with telecommunication firms to provide data centres compatible with its stack, which meant customers had to negotiate different regional agreements to set up a global network. Now VMware can say it’s solved that logistical nightmare.

“It’s important because it’s the first time VMware can provide a global cloud for its loads,” he says. “So VMware becomes more of a software company, but once my load is on IBM’s servers, it’s a bit more of a lease on life for VMWare stuff.”

IBM also benefits by opening up a new market segment that can place load on its servers, Mueller adds. Being able to push workloads to an IBM data centre will be incentive for VMware users to stick with their current infrastructure for the time-being, especially since their legacy workloads are supported without need for an overhaul.

Deployment of VMware workloads to IBM’s datacentres is described as a painless process by the vendors. IBM will offer provisioning of a VMware image with its CloudBuilder tools and offer validation via VMware design patterns. VMware will enable its vRealize Automation and vCenter management tools to deploy and manage workloads on the IBM cloud, and users will be able to treat it the same way they would an on-premises load.

VMware has been working on enabling a hybrid cloud approach for its customers for years. In 2011, it announced a series of partnerships to support cloud workloads on an international scope. At VMWorld last year, it showcased its new capabilities to move legacy workloads to an off-premises location and maintain the same management capabilities as on-premises workloads.

IBM’s data centres originate from its acquisition of SoftLayer in 2013, a network its continued to build out since then, including new data centres in Canada.

When asked when the capabilities are available, Eschenbach says VMware’s workloads can be pushed out to IBM’s cloud right away.

LeBlanc says this is just the start of the partnership, and IBM and VMware will be working together more so in the future. 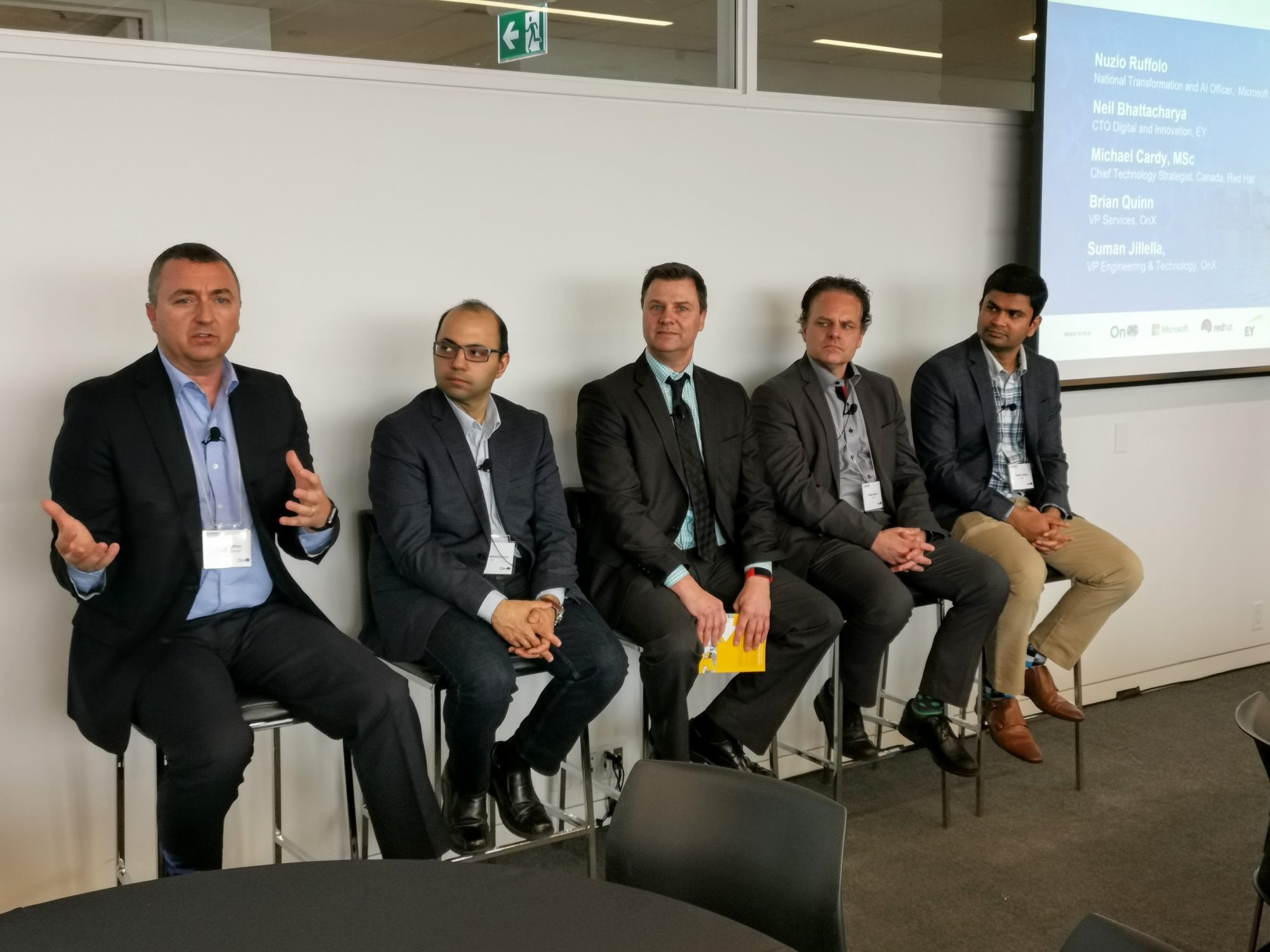 Technology is the tool of digital transformation, not the outcome: OnX...