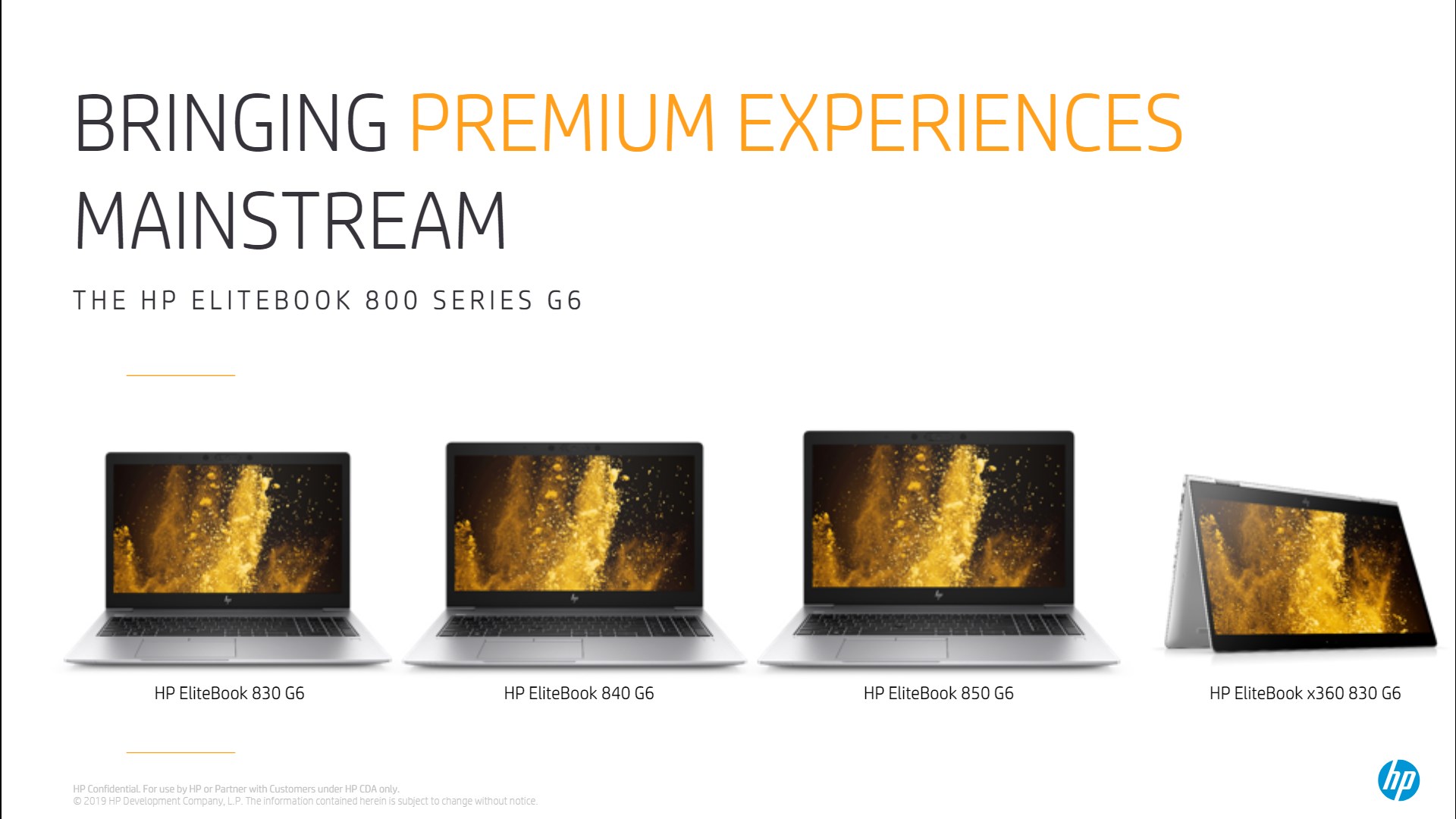 Processor aside, a few premium features from HP’s higher-end products have made their way into the 800 series. This includes a brighter, more energy efficient 1,000 nit display, a hardware camera killswitch, Gigabit LTE, Wi-Fi 6 support, and ultra-fast charging. HP also claims that the EliteBook 800 series can last up to 18 hours on a single charge. The EliteBook 840 and EliteBook 850 also have the option of discrete AMD RX550X graphics.

All HP laptops are protected with HP’s SureSense software security suite, an AI-driven malware defense solution. In addition, they also feature HP’s 3rd-gen Privacy Screen, which narrows viewing angles and prevent people next to you from reading your display.

All EliteBook 800 series laptops are designed to be easily portable. They feature a slim, all-aluminum chassis and undergo MIL-STG 810G rigidity testing.

HP will start accepting orders for the HP EliteBook 800 series starting in June. No official pricing has been revealed.

Catered towards graphics professionals, the 14” ZBook 14u G6 and 15” ZBook 15u G6 mobile workstations feature a 4K IPS display capable of covering 100 per cent of the Adobe RGB color gamut. New processor and graphics options have been added as well; new to the series is the Intel 8th Gen Core i7-8660U processor and the AMD Radeon Pro WX 3200 professional graphics card. 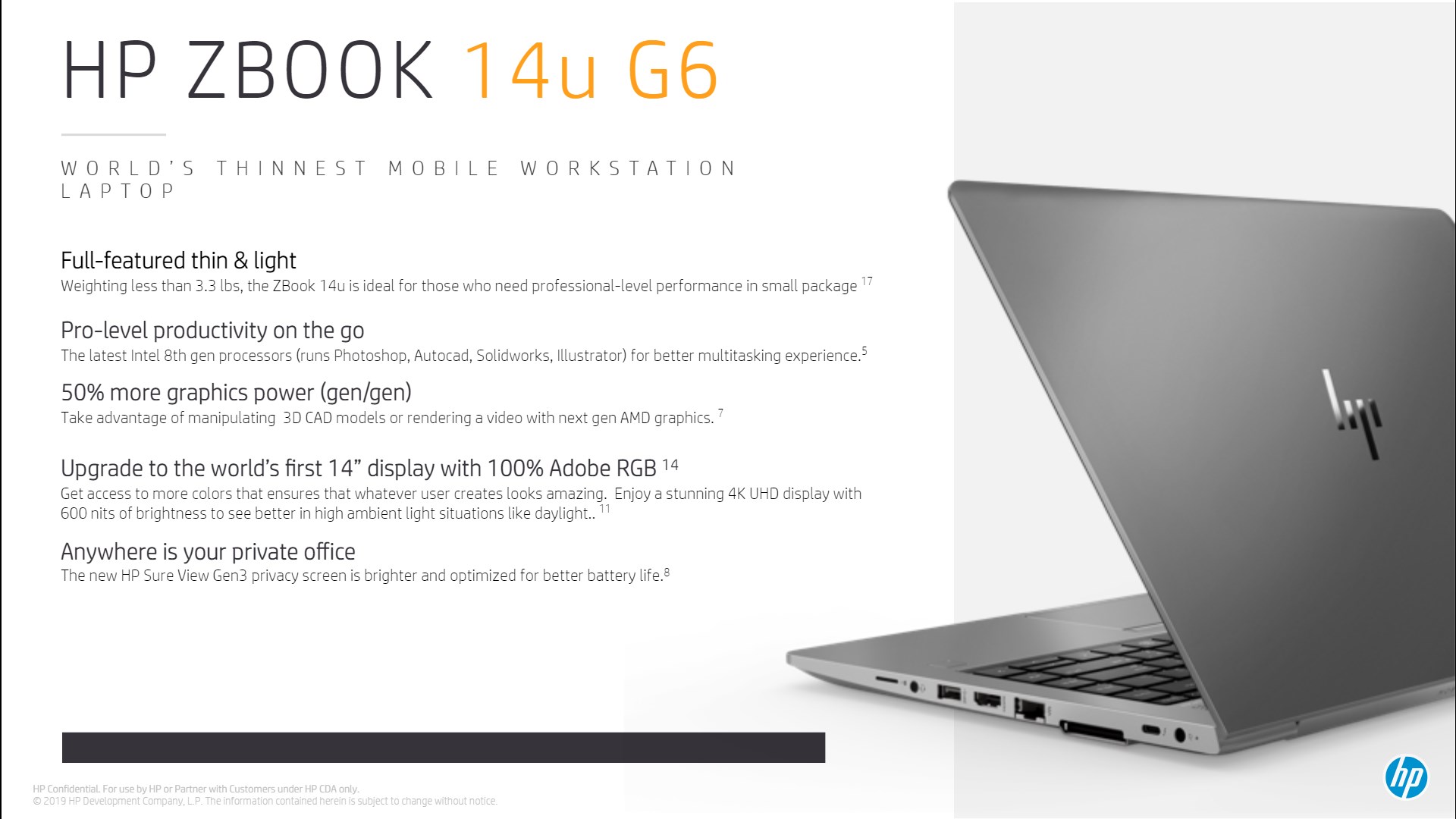 Like HP’s other enterprise devices, the new ZBooks are protected with HP’s Sure Sense AI anti-malware.

The HP ZBook 14u G6 and ZBook 15u G6 will be available in June for an undisclosed cost.