IT administrators with Hewlett-Packard laptops in their inventory should be checking the devices’ AC power cord following a huge recall announcement from the company.

It said Tuesday that some 6 million cords on HP and Compaq notebooks and mini-notebooks as well as AC adapters that came with accessories such as docking stations and sold between September 2010 and June 2012 could pose a fire and burn risk. 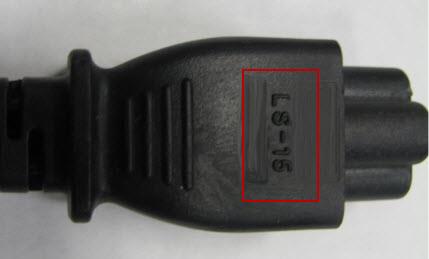 HP advises customers to immediately unplug their power cords to check for the number. If the cord has the mark customers should enter their email the company on this page for further communications on receiving a replacement.

Meanwhile Apple is recalling “a very small percentage” of iPhone 5 handsets with batteries that suddenly experience shorter battery life or need to be charged more frequently. They were sold between September, 2010 and January 2013 and fall within a limited serial number range.

To see if a handset qualifies, enter the iPhone serial number on this page.

Howard Solomon
Currently a freelance writer, I'm the former editor of ITWorldCanada.com and Computing Canada. An IT journalist since 1997, I've written for several of ITWC's sister publications including ITBusiness.ca and Computer Dealer News. Before that I was a staff reporter at the Calgary Herald and the Brampton (Ont.) Daily Times. I can be reached at hsolomon [@] soloreporter.com
Previous articleDell’s new client-computing products offer more horsepower
Next articleBell kicks LTE speeds up for faster data downloads