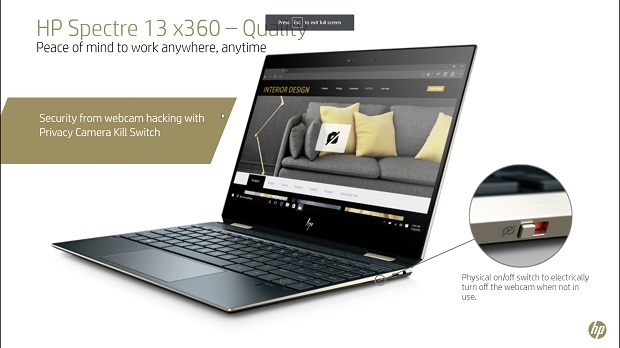 HP’s Elitebook line is HP’s premium business notebook series. The fifth generation sees the introduction of Intel’s 8th generation quad-core processors, up to 32 GB of RAM, and 1TB of storage. In addition to being 10 per cent smaller than last year’s Elitebook 1040 G4, the 1040 G5’s unibody aluminum chassis is designed for MIL-STD durability. 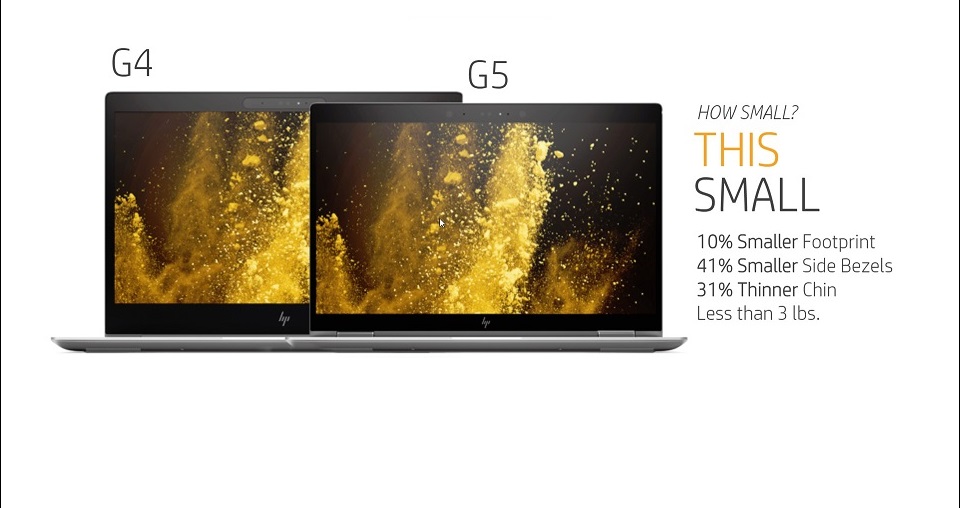 A new 700 nit display option has been added as well. All display models feature an anti-glare and etched glass finish. The display comes in either 4K or 1080p irresolution, with the latter having the extra option of installing HP’s SureView private screen technology to prevent visual hackers. SureView restricts the field of view so that the screen appears blank when viewed from an angle. 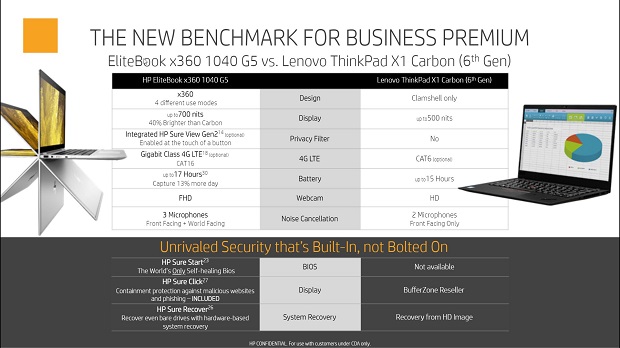 HP claims that battery life has been extended to 17 hours. Featuring quick charge technology, the Elitebook X360 1040 G5 can be charged from zero to 50 per cent in 30 minutes. HP says that it’s able to significantly improve battery life by using a 1W low power display panel and using Intel’s 8th generation U series processors. 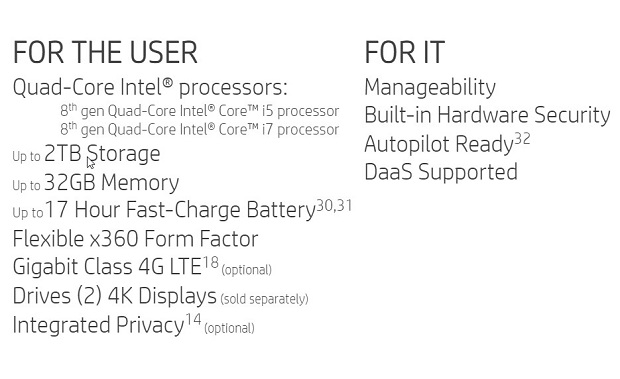 As a business product designed for enterprise and IT environments, HP Elitebooks come with security tools including HP Sure Start self-healing BIOS, Sure Recover quick recovery and re-imaging tool, and Sure Click virtual machines.

Introduced alongside the laptop is Sazzle, a style service for businesses and individuals to etch custom logos on to the body of the device.

The HP Spectre ultrabook family focuses on mainstream performance and portability. As the HP’s highest-end consumer machines, they use premium materials and components. 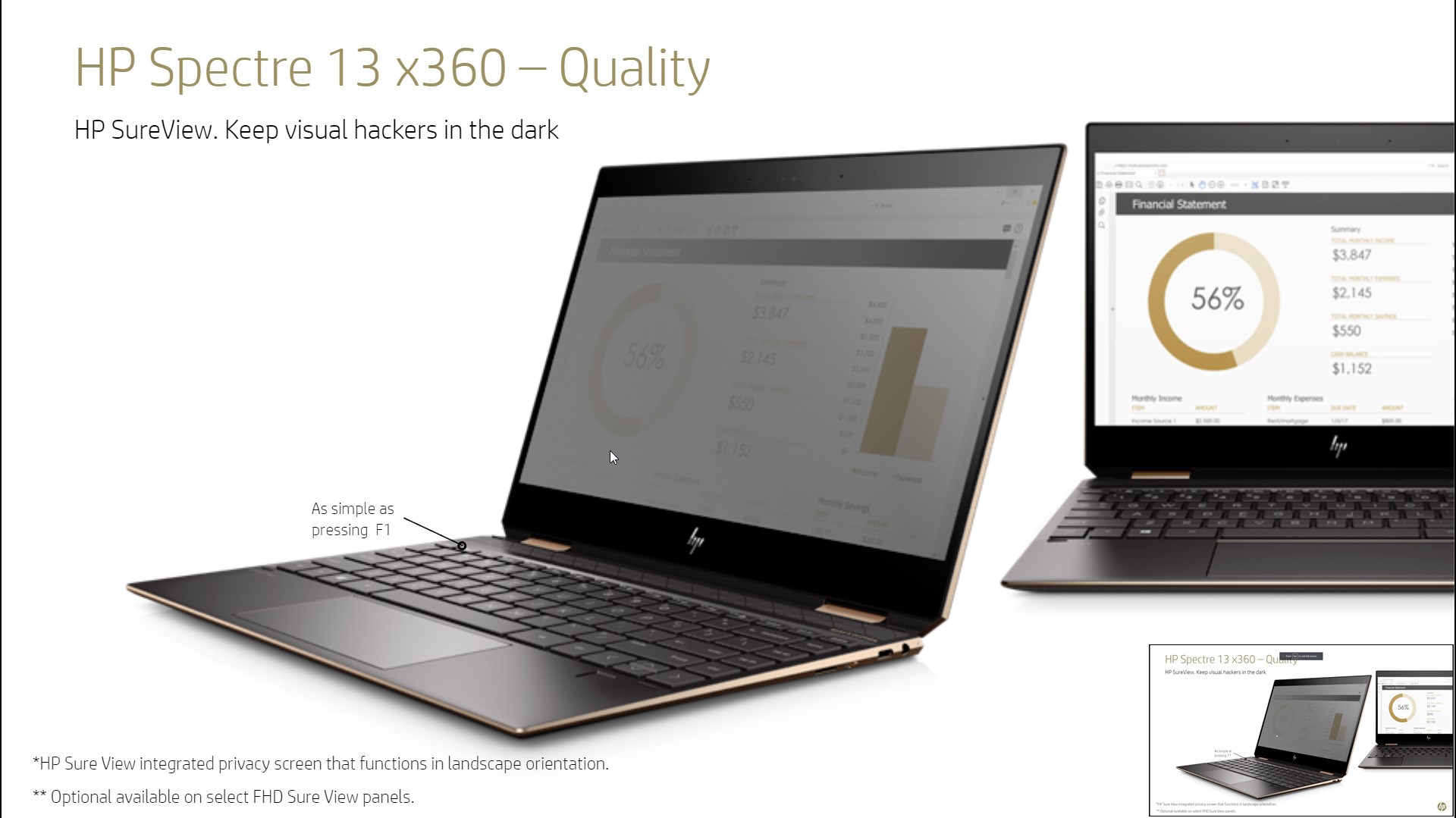 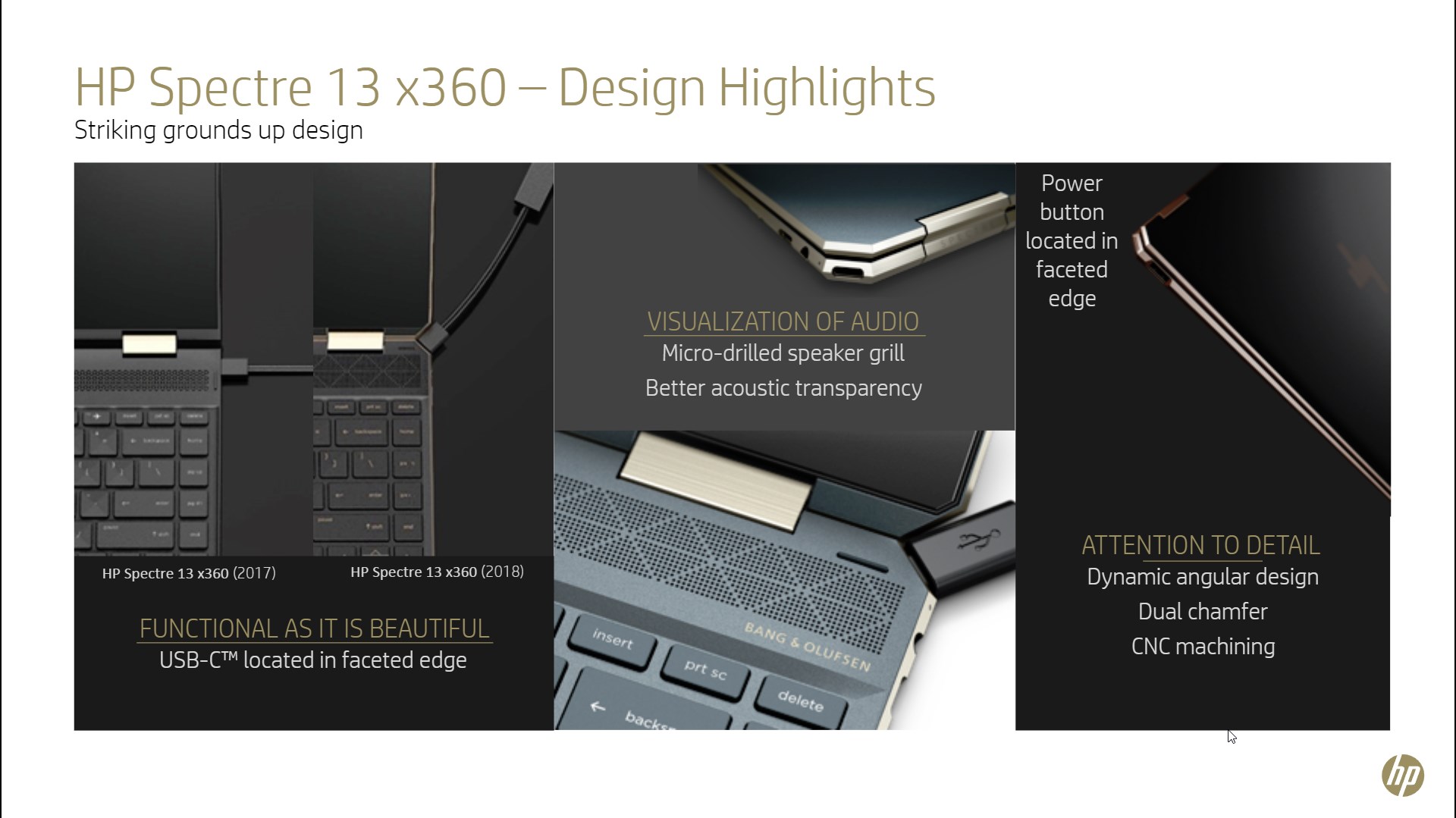 For the Spectre 13 x360, HP deployed the same 1W display panel used for its new Elitebook and increased the battery size to achieve a 22-hour battery life. 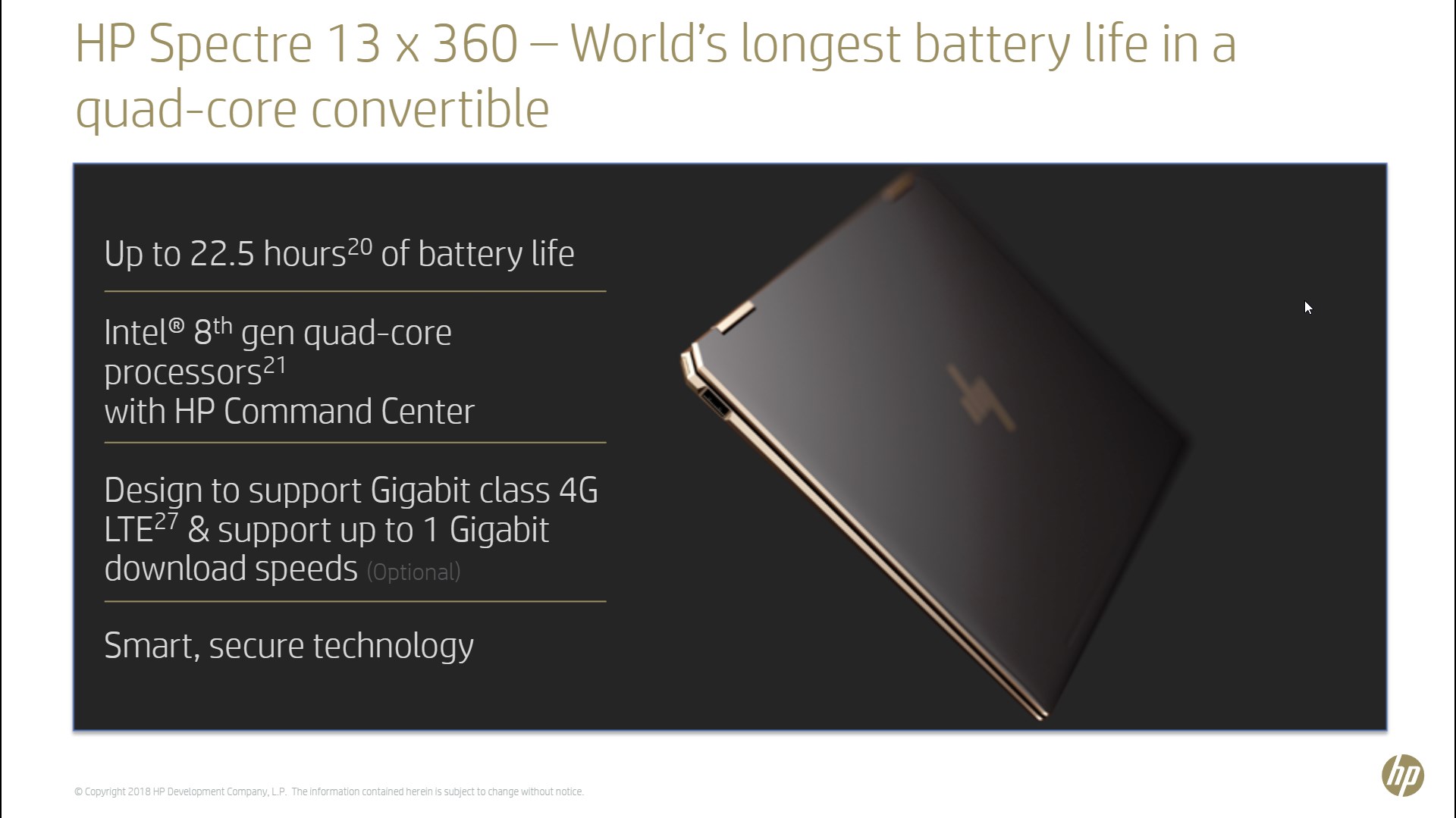 To alleviate privacy concerns with webcams, HP has added a dedicated switch for the webcam to the HP Spectre 13 x360 that cuts off electricity flow to the webcam. 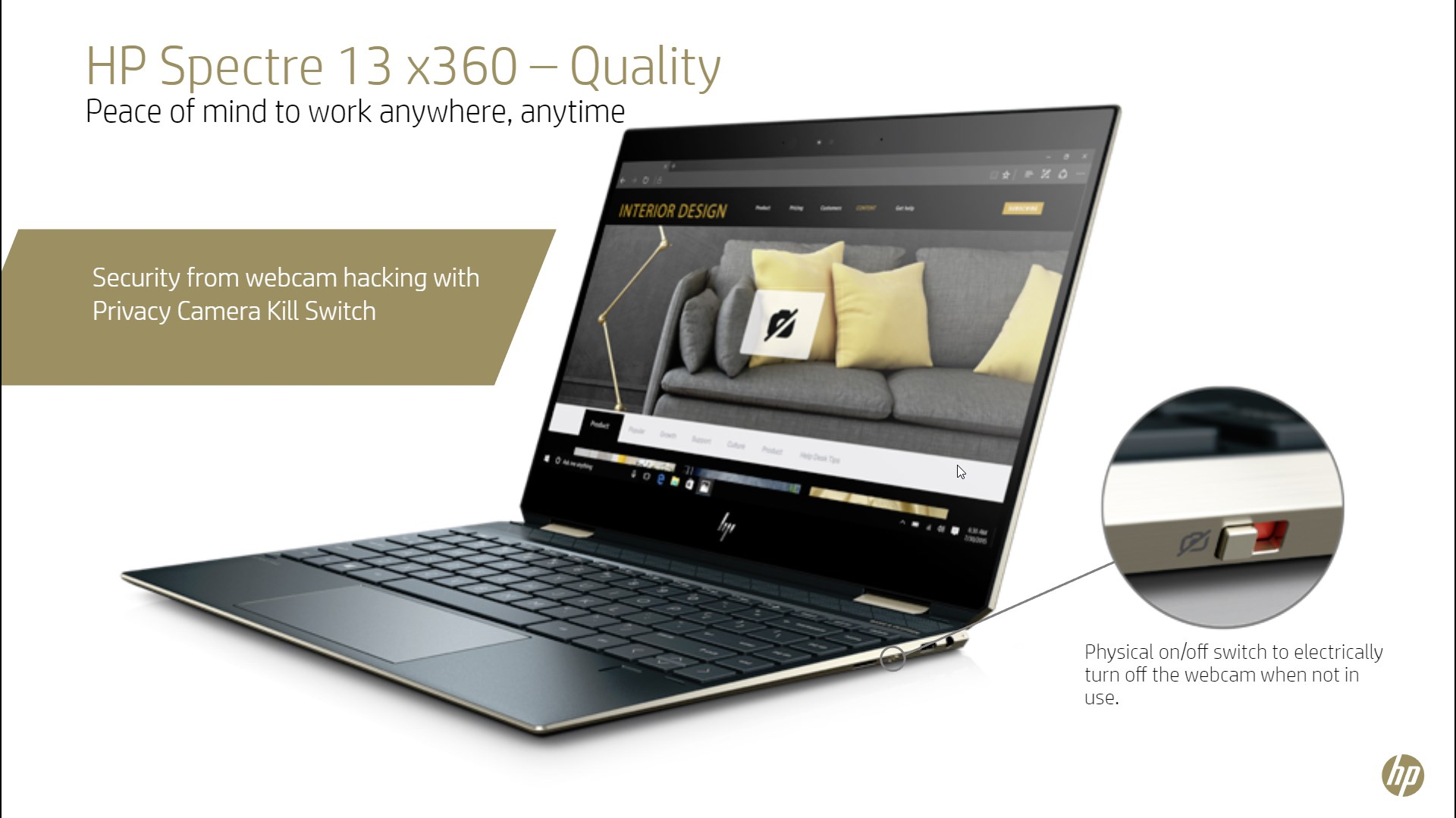 The HP Spectre 15 x360 is the more powerful variant of the Spectre family, featuring up to a hex-core processor and dedicated graphics while maintaining the slim Spectre design. 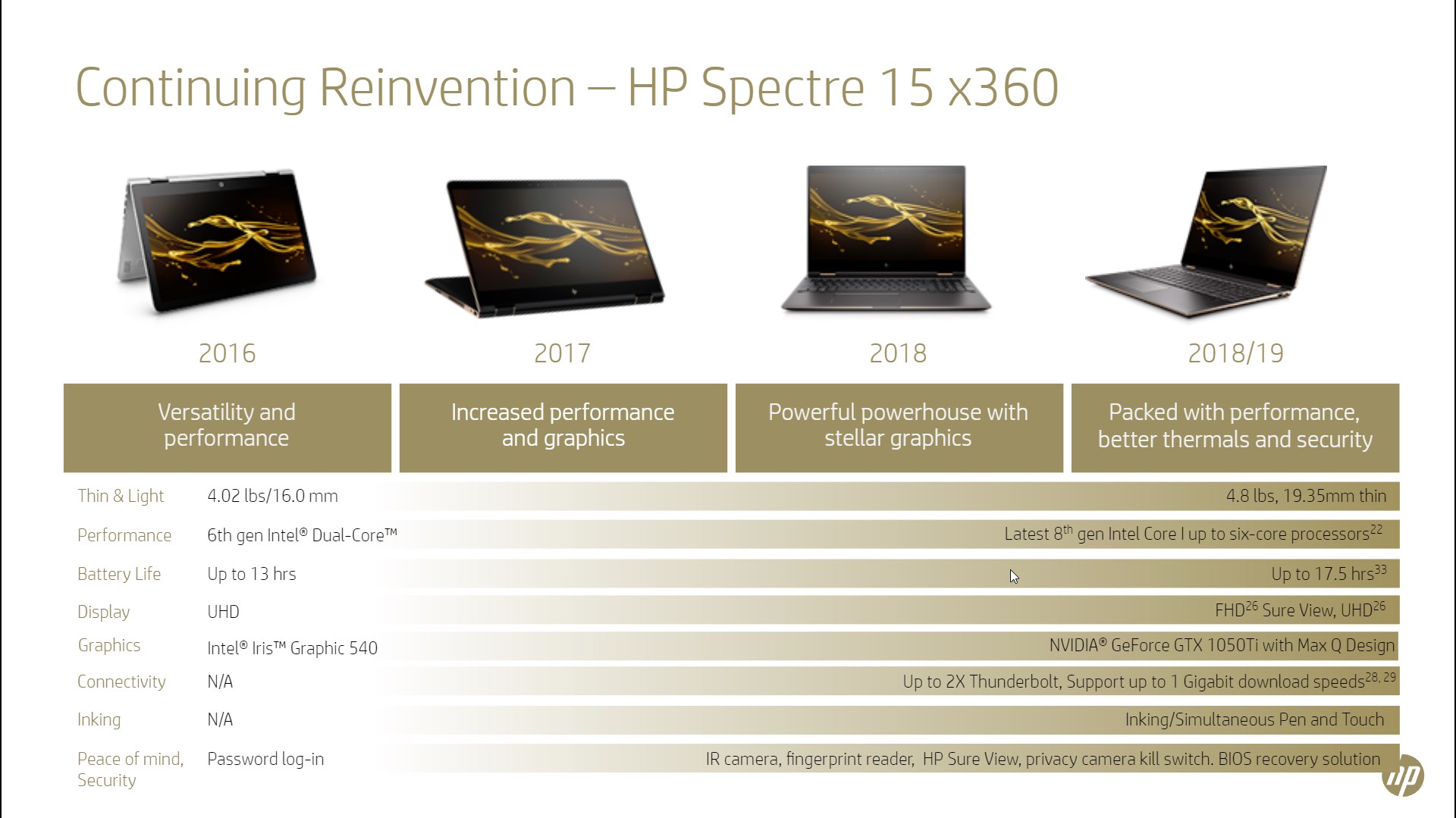 In addition to the quad-core Intel i7-8560U processor, the Spectre 15 x360 now has the hex-core Intel i7-8750H as a processor option. Graphics choices include the low powered Nvidia MX150, or the more powerful Nvidia GTX 1050 Ti. 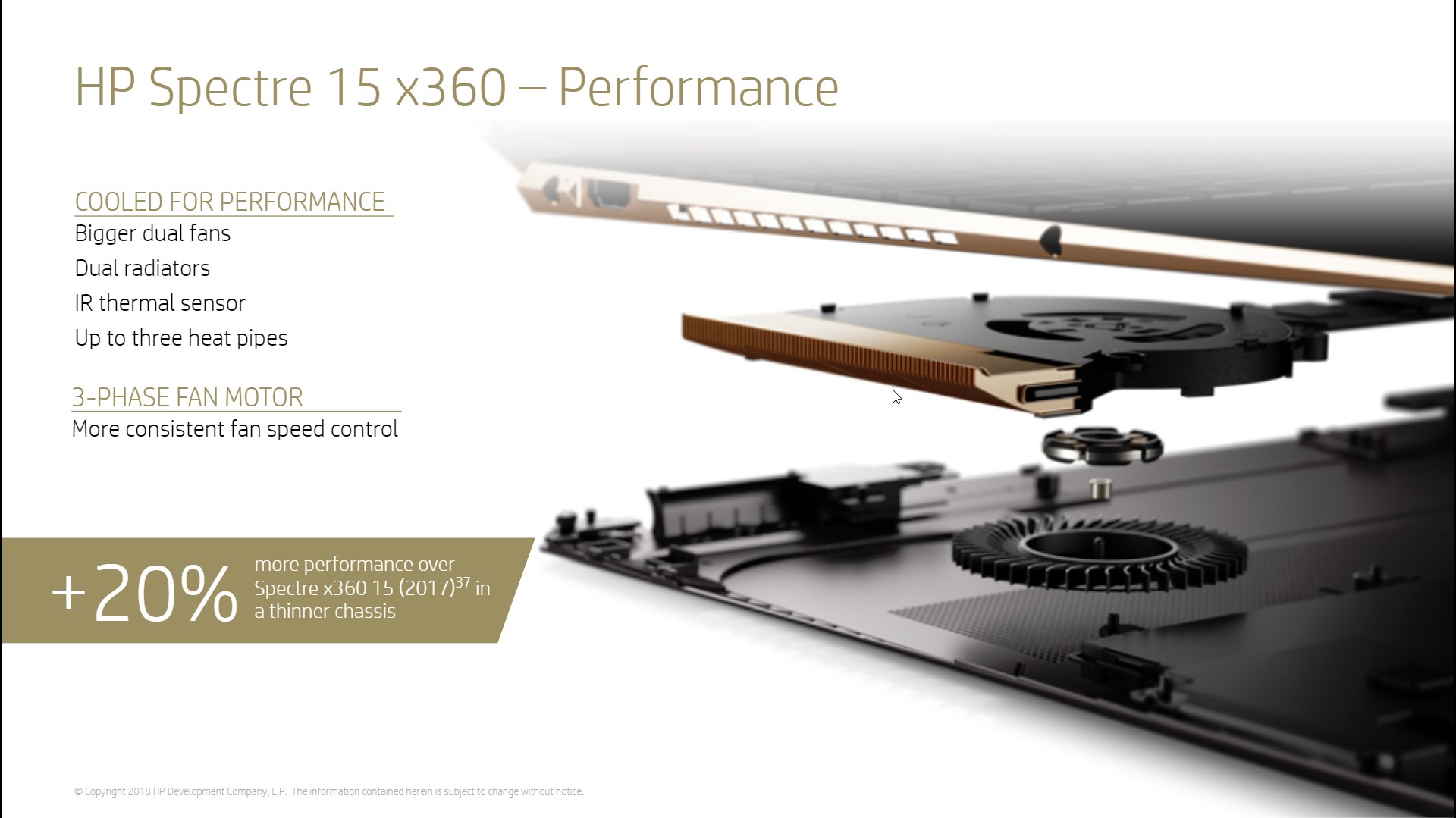 The HP EliteDisplay E243 is a 23.8″, 1080p FHD monitor that uses a single USB-C cable for data transfer. It uses an IPS panel and features a contrast ratio of 1,000:1. Equipped with two USB 3.0 ports at the rear, the monitor can also act as a small USB hub. 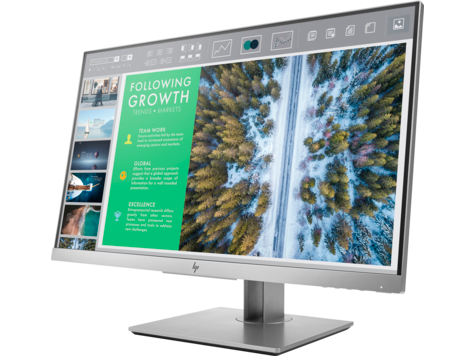 Canadian pricing has yet to be determined. All devices will be available from HP’s web store in the coming weeks. Expect products in-store in December.

Tom Li
Telecommunication and consumer hardware are Tom's main beats at IT World Canada. He loves to talk about Canada's network infrastructure, semiconductor products, and of course, anything hot and new in the consumer technology space. You'll also occasionally see his name appended to articles on cloud, security, and SaaS-related news. If you're ever up for a lengthy discussion about the nuances of each of the above sectors or have an upcoming product that people will love, feel free to drop him a line at tli@itwc.ca.
Previous articleHashtag Trending – Google Home Hub reviews, smarter traffic lights, smartphones owned for longer
Next articleTelus embraces GitHub’s open source community to create digital platform

Get back to basics to build a strong corporate culture