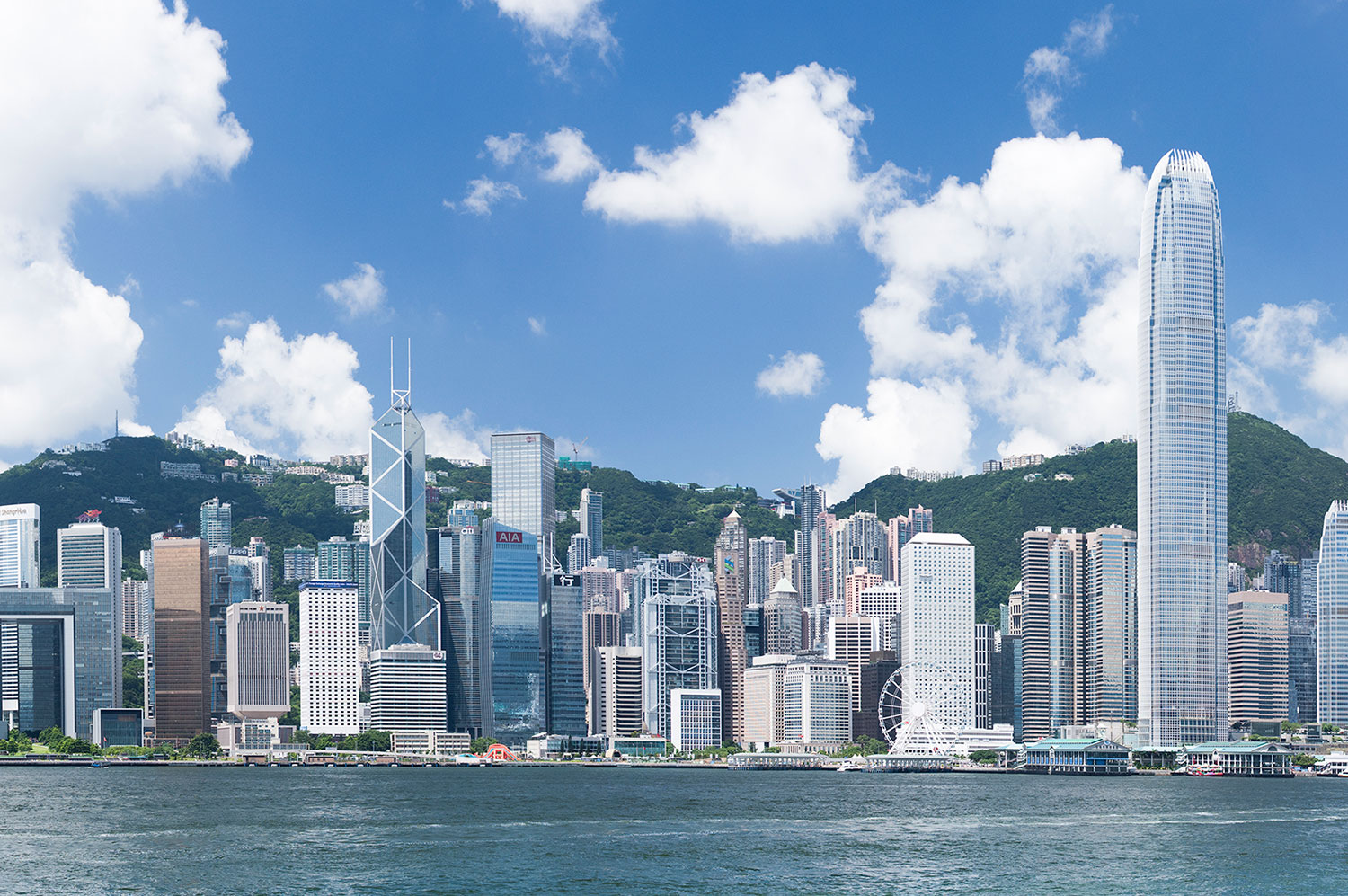 In an alley behind the Hong Kong Productivity Council building in Kowloon, a dolly-driving worker tows a large four-wheeled machine that has two long articulated arms that gracefully put lights on top of pylons and then place the pylons on the road.

It’s a hypnotizing display that goes on for a few minutes, until rain starts falling and the prototype has to be driven back into its crate. It’s not rain-proof yet. But in the near future, the Hong Kong government plans to use this device in the back of a pickup truck to place pylons along working sites as construction is conducted on roads. The idea is that it would improve worker safety, as they wouldn’t be exposed before a construction area is clearly marked in live traffic. It’s also faster than a worker can place a number of pylons.

This pylon-placing robot is just one product of a huge effort that Hong Kong has funnelled into a multi-pronged smart city vision over the past 18 months. The Special Administrative Region (SAR) government, which operates independently within China, outlined the vision in Smart City Blueprint released December 2017. Overall, it aims to use IT to make the city-state of 7 million more liveable, more innovative, more assistive and diverse, and more efficient. To do so, it outlines 76 different schemes and measures.

The smart city plan, a responsibility owned by the Office of the Government CIO, is a wide-ranging and ambitious one that includes both new infrastructure and new platforms what will come together to deliver something more than the sum of its parts. Projects include smart lampposts that will provide free public Wi-Fi and 5G wireless, a national digital identity program, an open data platform comprising thousands of datasets, AI chatbots, and a cyber security emergency response team that helps businesses level the playing field against hackers.

“When we talk about ‘smart city’ its’ a very wide subject, it covers all other government departments,” says Victor Lam, the CIO of Hong Kong. “But we have a central coordination role.”

In an effort to boost it up the ranks, Hong Kong’s government committed another $300 million HKD (about $50 million CAD) towards setting up Common Spatial Data Infrastructure by 2023 – or the capability for different government departments to exchange geospatial data. That project just adds to the list of the many proofs of concept, pilot projects, and full-scale executions spurred by the 2017 blueprint.

Take the smart lampposts, for example. the government is working with ST Engineering on deploying 50 Multi-functional Smart Lampposts in east Kowloon by the end of June as part of a pilot project that runs until December. Lam says the lampposts are the result of a collaboration between many companies and research institutes.

Aside from just lighting the streets at night, the towering poles serve a variety of different functions. A 5G base station awaits the rollout of 5G wireless in the future, free public Wi-Fi emanates from another hot spot, a transparent donut casing around the middle holds a hub of video cameras, there’s a weather station delivering micro-climate updates, and the base even has an RFID-powered cane navigation system to assist the visually impaired.

On the floor of the ICT Expo taking place in April, Kingsley Wong, the assistant government CIO for Hong Hong, discussed the project as he stood underneath a towering example.

“We did a lot of consultation around the world and we’re taking the experiences of other regions,” he says. “We consider this kind of infrastructure will provide us with a very good foundation for us to deliver on smart city innovation.”

The smart cane navigation system works when citizens who use a RFID-enabled cane tap the base of the lamppost. A companion mobile app communicates the location of the lamppost through audio. 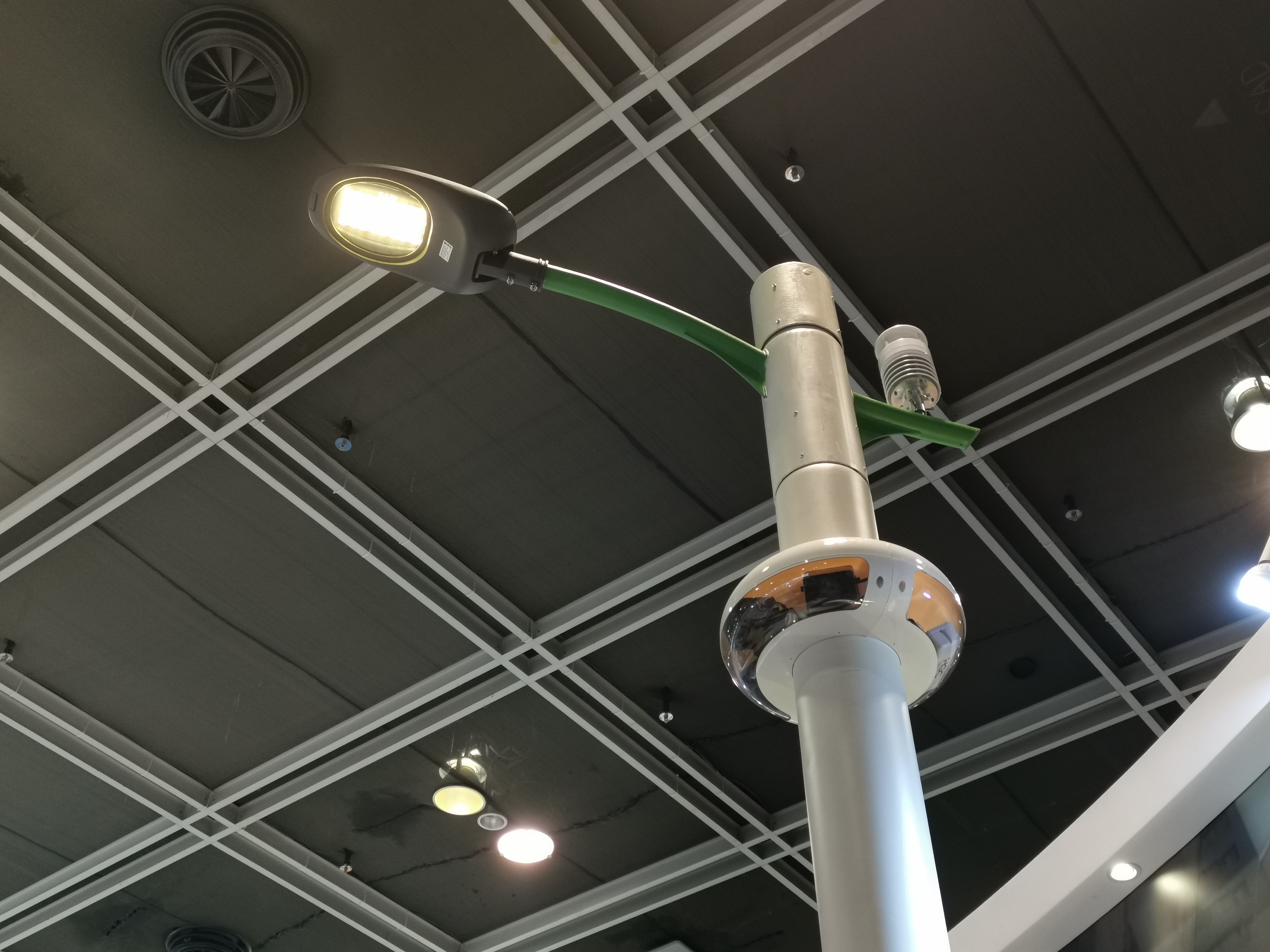 But what of the potential privacy invasion with so many more cameras being installed? Wong says that by using an edge computing model, not all of the video collected by the lampposts will be streamed out in real-time. When police want to use the surveillance to investigate a crime, they’ll have to ask for permission to retrieve the footage.

Though Lam says he isn’t hearing worries about privacy in early consultations on the project. “Most people want us to do more,” he says. “Most people welcome the lampposts to capture illegal activities, even to stop illegal parking. But we must be very cautious of personal privacy.”

The blueprint has a data governance model that the Privacy Commissioner of Personal Data is responsible for. Lam says part of the requirements of that model ensure that government departments can’t share personal data unless they have consent from the citizen, similar to the rule in Canada.

As part of its smart city drive, many of the Hong Kong SAR’s services will be redeveloped in the next couple of years to offer digital self-service channels. Applying to renew a driver’s licence, pay your taxes, apply for public housing assistance, receive travel alerts, or even to find a job will be possible online. To make that more cost-effective, Hong Kong is also rolling on a digital identity, which it calls eID, to a critical mass of residents by 2021.

It’s not intended to replace citizen’s physical ID, Lam says, so residents will still need to present their driver’s licence when they get pulled over, or their passport when re-entering the country. The incentive to adopt it will be to access government services conveniently, and Lam hopes that private sector partners such as banks and the Jockey Club (horse racing is a big deal in Hong Kong) will also use it.

“We will make it compelling but not compulsory,” he said. “We very seldom make things compulsory, at least at the start.”

The government will also be making it the only way to authenticate for its services in the near future, says Wong. It will also focus on communicating the convenience factor.

“In the future, a citizen just needs to remember one set of ID and password for government services,” he says. “With a mobile device, they don’t even need to remember the password, they just need to do the biometric authentication.”

Signing up for the eID is free and done via a mobile app. To enrol, residents register biometric features such as their fingerprint and their face. Rather than simply snap a selfie, users must record a ‘proof-of-life’ video of themselves blinking, to prevent forgeries. Hong Kong SAR says the biometric information will be tokenized, so no actual personal information is stored in the eID.

The eID project is already winning kudos, including a win in the civic-engagement category of consultant firm IDC’s Smart City Asia-Pacific Awards in July 2018. Unlike other digital identity projects in other countries, there’s no use of blockchain for eID. Rather, it makes use of the central database of the Hong Kong SAR’s Immigration Department.

When Hong Kongers do login to government services, if they need help with anything, it’s likely they’ll interact with an AI-powered chatbot. A part of the Smart City Blueprint plan, the chatbots will be featured on the SAR’s government website. Lam’s office has been shepherding the development of the technology.

“Weather information is implemented already,” he says. “You can also search for government services on our one-stop portal.”

Another facet of the government portal will be focused on providing open data datasets. The Public Sector Information Portal started in 2018 with data sets from health, transportation, and education. Recently, it’s added datasets on traffic, electric vehicle charging stations in the city, and a list of newly incorporated or registered companies. Many of the datasets have geospatial details and can be browsed on a map.

Backing up Hong Kong SAR’s smart city ambitions the Hong Kong Computer Emergency Response Team Coordination Centre (HKCERT), which was founded in 2001 to help government and businesses defend against hackers. A part of the Hong Kong Productivity Council (HKPC), its most recent three-year strategic plan was aligned with the smart city blueprint, right after HKCERT played a crucial role in preventing disaster when the WannaCry ransomware was causing problems around the world.

“The avoidance of a big outspread of WannaCry in Hong Kong was one of the excellent things done by HKCERT,” says Edmon Lai, chief digital officer at HKPC.  “We provided all the instructions on what needed to be done to prevent infection.”

One lucky stroke was that WannaCry hit on a weekend in May 2017, giving HKCERT time to identify the steps required to prevent a spread of the ransomware. By the time businesses were booting up their PCs on Monday, they found the alert in their inboxes, complete with a course of action.

Following the incident, as ransomware became a more common threat, HKCERT conducted a Fight Ransomware Campaign, with public education seminars and an intelligence portal accessible via social media. Two years later, the centre is still fighting WannaCry. Its 2018 report says that a 56 per cent rise in malware infection incident reports are due mainly to WannaCry sinkhole detections. The number of bot-WannaCry cases doubled from 1,210 in 2017 to 2,426 in 2018.

In addition to making sure businesses don’t have their data ransomed, HKCERT is also focusing on internet of things (IoT) as smart city technology becomes a priority.

“A lot of the time, the weakest link is a camera, or a light bulb connected to the network,” Lai says. “You think it’s low risk, but it’s actually an entry point for hackers.”

While those in the Hong Kong government point to China’s “one country, two systems” approach, giving Hong Kong independence within China’s sovereign territory, it’s hard to not look at Hong Kong’s smart city efforts in the broader picture of what’s happening in China. At the Internet Economy Summit in April, David Aikman, the chief representative officer of greater China for the World Economic Forum said that the country has 600 smart city projects running right now. As the rising economic power is set to become one of the most important players in the fourth industrial revolution, he says that sometimes the innovation taking place in China is outpacing ethical norms.

“We’re moving towards a world that is multi-conceptual, in which the major powers have different ideas about how technologies should be governed,” he says.

To foster strategic collaboration in that world, international coordination is the bare minimum, he says.

Perhaps Hong Kong, which bills itself as China’s international city, and which has crafted a smart city plan in a way that acknowledges personal privacy rights in data governance frameworks, can play a role in bridging the worldviews between the east and the west.