Trending on Twitter, Samsung finds itself in hot water because its phones don’t work in water. The Australian Competition & Consumer Commission has brought them to court over misleading ads. It is being alleged that Samsung misled consumers as to the level of water resistance the Galaxy branded phones had. In over 300 ads, Samsung claimed the phones were water resistant for up to 1.5 metres for 30 minutes. A representative from the ACCC says this is not the case. It is being alleged that Samsung failed to put the phone through the proper testing to make this claim and are now failing to provide proper warranty coverage for those whose phones were damaged due to use in water.

Moving over to Reddit, we have a story that is quite relevant in today’s current landscape. Just as places like San Francisco are banning the use of facial recognition technology, a report has been released revealing that after undergoing internal testing, the facial recognition system in London, England, has proven to be wrong 81% of the time. Also included in the report was a claim that if this sytem were to be questioned in court, it would be highly possible that it would be proven to be unlawful.

Last up, is another story trending on Twitter. BBC’s technology show, Click, has come to its 1000th episode. And in celebration of this milestone, the show is being released in an entirely new and exciting format. For the first time in the history of news television, we will have a fully interactive news program. Sort of like a choose your own adventure, but moreso the user gets to select which topics interest them the most or which aspects of a topic interest them the most and get a deeper dive in that rather than something they do not care for. Should be interesting to see where this leads us!

Buckley Smithhttps://www.itbusiness.ca
Staff writer for IT World Canada. Covering the world of technology as it applies to business. Buckley is an avid sports fan who loves travel, food, and music. Can be contacted at bsmith@itwc.ca or 416-290-2000.
Previous articleCommunications with security team still a barrier to successful DevOps, survey suggests
Next articleCyber Security Today – U.S. city hit by scam, Linux servers being hunted and sloppy thinking in mobile app 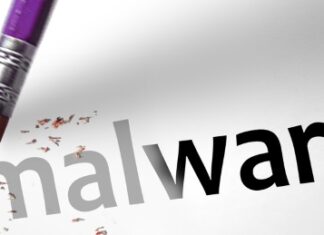