Hardbacon founder says stock brokers are next up for FinTech disruption 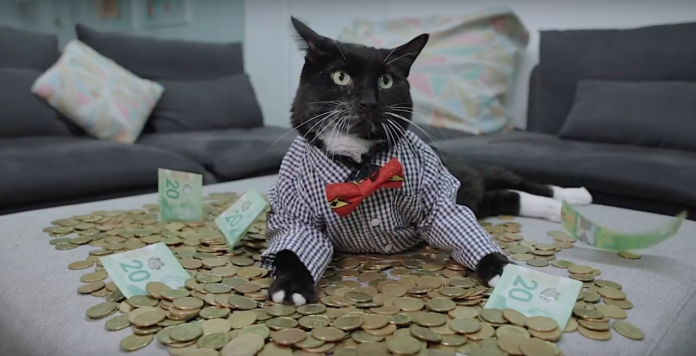 A Montreal-based former business journalist has raised $50,000 in crowdfunding, including $14,000 from BMO SmartFolio, to add an online course to his stock-investing mobile app launching this summer.

Hardbacon, which is developing a mobile app that puts a virtual stock broker into your pocket, launched a crowdfunding campaign with a goal of $10,000 on Ulule.com earlier this year. With more than a week left before its close, the campaign reached 517 per cent of its funding goal with more than $50,000 committed. Funders committing at least $50 are able to attend the full course, Not Another Boring Course About Investment.

Founder Julien Brault was a business reporter covering the startup scene in Montreal, writing for publications including Les Affaires. Seeing the success of some technology startups that brought disruption to industries like transportation and short-term rentals, he thought why not him? Also reporting on the stock market, Brault thought the tools available were dated, so he turned his entrepreneurial eye to that industry.

“Why didn’t the tech revolution disrupt finance?” he says. “In Canada, no one is trying to disrupt brokerage.”

Brault says that some other recent “roboadvisor” entrants to the FinTech focus on a “set it and forget it” type of approach with investing. Hardbacon is targeting millennials that want to be more involved in picking individual stocks for their portfolios, and will offer advice on how to customize an investing strategy that’s best for each individual.

“We’re targeting people that are a little more interested,” Brault says. “It’s not their full-time occupation, but they want to do more than just set a portfolio and forget it.”

Rather than just provide information about stocks, the mobile app will help investors make sense of them in relation to their existing portfolio. It helps users create a diversified portfolio without too much exposure to any one industry. The advice is triggered when users take actions on their investments.

“Are you aware that the transaction you’re trying to make is with penny stocks, but most of your account is in blue chip stocks,” Brault gives as an example. “Most people don’t do investments because they’re just lost in this world.”

BMO Smartfolio, the bank’s present investment service, is welcomed by Hardbacon, and Brault says it’s the “start of a relationship.” But the intent is for the app to tie into many major players in the industry. Hardbacon users will still need to have a separate brokerage account that authorized them to buy stocks.

Brault says that Questrade, Virtual Broker, and Interactive Broker all over APIs that provide the technical infrastructure for Hardbacon to connect with. But those are closed APIs, so the brokerages will have to agree to work with the startup.

Hardbacon is being built with a .Net backend and will likely use Apple’s Swift programming language for the iOS front-end. An iOS closed beta is planned to be launched in June with a wider official launch in September. An Android app is also in Brault’s plans.

Meanwhile, the former journalist is still practicing his craft, writing the Hardbacon newsletter. He says it features exclusive content that is different from the articles found on the website.