A couple of years ago, Abu Dhabi student Saqueib Azhad Khan became the world’s youngest Microsoft Certified Systems Engineer (MCSE) at the age of 11. Now, the 13-year-old has a new challenge – to become a Cisco Certified Network Associate (CCNA).

Like any teenager, Saqueib names his favorite pastimes as riding his bike, reading, playing basketball, and doing “anything outdoors”. However, from a young age, he exhibited a slightly more advanced interest — he was fascinated with computers.

“I started playing around with small computer repairs at 4,” Saqueib states as though this is nothing out of the ordinary.

With father Zahlid Ali Khan encouraging his hobby Saqueib, who was born in the United Arab Emirates to Pakistani parents, sat his first goal to become a Certified Novell Administrator (CNA) aged 8. “I stopped there, and started concentrating on school and my grades, but couldn’t help thinking about IT again,” explains Saqueib.

So it was back to the keyboard, this time with a focus on Microsoft, because “I could get all the books and CD-ROMs I needed at low prices.” According to Saqueib, this easy access to resources is how Microsoft has managed to increase its number of IT professionals rapidly in a short space of time.

He became a Microsoft Certified Professional (MCP) at 11, and took his MCSE exams shortly before his 12th birthday in the same year.

His computer knowledge is a mix of home study (Saqueib can polish off an 800-page technical textbook in three nights), and learning from friendly professionals and his computer technician dad. He says the testing centers, such as Executrain, Compubase and New Horizons, were sceptical at first, but realized that “with a lot of practice this small kid could do it.”

Saqueib says his attraction to computers comes from the fact that you can tell them what to do. “It’s like a robot – if you provide the software and the commands it will work how you want it to,” he says. “And you can do lots of things that will make your life easier.”

In the 12 months since he became an MCSE, Saqueib has kept himself busy. He beta tested Windows 2000, finding running faults with the software on Pentium II and III machines and advising the US development team to them before anyone else. “I noticed it was fixed by Release Candidate 2,” he says nonchalantly.

He was also invited to attend a Microsoft seminar in Orlando, Florida. Although he didn’t get to meet Bill Gates, Saqueib had a great view from his front row seat.

“The seminar was full of developers and engineers, and it was great to learn about all the latest Microsoft and related products,” he says. “I was stopped by the CID in the exhibition halls for being a kid, but once they realized I wasn’t just hanging around they were fine, and everyone was really nice, telling me to keep it up.”

Saqueib is unsure whether the best part of the trip was getting to play with a connected network of over a thousand PCs, or visiting Disneyworld and Universal Studios.

He has also presented a Microsoft seminar on its latest products to companies and students and even his trainer. This is something he hopes to do more, as he enjoys introducing people to new technologies.

Saqueib has not had much chance to use his training, although several local companies and institutes that will remain nameless allow him to do small jobs and practice on their networks in the holidays.

Saqueib has very definite views on the technology he uses. On his PCs he has installed NT 4 and Windows 98. “I have temporarily demolished my Windows 2000 network.” he says. “This is better for my school projects.”

He’s also very excited about Windows 2000. “It’s totally fit for people who are working at home; so many plug-and-play problems are solved.” Although he has not had a chance to play with Windows ME properly yet, he admires Microsoft for wanting to keep Windows 98 alive. “One of the best products for public users,” he says.

Saqueib has decided what his dream machine would be. It would incorporate a Pentium 4, Exchange 2000, Windows ME, (for home) or Windows 2000 advanced data server (for networking). Hardware would be Compaq and the hard drive would be Western Digital.

His two favorite new technologies are XML (described as “funky”) and Microsoft’s Digital Dashboard, and he is very excited about the upcoming launch of Intel’s Itanium.

“64-bit advanced computing is the way to go,” he whispers reverentially.

“I’ve read his life story and I think it’s really interesting how he just went after his goals and encouraged others to do better. It makes you think about how you can increase the achievements in your own life,” he says. He even has his own version of Gates’ “A PC on every desktop” vision. “Everything in one compact device. That’s my dream – not shifting stuff between chunky PCs. I’d make it like a mini-laptop, with continually advanced features for home, office and Internet that you could download.” His advice to Gates now would be to make more educational software.

Saqueib sees Microsoft’s current legal issues as unfair. “He (Gates) just wants all the software that he makes to be easy for normal people to use, and to bring more people to it, and someone is beating him up over it. I think he should be able to keep it as one company – he’s earned it.”

As for the IT industry, Saqueib thinks it is great the way big companies are working together to drive new developments. Now, he says, they should continue addressing the issues of speed and reliability. “The two should not be separate. If something is reliable, it will still be lacking without speed, and vice versa. Many solutions have this, but they need faster hardware. It’s now the hardware guys’ job to catch up with the software guys.”

Despite all he has achieved, Saqueib is not resting on his laurels. “I now plan to do the CCNA and my Windows 2000 MCSE,” he says. “I have to upgrade myself, and I need networking to have end-to-end expertise.”

He now plans to do the Cisco certification. “I did CCNA training three months before so it makes it easier to go through the books,” he explains. The biggest hurdle for Saqueib’s latest venture is that it requires routers he doesn’t have. “Most of what I earn goes into this,” his father exclaims. “And with networking, he needs two of everything.” But practical Saqueib has found some Web sites that will mimic the networking environments that he needs.

Despite all this, Saqueib does not want to be an engineer when he grows up. “I want to be an earth science astronomer,” he says. “I want to go into space and make a separate living world. But this training will help me in building more sophisticated technologies to do that.”

It would indeed seem the sky is the limit for young Saqueib. 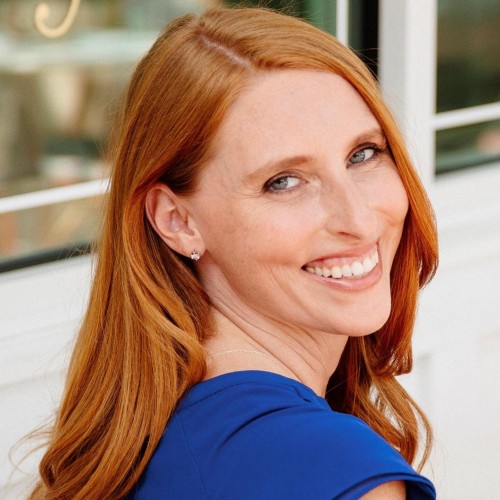