Canada is still studying whether it will follow American and U.K. rules forbidding airline passengers flying out of a number of African and Middle Eastern airports directly to their countries from bringing any electronic devices larger than a smartphone into the cabin.

The rule, which came into effect Saturday, means laptops, tablets, DVD readers and cameras will have to be stowed with their luggage in the belly of the plane.

But already business travelers here are asking what they should do, not only if they are flying through the U.S. or Britain, but also if the ban spreads to more countries.

Remember, it’s not just the inconvenience of not having a device to work on, there’s also the risk of baggage theft.

Ruchir Kumar, vice-president of cyber security at KPMG Canada said in an interview Friday that several organizations have been asking his firm for advice. “For an executive [coming directly from one of the named countries] it’s 14-15 hours of flight time,” notes Kumar. “If they were to work four to six hours, that’s something they won’t be able do to.” Here’s what he’s been telling them, as well as some pointers from others:

A minimally-loaded laptop could have virtual private network (VPN) software for securely linking back to the office for sensitive files and email. But a true burner laptop has no way to communicate online.

The decision is a balance of risk and security, says Kumar; 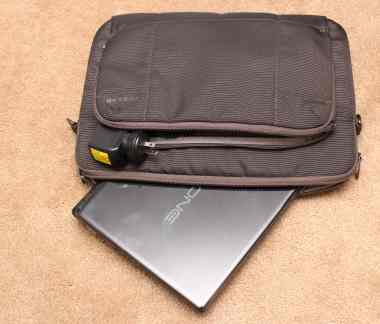 Howard Solomon
Currently a freelance writer, I'm the former editor of ITWorldCanada.com and Computing Canada. An IT journalist since 1997, I've written for several of ITWC's sister publications including ITBusiness.ca and Computer Dealer News. Before that I was a staff reporter at the Calgary Herald and the Brampton (Ont.) Daily Times. I can be reached at hsolomon [@] soloreporter.com
Previous articleCIO Association of Canada expands to include security leaders
Next articleNokia slams phone makers that put dangerous adware on devices