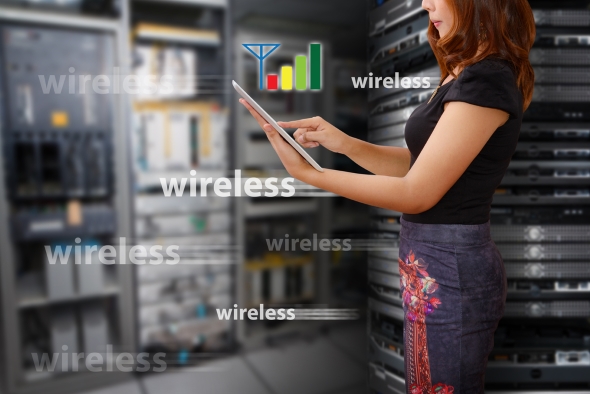 Edmonton’s city council has agreed to allow Shaw Communication’s Wi-Fi network to expand to municipally-owned areas across the city.

The planned expansion will give wireless Internet access to people with mobile devices in a broader area than the original footprint including light rail transit stations, city facilities and libraries.

“Recent advances in digital communication are reshaping economies and societies of many cities around the world. Having readily available Wi-Fi access in our city has become a necessity to be a fully digitally connected city,” city manager Simon Farbrother said in a statement Thursday.

“Our relationship with Shaw provides a cost-effective way to provide our citizens with free online access from all important public and gathering locations across the city.”
RELATED CONTENT
Shaw starts Wi-Fi trial in Vancouver, Calgary, Edmonton
Shaw turns its back on cellular
The deal follows pacts between Shaw and municipal governments in Victoria, B.C. and Winnipeg.
The expansion across Edmonton, with a population of about 825,000 will take place over the next two years. “It will allow us to have very comprehensive coverage throughout the city,” Greg Pulz, Shaw’s vice-president of operations, said in an interview.
Shaw cable subscribers get free access to the network, which has hundreds of access points across the city in many restaurants, bars and retail outlets. As part of the deal to get into the municipal facilities Shaw agreed to give free access to non-subscribers as well in city-controlled areas. However, they are limited to downloading 500 MB of data.

Shaw, the incumbent cable carrier in Alberta, British Columbia and parts of Manitoba, began building municipal Wi-Fi networks in 2011 after deciding against getting into the cellular business. That despite having paid just over $189 million for wireless spectrum in 2008.

It has signed a deal giving Rogers Communications Inc. first option to buy that spectrum when a government embargo on selling the frequencies expires in the fall of 2014. However, that deal is being reviewed by Industry Canada.

Howard Solomon
Currently a freelance writer, I'm the former editor of ITWorldCanada.com and Computing Canada. An IT journalist since 1997, I've written for several of ITWC's sister publications including ITBusiness.ca and Computer Dealer News. Before that I was a staff reporter at the Calgary Herald and the Brampton (Ont.) Daily Times. I can be reached at hsolomon [@] soloreporter.com
Previous article
Why Washington’s lead on open data is worth following
Next article
Wind Mobile financier back in Canada