DragonWave cuts loss, promises to be in black

An Ottawa maker of Ethernet backhaul microwave gear believes it will get into the black this year after tightening its losses.

Peter Allen, president and CEO of DragonWave Inc., made the prediction Friday after releasing the company’s figures for the year ending Feb. 28, in which it lost $6 million on sales of $43.3 million. That was better than the $8.3 million it lost the previous year.

“The future is exciting and it’s starting now,” he told financial analysts on a conference call.

That $43.3 million in sales was a seven per cent increase over fiscal 2008 and was helped by $11 million in revenues in the fourth quarter, the second highest in the company’s history. Allen says that figure will be beaten in the first quarter.

The figures are some evidence that a number of mobile service providers are willing to spend on upgrading their networks despite the increasing global recession.

The company added 55 new customers during the year, including one in China, and has already started receiving revenue from an unnamed North American provider – believed to be Clearwire – for $15 million worth of its Horizon radios. It’s Clear division is starting to build a WiMAX network across the U.S. In addition, a provider in Pakistan just chose DragonWave for the first phase of a network rollout. The company is looking at opportunities in the Asia Pacific, Caribbean and South Africa regions. As a result, Allen justified his optimism.

“As I look forward I believe fiscal 2010 will be a breakout year for DragonWave, and we expect strong growth from existing customers,” he said. “We’re only at the very early stage of a network transition for mobile carriers as they reshape their networks for the major wave of increased mobile date as they deploy 3G, HSPA and 4G systems.”

Carriers with 2G networks can handle traffic with copper lines between transmitters, he said. But once they shift to 3G and the increased data it will carry, carriers that don’t have a fibre optic network will have to turn to wireless backhaul to meet the capacity, he maintained.

In a report issued last month, Infonetics Research of Campbell, Calif., noted that carriers are increasing their spending on Ethernet technologies in general, with Ethernet microwave for backhaul expected to be the fastest growing segment. “One market that’s completely defying the downturn in every part of the world is mobile backhaul,” said Michael Howard, Infonetics’ principal analyst.

With handset users increasingly using their devices for data – accessing Web pages, downloading music and sending video – many mobile providers are adding data capacity to their networks. But most backhaul has been designed for voice so traffic, in his words, is being “scrunched.” Infonetics calculates that in North America alone it will take five years to replace the copper cable connecting cellular sites with fibre. Meanwhile operators carriers like have to pay telcos that own the fixed lines billions of dollars in backhaul fees.

An alternative is microwave Ethernet backhaul, which can handle data packets. Infonetics believes that as of 2008 about seven per cent of cellular towers were connected by microwave. By 2011 that could reach 20 per cent, said Howard.

While DragonWave’s technology has advantages, Howard said, its competitors include as well as industry giants such as Alcatel-Lucent, Ericsson and NEC. So the Ottawa company’s size may work against it for some buyers.

It wasn’t an easy year for the company, despite its improving numbers. It had to lay off some 20 people after losing $2.8 million in the third quarter. It ended the year with an operating loss of $11 million, compared to an operating loss of $7.2 million the year before. Gross margin went up to 38 per cent from 34 per cent, in part due to the write off $1 million in inventory of its AirPair systems, which have been replaced by the newer Horizon Duo and Horizon Compact lines. Horizon now accounts for 90 per cent of sales.

Still, it has some $23 million in cash and short term investments, and just enhanced its bank credit to US$10 million from CDN$5 million to meet surges in working capital. It also added US$3million line of credit for capital spending.

Howard Solomon
Currently a freelance writer, I'm the former editor of ITWorldCanada.com and Computing Canada. An IT journalist since 1997, I've written for several of ITWC's sister publications including ITBusiness.ca and Computer Dealer News. Before that I was a staff reporter at the Calgary Herald and the Brampton (Ont.) Daily Times. I can be reached at hsolomon [@] soloreporter.com
Previous articleRecession hits Telus, Bell revenues
Next articleMobility is not just about e-mail and Web surfing 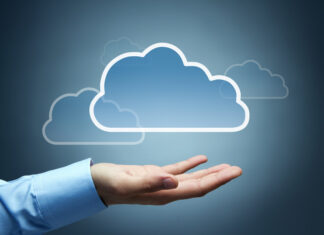