LAS VEGAS – Dell Technologies has launched a PC-as-a-Service (PCaaS) solution that will combine all of its client-devices, software along with deployment services that will include security and support in a per seat, per month price.

Michael Dell told more than 13,000 attendees at the Dell EMC World conference that work is not a place but an activity people perform at different times and at different places.

“PC-as-a-Service provides the PC, software, and financing for a single predictable price. I want to make it clear that the PC remains core to our mission and strategy. It’s how work gets done. PC is a part of the distributed infrastructure for IoT, artificial intelligence, and virtual reality,” Michael Dell said.

Darren Fedorawicz, vice-president of financial services for Dell EMC, said PCaaS is not about the hardware. It will be bundled for the channel with professional support and professional deployment control in a per user, and per month.

The PCaaS bundle will be packaged as an end-to-end product solution from Dell EMC. Fedorawicz added that it will also include recovery services with the professional deployment offering. Dell EMC will also handle asset return and recycling.

“Many customers want to manage the end-of-lifecycle. Customers are keeping PCs much longer so a program like this drives the economic value. More than half of the customers are extending beyond 36 months. We know that the channel can add value to this and it will be partner driven,” Fedorawicz said.

The strategy behind this move is to reduce the cost of managing the hardware in either a three or four-year lifecycle for organizations. A recent IDC survey found that more than 40 per cent of the market have engaged in the past 12 months, or are considering engaging in the next 12 months, in PC-as-a-Service.

Dell EMC is also using this PCaaS model desktop and application virtualization. The Dell EMC VDI Complete Solutions combines the infrastructure, software and the option of thin clients and services. The solution is powered by VMware Horizon and is based on VxRail Appliances or vSAN ReadyNodes.

According to Michael Dell, the average selling price of PCs are going up, not down, and the company has reported 17 quarters in a row of gaining share.

“We have invested in innovation and R&D. There is market consolidation and it gives us scale. If you think about IoT, the parents of IoT is the PC. We are learning from distributed computing. We learn from the client business and around the corner, there’s the 5G network that will connect hundreds of billions of devices together creating a new type of cloud. That will be amazing. And, I’m not talking about on the phone call being fast. It’s about the data,” Michael Dell said. 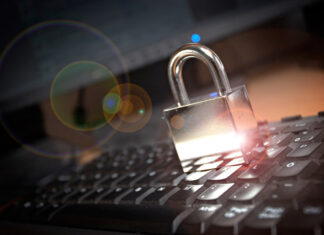