An ongoing project to ensure First Nation community residents in Alberta receive timely client assessments has seen a surprising side effect – the quality of data gathered is improved as well.

Every Albertan seeking placement in a provincial supportive living or long-term care facility requires an InterRAI placement assessment, whether they live on or off reserve. The interRAI Home Care Assessment System has been designed to be a user-friendly, reliable, person-centered assessment system that informs and guides comprehensive care and service planning in community-based settings around the world. But although these client assessments are essential, Home Care clients on-reserve were experiencing wait times of up to 18 months.

Health Canada’s First Nations and Inuit Health Branch – Alberta Region (FNIHB-AB) became aware of the significant delays in 2007 on the heels of InterRAI becoming the provincial standard. The primary reason was that First Nations community health centres were not using the InterRAI system, while Alberta Health Services nurses were required to travel to First Nations communities, many of which are quite remote, to perform assessments. The co-ordination between the two health authorities to complete these appointments would take weeks, sometimes months, which meant there was a clear inequity in terms of access to health services.

Looking for ways to improve the system

“We knew there had to be some other option,” said Lorene Weigelt, senior officer with Health Canada. The obvious solution was to implement the InterRAI system and tools in the health centres on reserves so that community nurses could complete the assessments on site, share the results with the provincial facility, and reduce wait times overall.

Weigelt and FNIHB-AB have been awarded by the Information Technology Association of Canada (ITAC) and IT World Canada as a 2016 Ingenious winner. For its project efforts and achievements, Wegelt’s team win the award for the SME Public Sector category.

She emphasizes that the project was very much a group effort, with Alberta’s First Nation community taking a lead role in moving it forward. FNIHB-AB played the coordinating role and sought out communities that would be willing to participate in the pilot project, working closely with the Canadian Institute for Health Information (CIHI), the nurses in participating communities, and its partners to ensure the project had wide support. 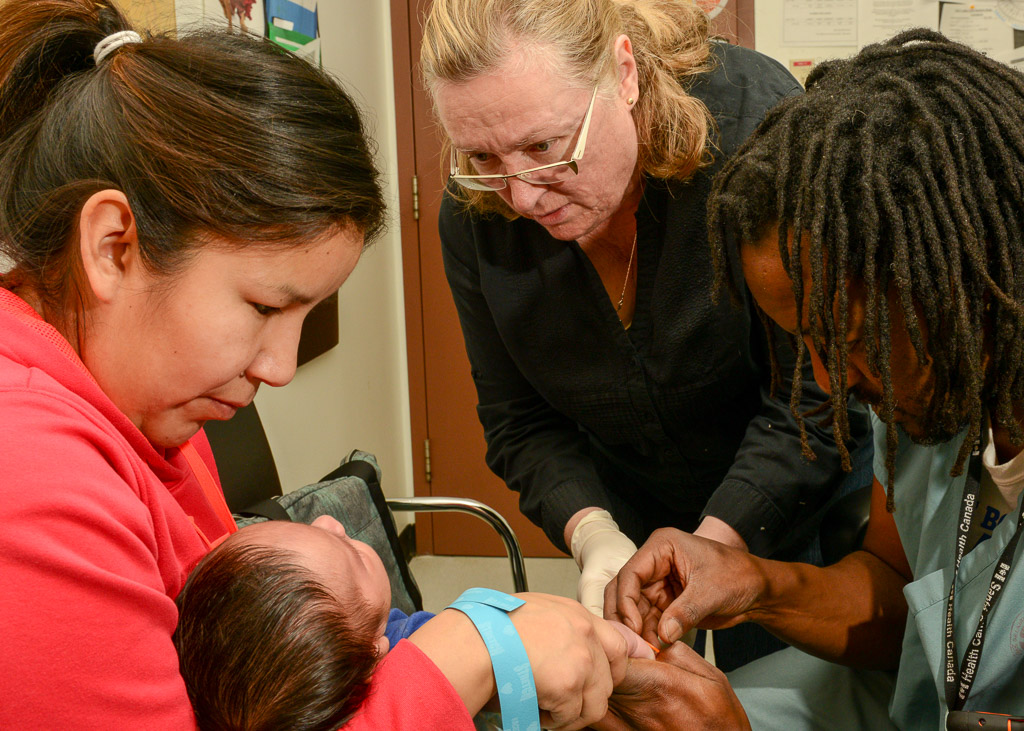 The first step was to assess the process needed to work with the provincial system, with the ultimate goal of achieving identical service delivery. whether on- or off-reserve. Weigelt said it was critical to understand from the First Nation communities how implementing a new way of doing things would change their day-to-day activities. “We had to have their engagement,” she said. “It needed to be community led.”

Beyond improving assessment access for First Nation community residents, Weigelt said there some other broader goals, including improved co-ordination of care and more consistent documentation, as well as compatibility with the overall health care system to allow for a seamless client transition between home and healthcare facility. “We wanted to mitigate gaps in communication and care planning,” she said. “I think we have achieved those so far.”

From an actual logistics and technological perspective, the biggest challenge was getting nurses working in real time in client homes in remote, isolated communities, said Weigelt. The answer was software that could support an asynchronous connection. Assessments are done by nurses on a laptop in the home and the information gathered can be synched at a later date at regional office and ultimately to central office in the province. “The asynchronous option worked for all communities,” she said, while at the same time it was important to address provincial privacy laws and security requirements. “Those pieces were very important to us.”

And because the solution eschews paper in favour of electronic input, client information is only entered once, thereby improving the overall data gathering and continuity of care. “Our data collection is improved significantly and communities are collecting data consistently.”

Weigelt said the goal was to get all of the pieces working so the communities could speak to each other and be compatible with the provincial health authority – a goal that has been achieved. The pilot stage, which has technically been passed, started with six communities and led to the development of a toolkit.

For the 24 of 46 communities that been completed, the solution has drastically reduced the time from assessment to care. “The vision is to have all of them using InterRAI.”

Weigelt said the success of the project speaks to the power of collaboration and partnership among provincial and federal groups and First Nation communities. The intent is to transfer ongoing management to a First Nation organization. “That has always been our goal.”

Gary Hilson
Gary Hilson is a Toronto-based freelance writer who has written thousands of words for print and pixel in publications across North America. His areas of interest and expertise include software, enterprise and networking technology, memory systems, green energy, sustainable transportation, and research and education. His articles have been published by EE Times, SolarEnergy.Net, Network Computing, InformationWeek, Computing Canada, Computer Dealer News, Toronto Business Times and the Ottawa Citizen, among others.
Previous articleAntoine Azar’s Thirdshelf unlocks the power of marketing automation for independent retailers with AI
Next articleImproving the Point of Sale experience for customers