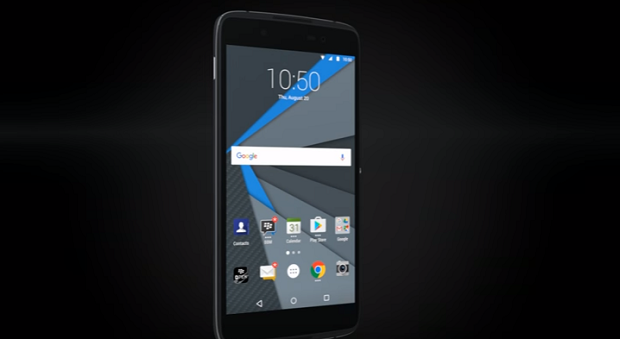 Touted as a secure Android mobile device, the midrange “all-touch” offering does away with a physical keyboard and represents the Waterloo-based vendor’s BlackBerry’s second smartphone powered by Android, following the PRIV.

The new device will come equipped with the Android Marshmallow 6.0 operating system; DTEK50 combines BlackBerry’s security and privacy features with “the full Android experience,” the company said, adding the product is suitable for enterprise fleet deployment.

Priced at $429.00, the device will be available in Canada via carriers including Rogers, Bell, Telus, Wind, Videotron and SaskTel.

IT World Canada Staff
Previous articleYahoo’s latest acquisition is all about digital content, according to analysts
Next articleBlackBerry doubles down on Android