TCL Communications announced today that the BlackBerry Key 2 LE is now available to Canadians through select retailers and carriers.

The dual-SIM 64GB model is purchasable immediately from Amazon, Wal-Mart, and Blue Shop for $599.99. Cellular carriers will offer the single-SIM 32GB model starting at $0 with select two-year plans beginning Oct. 5.

About the BlackBerry Key 2 LE 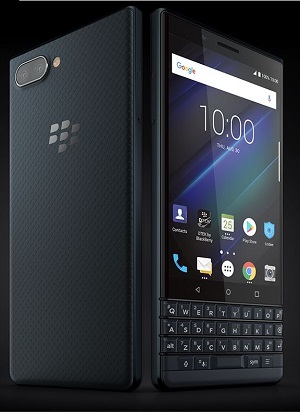 Like most BlackBerry phones, the BlackBerry Key 2 LE is aimed towards business users (and die-hard BlackBerry fans). As such, it’s outfitted with an array of security and privacy safeguards. Following the Android Enterprise Recommended program guideline, the BlackBerry Key 2 LE has robust support for secure upgrading and management. For additional privacy monitoring, the Key2 comes with DTEK alert system to ensure that apps do not improperly access private information.

At the heart of the Key 2 LE is a Qualcomm Snapdragon 636 SoC. It’s a far cry from the most powerful chip Qualcomm has to offer, but its lower power consumption allows for 22 hours of mixed use with a 3,000mAh battery. The SoC is complimented with 4GB of RAM and either 32GB or 64GB of storage.

The Key 2 LE features BlackBerry’s hallmark component: a physical QWERTY keyboard. The keyboard doubles as a touchpad with gesture controls. The individual keys can be programmed to launch applications when pressed in conjunction with the Speed Key.

Situated above the keyboard is a 4.5″ IPS display. Its shape and position is better suited for viewing document than YouTube videos. Installed in the rear is a dual-sensor 13MP camera.

Business doesn’t have to be monotonous. You can add a dash of personality to your phone by choosing between slate black, champagne gold, and atomic red color schemes.

Tom Li
Telecommunication and consumer hardware are Tom's main beats at IT World Canada. He loves to talk about Canada's network infrastructure, semiconductor products, and of course, anything hot and new in the consumer technology space. You'll also occasionally see his name appended to articles on cloud, security, and SaaS-related news. If you're ever up for a lengthy discussion about the nuances of each of the above sectors or have an upcoming product that people will love, feel free to drop him a line at tli@itwc.ca.
Previous articleSmartfrog turns old phones into home security cameras
Next articleSecTor 2018: How to help developers write secure code