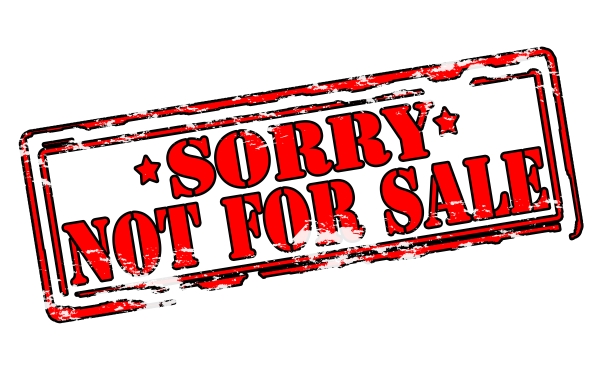 However, BlackBerry quickly squelched speculations that it has hung up the for sale sign.

Quoting an unidentified source, newswire agency Reuters yesterday reported that the South Korea conglomerate has proposed to purchase BlackBerry for an initial price range of $13.35 to $15.59 per share. That represents a premium of 38 to 60 per cent over the current trading price of BlackBerry shares. The report said executives from both companies have been working with advisers and have met last week to talk about the potential transaction.

Samsung followed with its own denial of the offer saying the report was “groundless.”

There have been numerous reports in the pass about companies offering to take over the struggling Canadian company, but BlackBerry has shunned purchase offers and instead chosen to stick with its recovery strategy.

“Our ‘for sale’ sign has been taken down and we are here to stay,” said BlackBerry CEO John Chen, in an open letter last month. “…We are going back to our heritage roots – delivering enterprise grade, end-to-end mobile solutions.”

Regarded as a turnaround expert, Chen worked to refocus BlackBerry on corporate and government customers. Among the most popular new smart phones released by BlackBerry recently is the Passport and BlackBerry classic which are equipped with traditional physical keyboards, which made the company’s handsets very popular to business users before the iPhone broke into the market.

Chen has managed to stabilize the company’s bottom line. BlackBerry now has $3.1 billion in cash and investments, however its revenues continue to decline. Chen said the company needs to sell as many as 10 million smart phones each year and double software revenues to $500 million starting March.

Earlier this month, BlackBerry also announced its Internet of Things strategy which centers on employing the company’s QNX embedded systems on devices and sensors for automotive, government and healthcare applications.

Nestor E. Arellano
Toronto-based journalist specializing in technology and business news. Blogs and tweets on the latest tech trends and gadgets.
Previous articleThe symbol Forrester uses to describe CIO-CMO relations in 2015 says it all
Next articleCODE2015 to boost open data’s profile in Canada