B2B at CES 2019: What to look for at the world’s biggest business event for consumer electronics

Once upon a time, CES was an acronym for Consumer Electronics Show, but don’t let the Consumer Technology Association catch you calling it that today. It’s just CES 2019, thank you very much.

It’s not clear exactly when the acronym became the official name, but it reflects the fact that the world’s largest consumer electronics tradeshow has reached into the B2B space as well. The show’s product categories now include enterprise solutions, high-tech retailing, IoT infrastructure, tourism, and vehicle technology just to name a few.

CES 2019 will be an event that everyone in the B2B industry is either traveling to Las Vegas to attend, or watching remotely. After all, who would want to miss historic moments like Bill Gates announcing his retirement (2008), or a failed demo that led to the most infamous Blue Screen of Death ever (2006)?

IT World Canada will be among the 6,500 media attendees looking to cover 4,500 companies exhibiting at CES 2019, with both myself and Computer Dealer News editor Alex Coop on the ground. Here’s a preview of what we’ll be covering there and other B2B highlights to look for at the show:

Last year, we covered Intel’s significant presence on the CES show floor and in giving an opening keynote. In a memorable moment during (now former) CEO Brian Krzanich’s keynote, Intel demonstrated its swarming Shooting Star drones for the first time as 50 tiny drones put on a light show in formation above attendees. The same drones were also seen on the Las Vegas strip, performing a light show above the Fountains of Bellagio. Since then, they’ve been a part of theatrics at the Olympics and Coachella.

The CPU vendor also showcased new immersive digital experiences it had created in collaboration with the Olympics and Ferrari Motor Sports. Fans of the Ferrari Challenge North America Series would be able to track their favourite drivers, thanks to drone-mounted cameras that would follow them around the track.

So for 2019, we’ll be on the lookout for Intel showcasing more big-name partnerships to burnish its brand as helping to facilitate immersive digital experiences. A new CPU announcement or two is always a likely probability as well. We expect Intel subsidiary Mobileye to be on hand, showcasing its latest research and progress in developing a fully autonomous vehicle.

Intel’s press conference will feature a “first look at Intel’s role in the next era of computing,” on Jan. 7.

On Friday, Dell announced its flagship laptop that it will be showcasing at CES 2019. The Latitude 7400 is the world’s smallest commercial 14-inch, 1080 p 2-in-1 laptop, it claims. It also recognizes the user with facial recognition and unlocks within one second. Read more in Alex Coop’s preview article.

Dell’s own news channel will webcast its launch event on Jan. 8, as well as live interviews with executives, partners, and influencers. We expect there will be more product announcements to Dell’s business product lines during the show, and of course, its Alienware gaming rigs will be on display as well.

CDN editor Alex Coop will be covering CES 2019 as a guest of Dell’s. 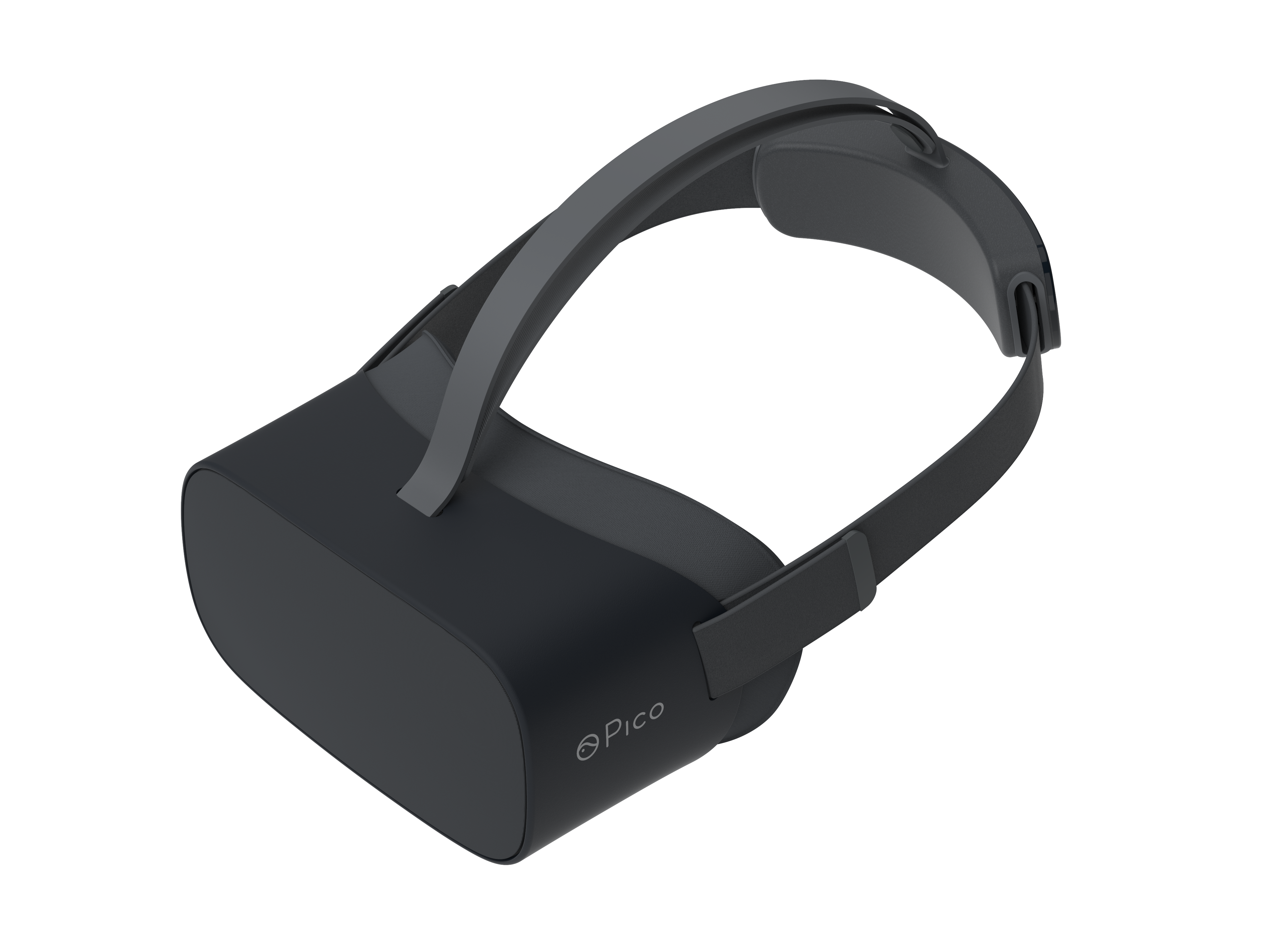 With several consumer products on the market including Oculus, HTC Vive, and Playstation VR, it’s fair to say that virtual reality (VR) is now mainstream. But the commercial success of VR may be underwhelming so far, with its buyers still mostly in the early adopter segment. As a result, some VR vendors are turning their attention to the B2B space as a potential way to grow the market.

Pico Interactive Inc. revealed its play on this angle on Friday. Its Pico G2 4K VR headset is an update to its existing headset, which it says is the best-selling standalone VR headset in China. One example of a use case is entertainment for long distance travel. Pico is working with In-Flight VR and FlixBus to provide passengers cooped up on a long ride with VR entertainment. Pico has even suggested that its VR solution could help passengers with a fear of flying soothe their nerves.

Last year LG unveiled some new concept CLOi service robots during its press conference and also had them displayed in their booth. But the execution in the demo was lacking as none of the robots functioned, so they basically served as models and left the workings to the imagination. 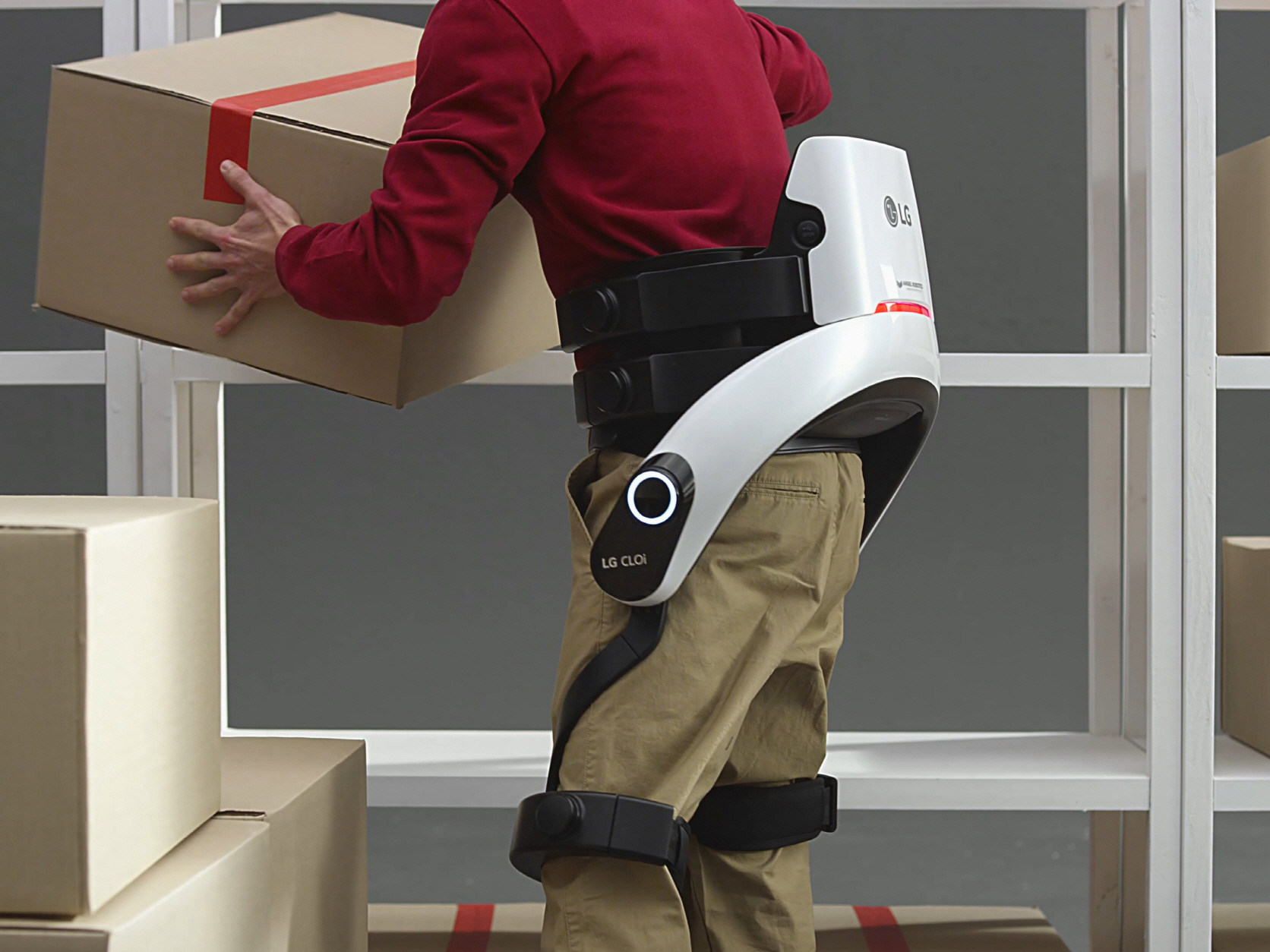 LG says it will be back with its CLOi PorterBot, ServeBot, and CartBot at CES 2019, so we’ll be looking for the robots to be a bit more active this time around. LG will also be showcasing its new CLOi SuitBot that was debuted last fall in Berlin. It supports the wearer from the waist, augmenting their own muscle power to reduce the risk of injury and fatigue when lifting heavy loads. It sounds like the sort of thing that might help workers of an Amazon fulfillment centre.

I’ll be visiting the LG booth on Jan. 9.

BlackBerry’s drive into the auto sector

BlackBerry CEO John Chen is back at CES 2019 and we expect to hear more about how the famed Canadian vendor is pivoting its business around software for the enterprise and the automotive vertical.

BlackBerry plans to showcase its software for connected and autonomous vehicles, including inside concept cars such as the 2018 Aston Martin DB11 and the 2017 Range Rover Supercharged. BlackBerry is expected to showcase some infotainment features around its QNX platform.

The BlackBerry IoT Platform will also be on display with a demo involving a custom smartphone app that allows drivers to control certain aspects of their driving experience, such as in-cabin temperature and music volume.

Chen will literally be chewing the fat with media invited to a breakfast (we assume bacon will be served) on the morning of Jan. 9. He’ll be sharing news, and cover topics including autonomous vehicles, IoT device security, data privacy, AI and more.

Alex Coop will be covering BlackBerry during CES.

Taking up the role that Bill Gates once played for several years in opening up CES with a morning keynote, IBM CEO Ginni Rometty will be on stage the morning of Jan. 8.

Big Blue plans to showcase its advancements in quantum computing, AI, and blockchain technology. IBM says it will be showing how its working on moving quantum computing from theory to reality, and showcasing blockchain applications for the food supply chain and empowering new standards for trust and transparency.

Lots more to look forward to

Many more tech announcements and demos of interest to the B2B world will be on display at CES 2019. As any journalist attending the show will be able to judge by the state of their email inbox, there’s more than any one publication can cover.

To mention a couple more developments I’ll be covering, Jabra will show off new Bluetooth headsets in its Elite franchise that will offer hands-free access to intelligent assistants.

Also, while Samsung has made no mention of Bixby, I’ll be curious to see if its smart speaker is on display. The device was revealed at its Unpacked event last summer, but whisked away as journalists were taking photo and video of the hardware. Samsung hasn’t mentioned it since.

Google Pixel Slate Review: one step forward, one step back
About Brian Jackson