Autonomous vehicles: Will the cars of the future hit the streets in our lifetime? 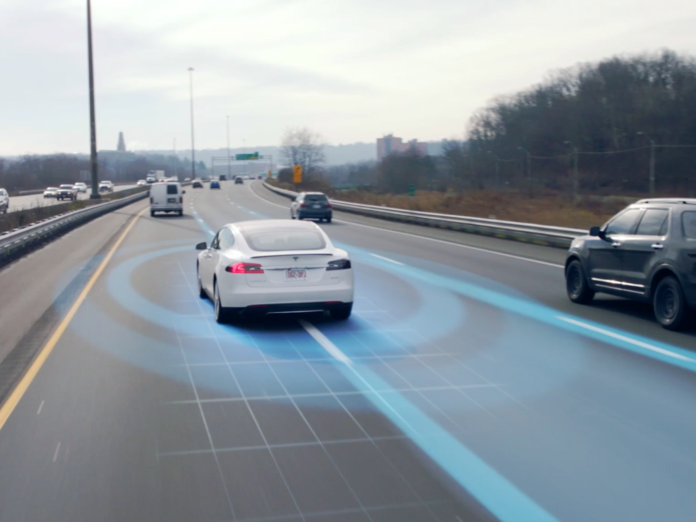 While driverless vehicles were once a sci-fi vision of the future, you’ve likely heard plenty of buzz about this high-tech concept hitting the streets via the Google car and Tesla’s autopilot.

However, experts in Toronto aren’t so sure that we’ll be seeing any driverless cars hitting city streets any time soon.

Ryan Lanyon, manager of street furniture management and chair of autonomous vehicle working group at the City of Toronto, says they’re asking plenty of questions about the impact of the technology.

“Officially, the City does not have a policy or position on vehicle automation,” Lanyon says. “As staff, we’re in the position of trying to navigate a lot of uncertainty in how automation will impact our services and what demands it will create on the transportation system. Our role right now is to ask better questions.”

The City will be doing thorough research between 2017 and 2019 via their working group, which will partner with universities and industry to examine the potential effects of driverless cars and report their findings back to city council.

He did confirm that the City of Toronto is the first municipality in North America to hire a full-time staff member dedicated to automation preparedness.

Alex Miller, president of Esri Canada, a geographic information system (GIS) firm that uses visual data mapping to facilitate decisions for cities and provinces across Canada, doesn’t believe we’ll be riding to work into downtown Toronto via a driverless car in the next few years.

Instead, like many other modern-day safety features in our vehicles, he says driverless cars will evolve over time as cities change and evolve.

Like the anti-lock braking system, which was first introduced around 40 years ago, Miller says additional high-tech features will roll out over time that will eventually put the responsibility for most of the driving on the vehicle itself rather than the human “driver.” He foresees the industry rolling out accident avoidance features, such as automatically maintaining a safe distance from the car in front of you.

But before autonomous cars make drivers obsolete, Miller believes cities have plenty of work ahead of them when it comes to infrastructure.

“One of the biggest challenges facing our world is that it’s all siloed,” he said. “The only thing that links us all together is geography.”

He used the analogy of a human touching a hot surface. The brain immediately responds and signals that you should remove your hand from the hot surface. But cities, he says, are more like reptiles. They’re a collection of neurons and systems that don’t necessarily communicate with one another (the water department may not communicate with the electric company, for example). Therefore, reactions to major happenings like road construction, downed power lines, or other such daily issues are slow and cumbersome.

“The first thing a smart city needs is an inventory of everything they have,” Miller says. “And then it needs to go to school to get knowledge and learn to be insightful about itself.”

He said this kind of knowledge a place like Toronto needs to support autonomous vehicles is a combination of precision mapping and plenty of sensors to transmit live information. Only then will smart cities have the infrastructure necessary to support driverless cars.

Autonomous cars is one of the topics to be discussed at the upcoming Technicity 2016 event. Miller and Lanyon, along with Jackman Reinvents’ vice president of digital experience Zahra Rajani, will lead a panel session titled “Drones, Driverless Cars and IoT” during the event on Dec. 7.

Technicity is a one-day conference produced by IT World Canada that explores how the City of Toronto, local businesses and the IT industry are rethinking service delivery, operations and citizen engagement around the priority areas of transit, housing, anti-poverty and youth.

Lindsey Peacockhttp://lindseypeacock.com
Lindsey Peacock is a freelance writer, editor and American expat based in Toronto. This proud Atlanta native has written for a variety of news and business publications across North America, including Business in Vancouver, BCBusiness magazine, Fort McMurray Today and The Atlanta Journal-Constitution. Blogging, sweet tea and black-and-white movies are a few of her favourite things.
Previous articleNova Scotia privacy breach shows why faxing personal information must end
Next articleCSO role was “fake PR” for Toronto startup, McAfee says