Buyers of Apple’s new MacBook Pro will be able to say “Hey Siri” to their laptop for the first time, as Apple is updating its famous laptop line with its Apple T2 chips and other incremental performance boosters.

New updates to the 13-inch and 15-inch MacBook Pros include the T2 chip that Apple developed and first debuted on the iMac Pro in January. Not only does it include Siri, it improves system security with support for secure boot and on-the-fly encrypted storage. The T2 chip is a unique approach to locking down sensitive functions on a computer, such as controlling the internal microphones, speakers, cooling fans, and disc drives. It also validates the boot process when the computer is powered up. 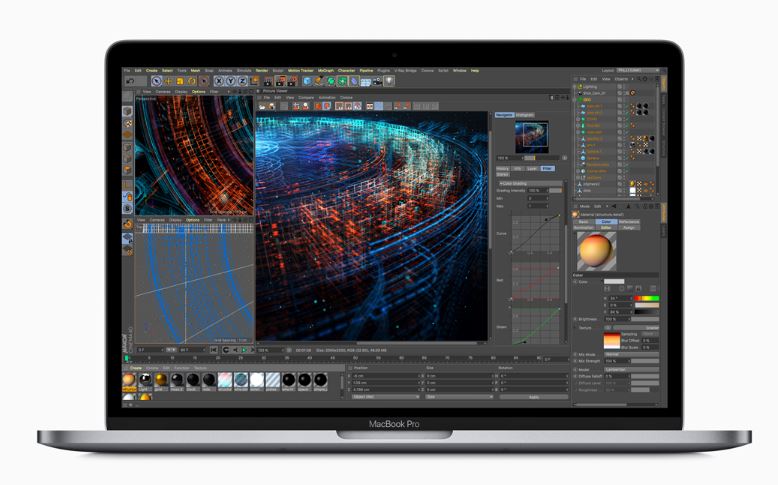 Other marquee upgrades include the new Intel 8th-generation CPUs, support for up to 32 GB of memory, and a TrueTone display. There’s also a new keyboard that offers quieter typing.

Here are some highlights of the new MacBooks from Apple:

15-Inch MacBook Pro Highlights:
– 6-core Intel Core i7 and Core i9 processors up to 2.9 GHz with Turbo Boost up to 4.8 GHz
– Up to 32GB of DDR4 memory
– Powerful Radeon Pro discrete graphics with 4GB of video memory in every configuration
– Up to 4TB of SSD storage2
– True Tone display technology
– Apple T2 chip
– Touch Bar and Touch ID

13-Inch MacBook Pro Highlights:
– Quad-core Intel Core i5 and i7 processors up to 2.7 GHz with Turbo Boost up to 4.5 GHz and double the eDRAM
– Intel Iris Plus integrated graphics 655 with 128MB of eDRAM
– Up to 2TB of SSD storage2
– True Tone display technology
– Apple T2 chip
– Touch Bar and Touch ID

The new MacBook Pro also has some improvements earmarked for developers. Apple says developers will be able to compile code faster and run multiple virtual machines and test environments “easier than before” in a press release.

The new MacBooks don’t ship with MacOS Mojave, showcased at the recent Apple Worldwide Developer’s Conference. But they can be upgraded to the new OS this fall.