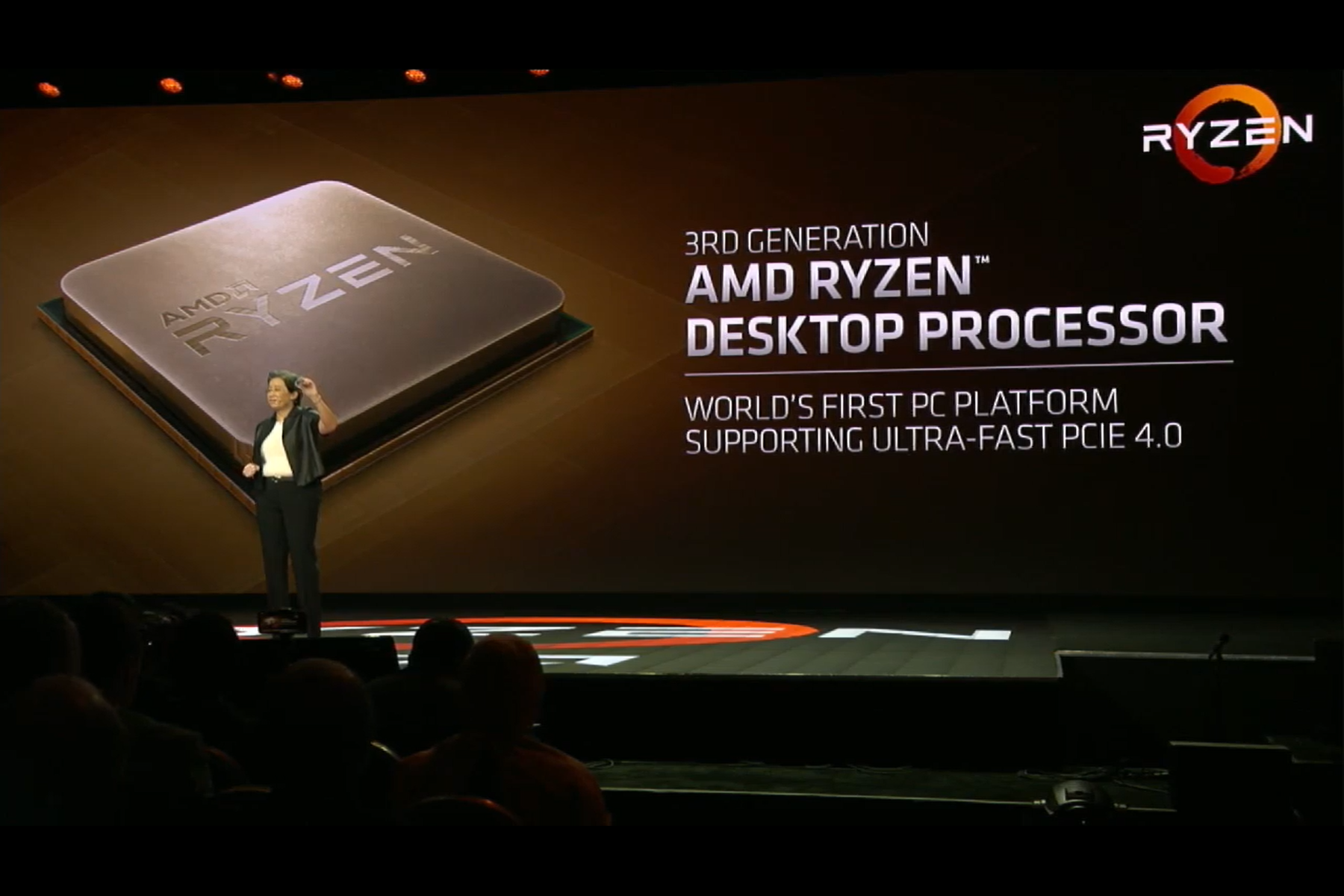 Besides cementing the manufacturing process, core count, and the architecture, Dr. Su kept most other specifications under wraps, stressing that the demos are running on early chip samples. While most of its details remain nebulous, we do know that the 3rd-gen HEDT Ryzen uses a two-die chiplet design, with one die dedicated to input-output and the other to compute. 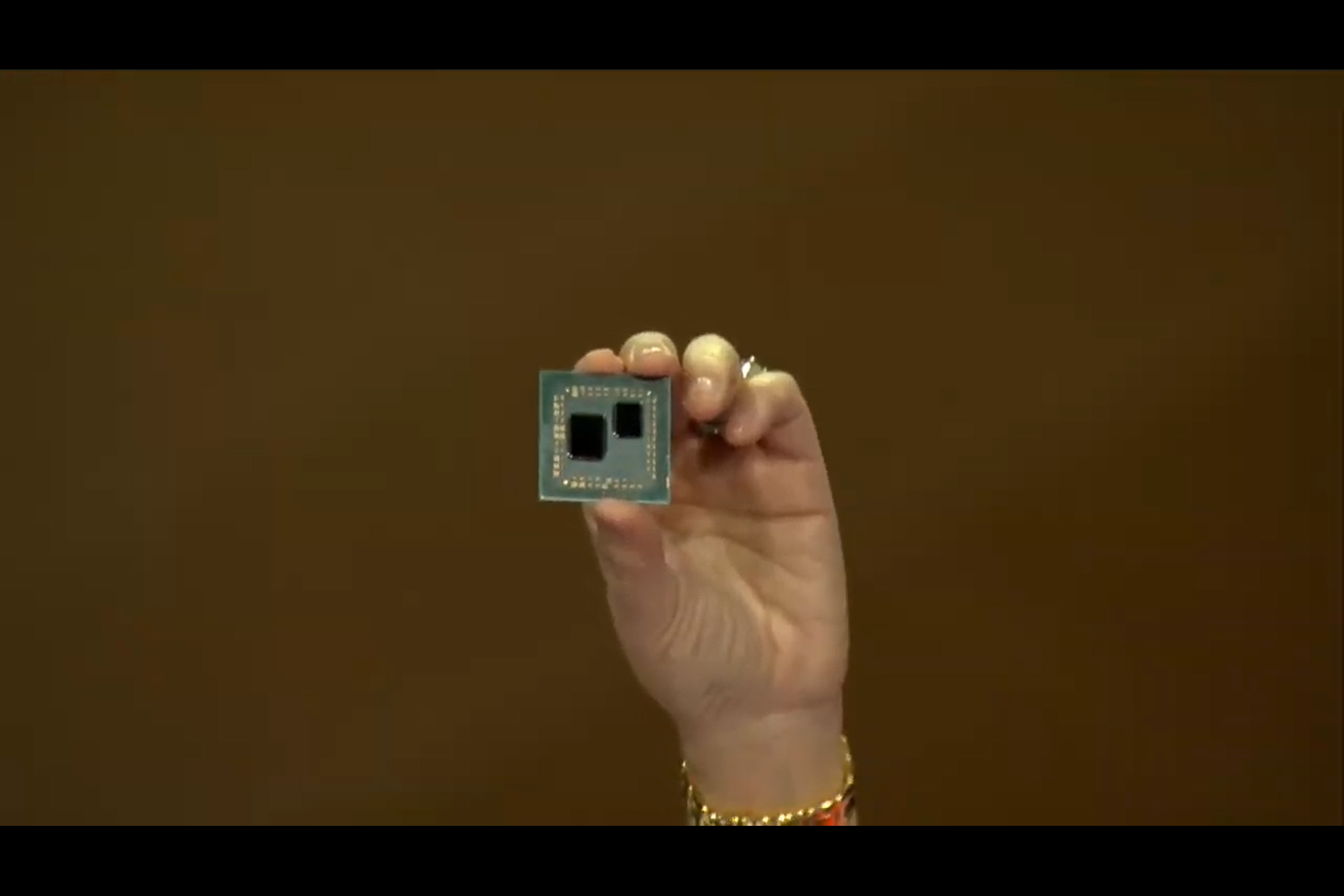 On stage, the 3rd-gen Ryzen chip edged out a stock 8-core, 16-thread Intel Core i9-9900K with a scored 2,157 versus the Intel’s 2,040. In addition, it drew 46W less power – an expected result considering that the Ryzen uses the newer 7nm transistor process. 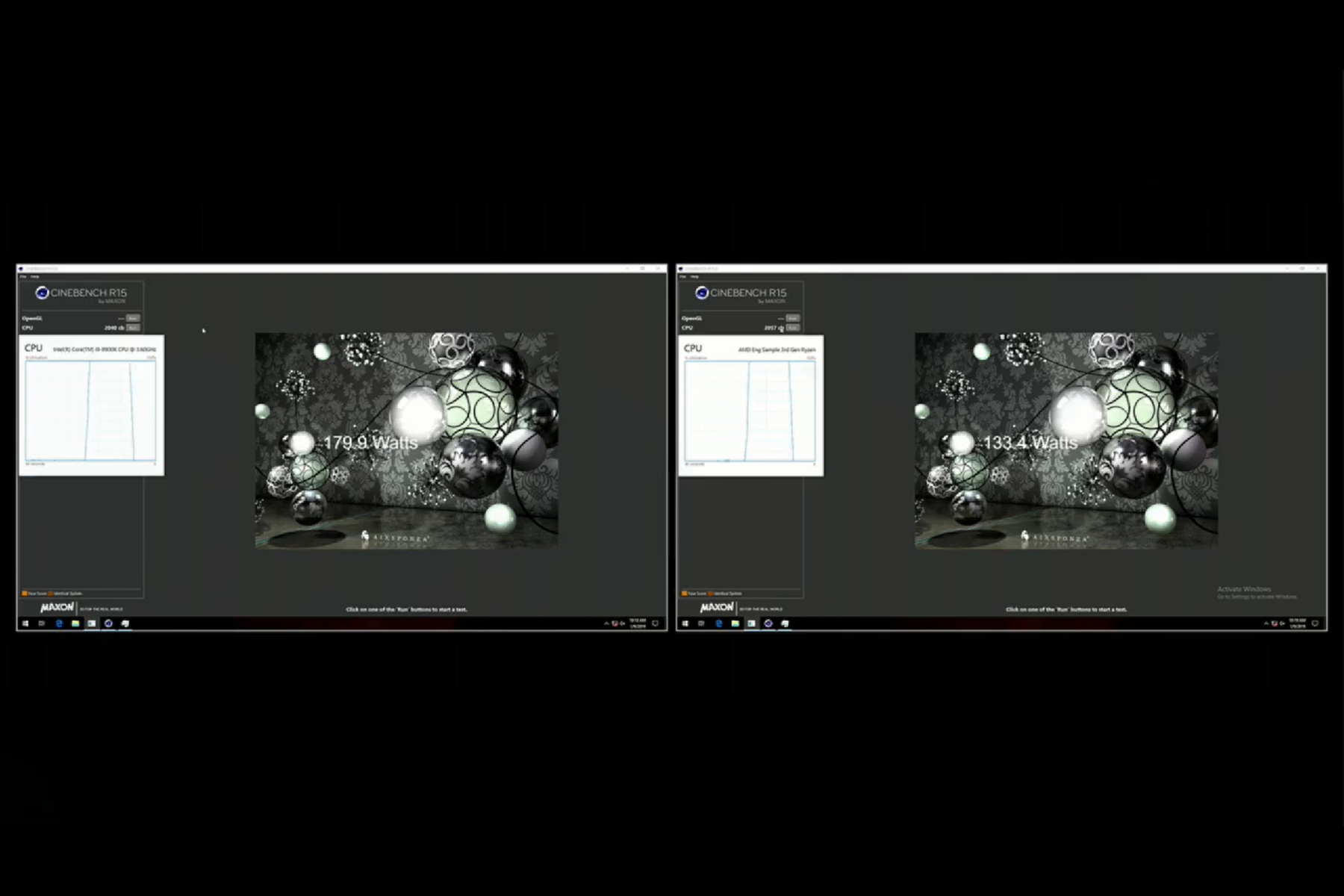 Dr. Su also mentioned that the 3rd-gen Ryzens will feature native support for PCIe 4.0 which features twice the bandwidth of PCIe 3.0.

The new processors will use the existing AM4 socket and will be backward-compatible with current-gen AMD motherboard chipsets.

Alongside the 3rd-gen Ryzen processors, the 2nd gen Epyc server processors. The 64-core, 128-thread flagship chip is also based on the Zen 2 architecture. AMD pitted the chip against two Intel Xeon Platinum 8180 in a HDL protein folding simulation and showed that its single chip was 15 per cent faster. 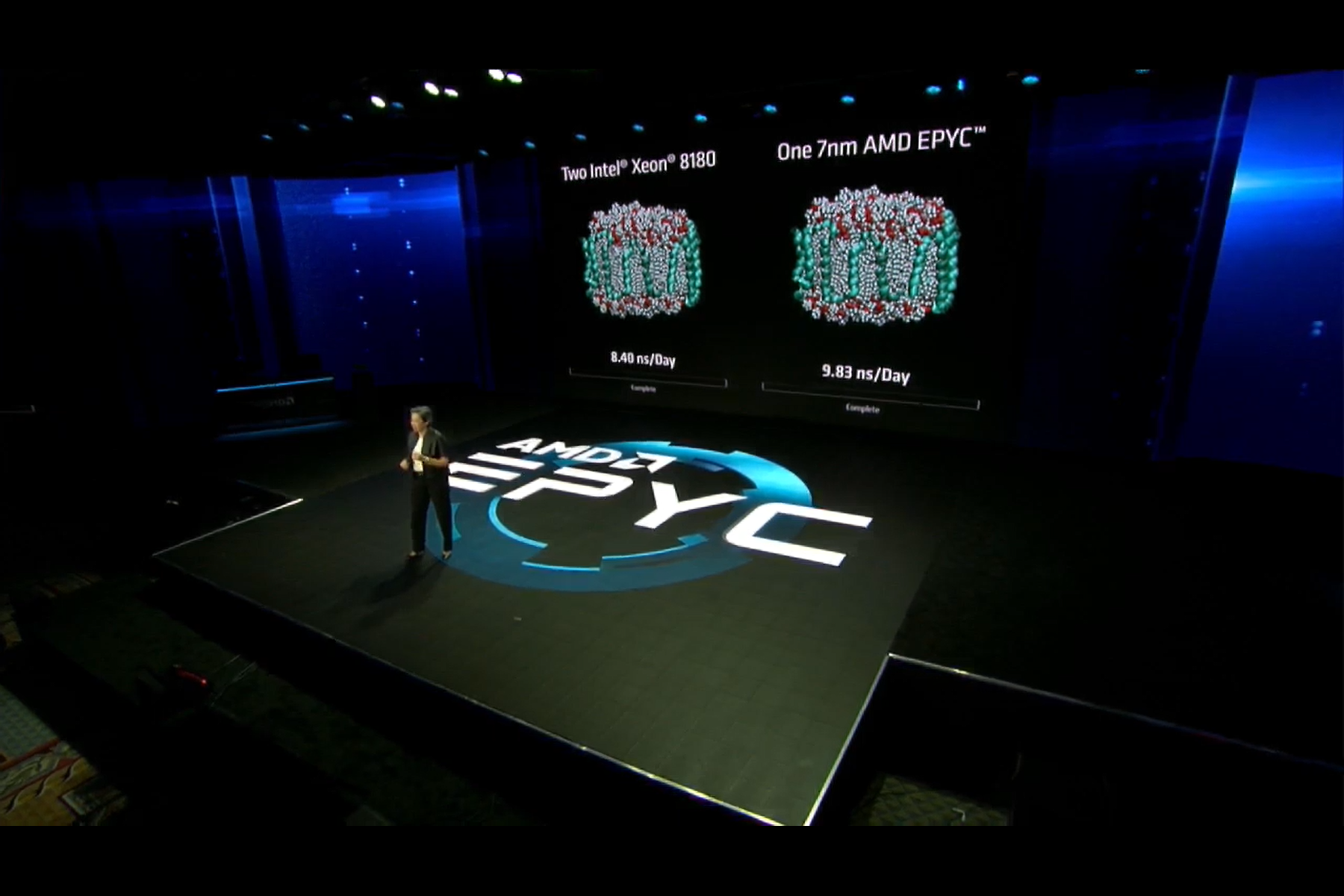 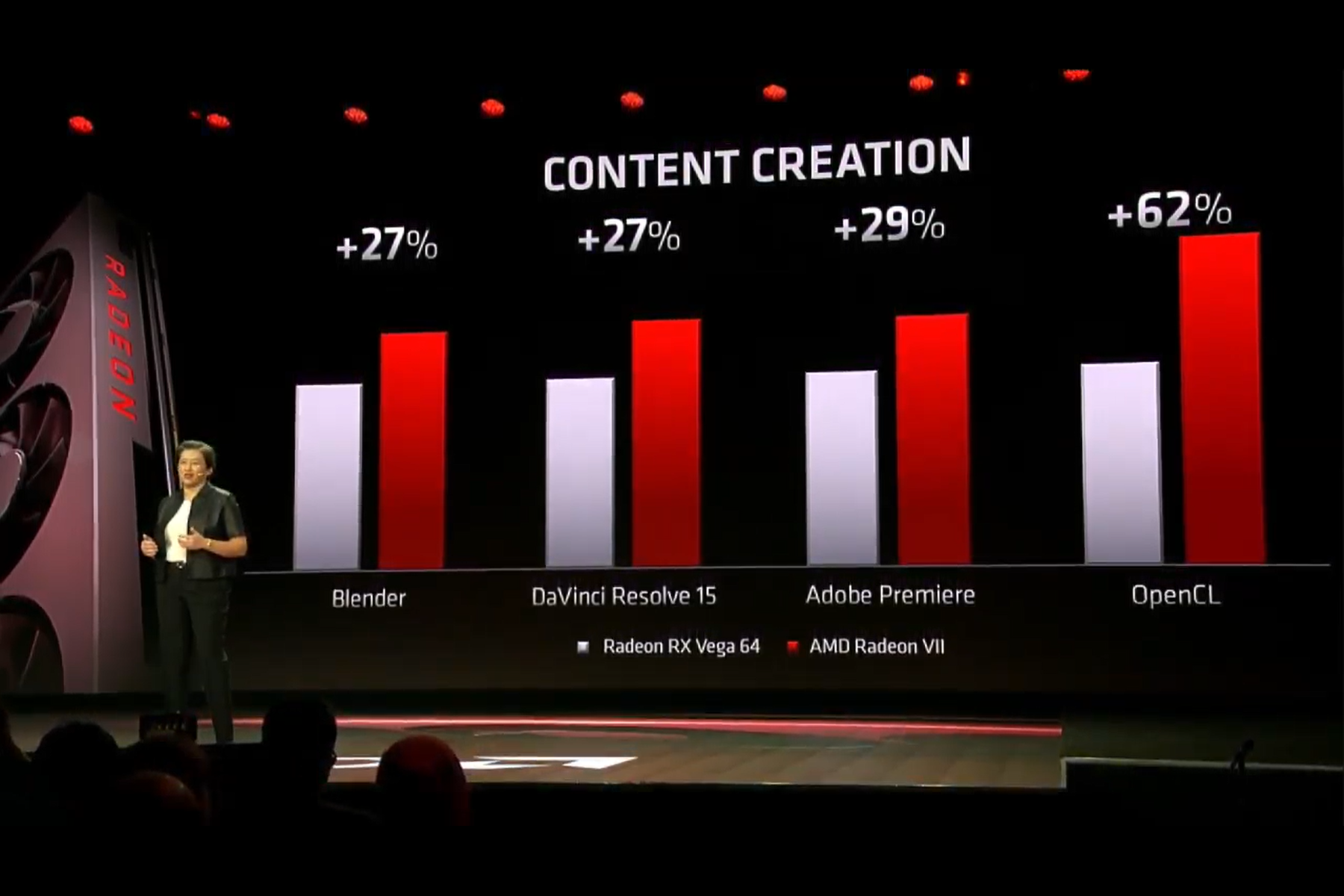 All the technical jargons translate to about 29 per cent performance increase in all workloads over first-generation Vega and similar performance to the Nvidia RTX 2080. 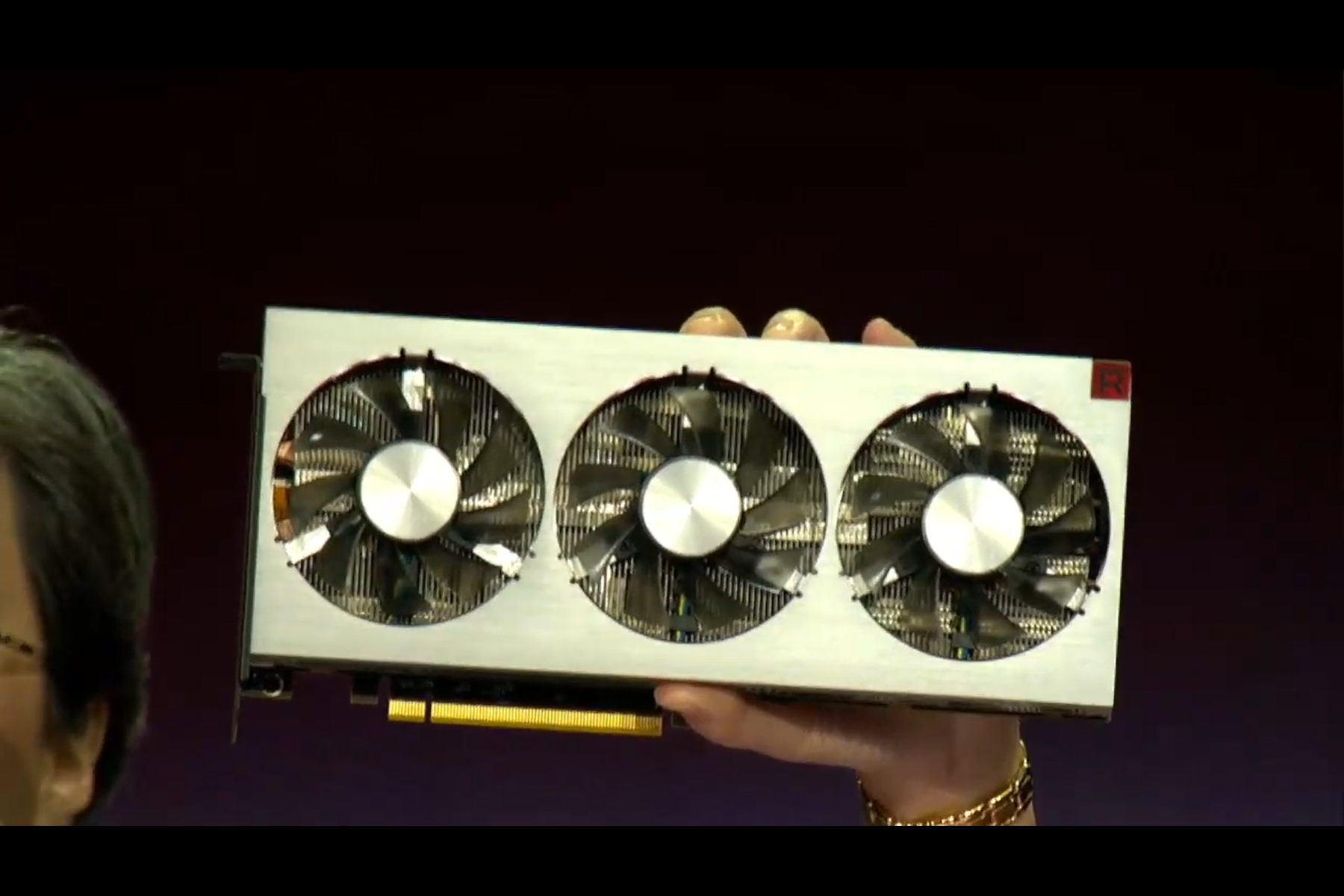 The AMD Radeon VII graphics card will go on sale on Feb. 7 for $699, undercutting the Nvidia RTX 2080’s launch price by $100 but overshoots the AMD Vega 64’s launch price by $200. The cost increase could be partially explained by the newer manufacturing process and the increased HBM buffer size.

Tom Li
Telecommunication and consumer hardware are Tom's main beats at IT World Canada. He loves to talk about Canada's network infrastructure, semiconductor products, and of course, anything hot and new in the consumer technology space. You'll also occasionally see his name appended to articles on cloud, security, and SaaS-related news. If you're ever up for a lengthy discussion about the nuances of each of the above sectors or have an upcoming product that people will love, feel free to drop him a line at tli@itwc.ca.
Previous articleLet Toronto Public Library hold smart city data, says Board of Trade
Next articleProject Athena is Intel’s sequel to Ultrabooks