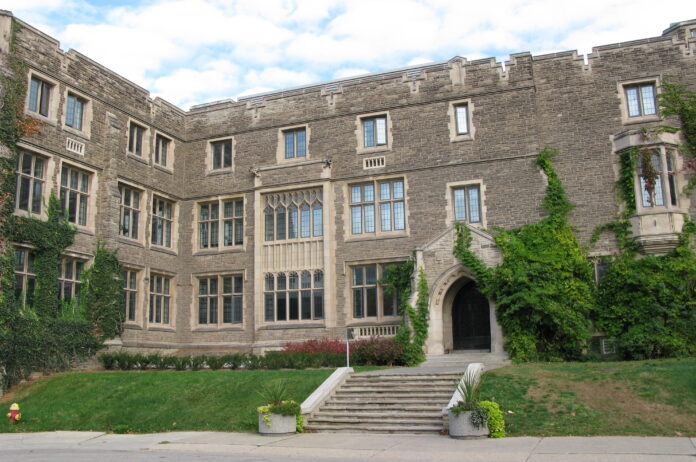 McMaster University was looking to modernize its communications and increase collaboration among staff, faculty and students across four regional campuses — particularly in its new off-campus, downtown locations.

The idea was to provide its 10,000 users with state-of-the-art communications, allowing them to seamlessly communicate via a variety of devices, from smartphones and tablets to PCs, Macs and videoconferencing systems in boardrooms.

But the leading research university in Hamilton, Ontario, Canada — considered one of the world’s top 100 post-secondary educational institutions — had an aging infrastructure across more than 50 buildings on its main campus and off-campus locations. This aging infrastructure couldn’t support a modern unified communications platform, yet McMaster couldn’t afford the cost and disruption of a complete rip-and-replace.

After all, migrating to a brand-new, modern UC platform can be costly. McMaster, like most post-secondary institutions, had budgetary constraints, but also wanted to avoid disruption to faculty, staff and students during the school term. Whichever platform it chose would have to work seamlessly with its on- and off-campus buildings, all of which were running various end-of-life Nortel platforms, until users at each site could be successfully migrated.

McMaster — a longtime Avaya customer — chose to modernize by green-lighting a multi-phase migration of 10,000 licensed users from old CS1000 platforms to one unified Avaya Aura platform. The university is now well on its way to providing more modern mobile communications and collaboration to staff, faculty and students.

Avaya Aura has already been installed in its two newest buildings, while the remaining facilities will be migrated in a multi-phase approach over the next couple of years.

But it’s not just about money. Ultimately, a UC solution is about improving communications, productivity and user satisfaction. While it’s still in the early phases of rollout, a number of users are already using the new platform, with a softphone loaded on their desktop and laptop. This frees them from their office desk, allowing them to work from anywhere and be easily accessible to colleagues and students.

Since it’s an open, standards-based platform, it works seamlessly with existing campus applications. And, all five-digit extension numbers have remained the same, which was vital to McMaster, since it operates on a coordinated dialing plan that it shares with hospitals in the area.

“We’re really excited, not only because of the new features we’ve been able to take advantage of immediately, such as mobility, but also because Aura lays the foundation for us to explore new ways to collaborate and provide more quality experiences for both students and staff,” said John P. Kearney, Chief Information Officer of McMaster University.

McMaster is one of many universities turning to a modern UC platform to improve collaboration among staff, faculty and students, and among multi-institutional teams. Nowadays, it’s more important than ever for universities to keep up with the times and support multiple communication channels. It’s not just good business; it’s an expectation for leading-edge higher learning and research institutions.