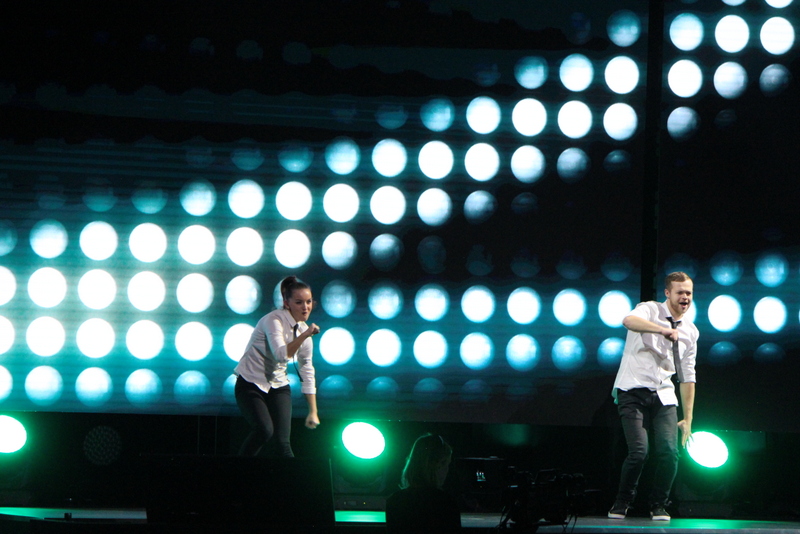 More than a year after its birth as a separate entity from HP Inc., Hewlett Packard Enterprise (HPE) is back in London for its second annual HPE Discover event. Tuesday’s general session featured CEO Meg Whitman and contained updates on The Machine, composable architecture, and some of HPE’s partnerships. Take a look at our photo highlights. 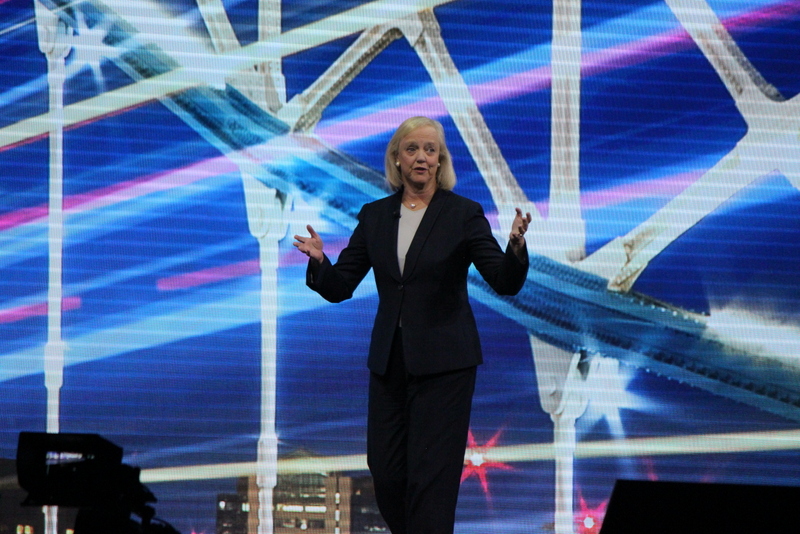 HPE CEO Meg Whitman opened the general session by framing HPE as an ally that could help enterprise IT build its hybrid IT architecture. “We’ll help you move to consumption-based pricing models that increase the amount you can invest in transformation,” she said. “Hybrid IT for us is about finding the right mix for your enterprise and your enterprise to adapt that mix as things change.” 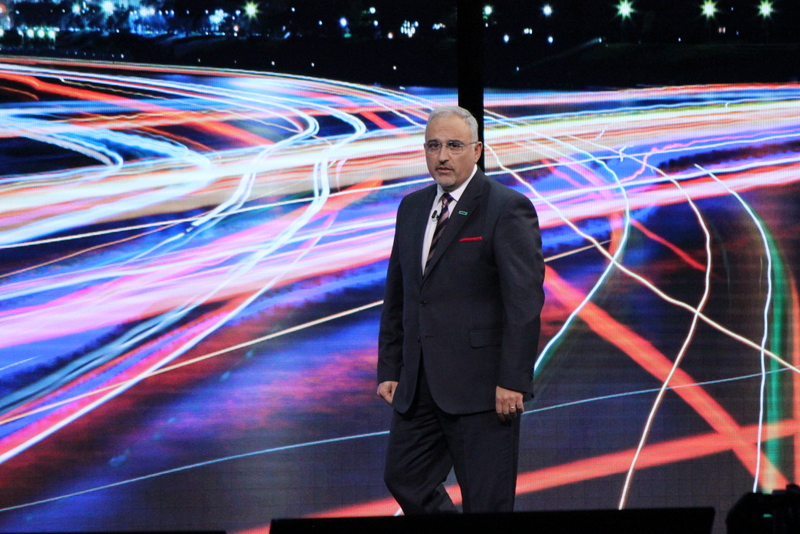 Anotonio Neri, executive vice-president and general manager of enterprise group at HPE, said the vendor wants to make adopting a hybrid cloud model easier for IT. As an example, he pointed to the new 3PAR SoreServe Flash Now initiative released on Monday. “Now you can acquire the leading all-Flash technologies to sit on-premises for as three pennies per gigabyte per month,” he said. 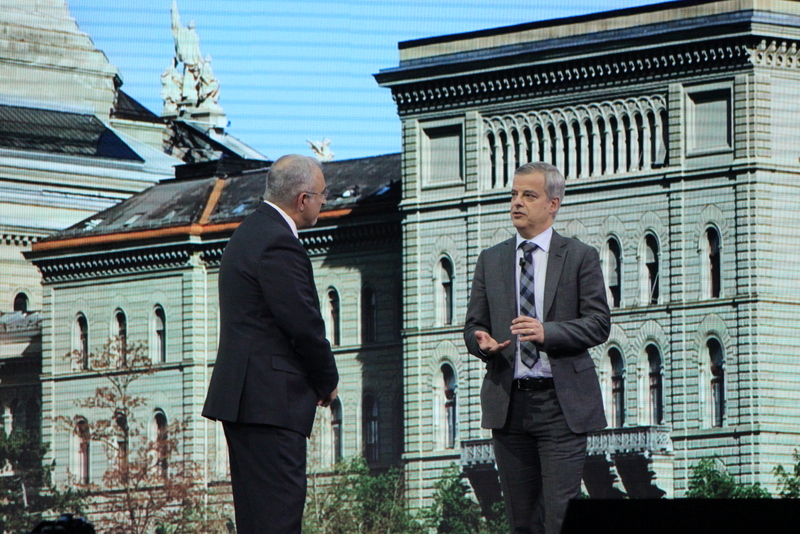 Giovanni Conti, the director of Bund FOITT, the organization that caters to the Swiss federal government’s IT needs in the civil service area, was brought on stage as an HPE customer. “We’re industrializing our services,” he says. “The next step is to have all my engineers leaving what they were doing and going into this new world.” Having HPE provide a private cloud architecture as a manged service means a cultural shift in thinking for Conti’s employees. 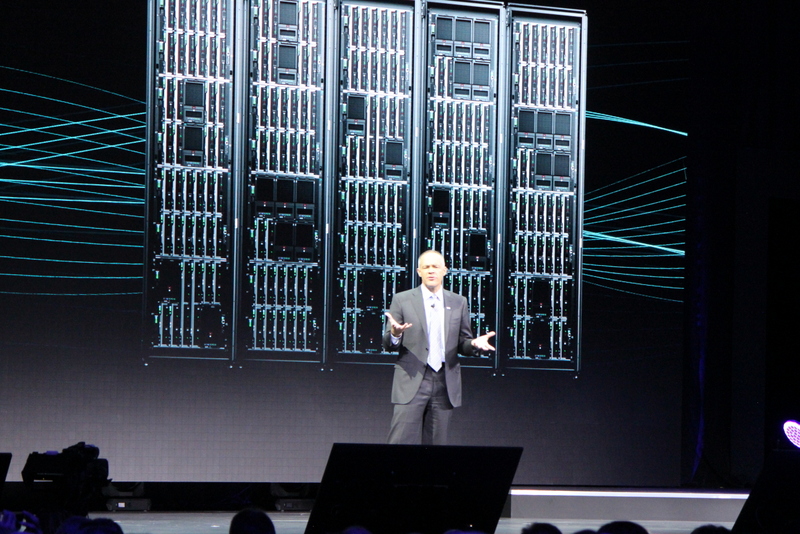 Ric Lewis, the senior vice-president and general manager of software-defined and cloud group at HPE introduced an update for HPE Synergy. The first composable architecture product from the vendor – which also invented the term – combines CPU, storage, and networking in one unit and allows developers to provision it using code. When the workload is finished, resources are returned to a pool to be reassigned. 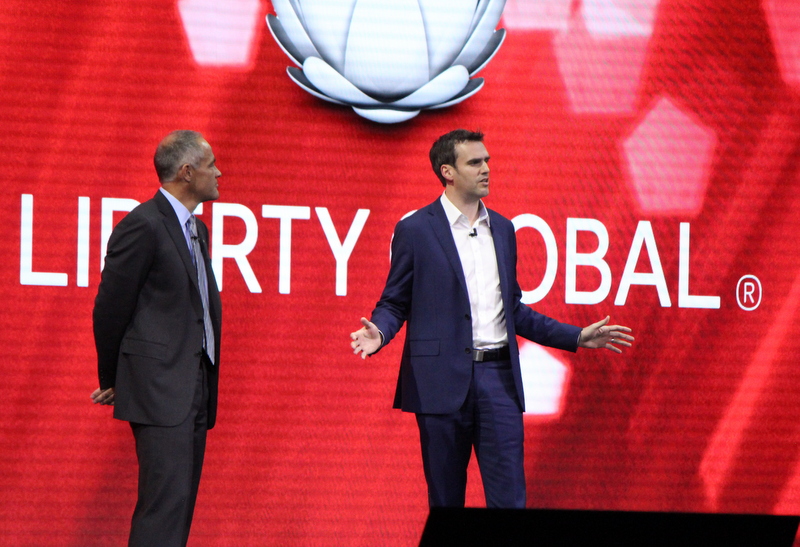 Colin Mile, the vice-president of EMEA data centre technology for Liberty Global, a telecommunications firm, appeared on stage as an early customer of Synergy. For Liberty, it was a step up from a Blade architecture approach. “Before we had independent architectures designed for each workload,” he says. “Synergy gives us a single platform to address all those work loads.” 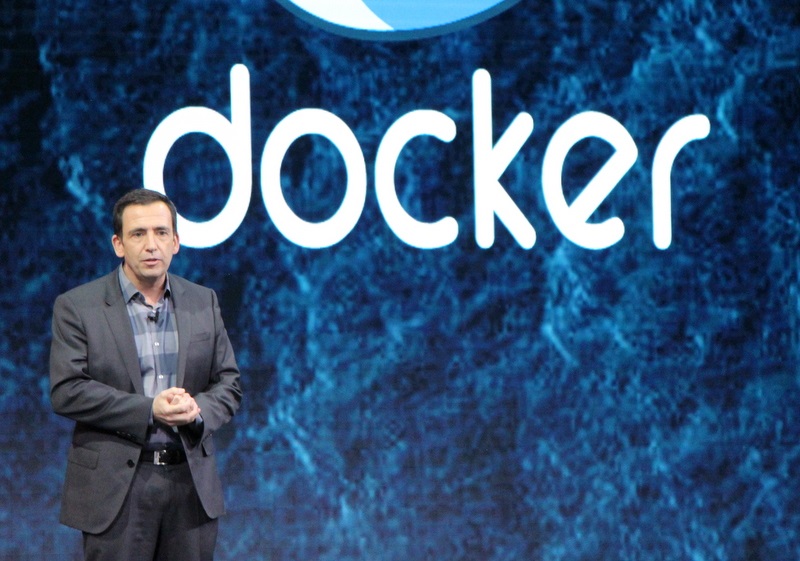 Roger Egan, SVP sales and channels, Docker came on stage to talk about how the container company is working with HPE. “Thank you for designing your logo to look like a container,” he quipped. Docker is available across all HPE platforms, including Synergy, he says. Many customers are using it to address security concerns. 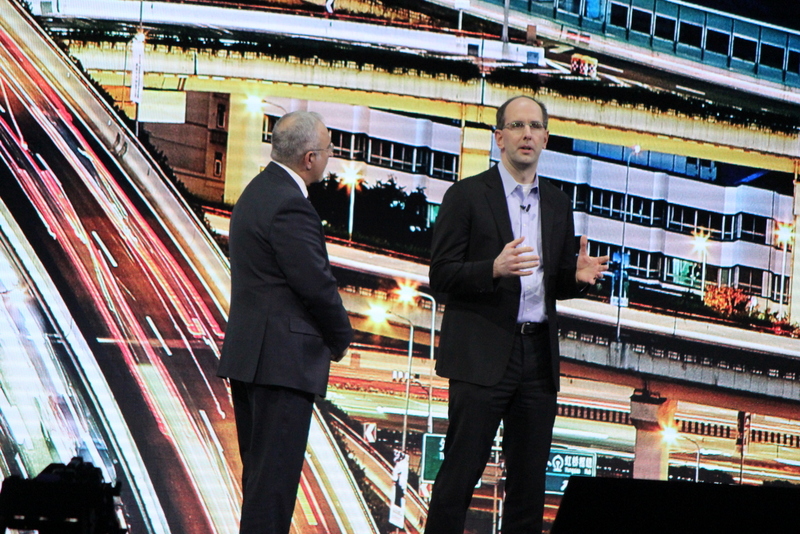 Scott Guthrie, executive vice-president of cloud and enterprise at Microsoft Corp. also came on stage to discuss new ways HPE and the software giant will be working together. Microsoft Operations Mangement Suite can be used to manage HP infrastructure as well as any public cloud implementations, he said. Also HPE customers can deploy an on-premises Microsoft Azure Stack through HPE now. 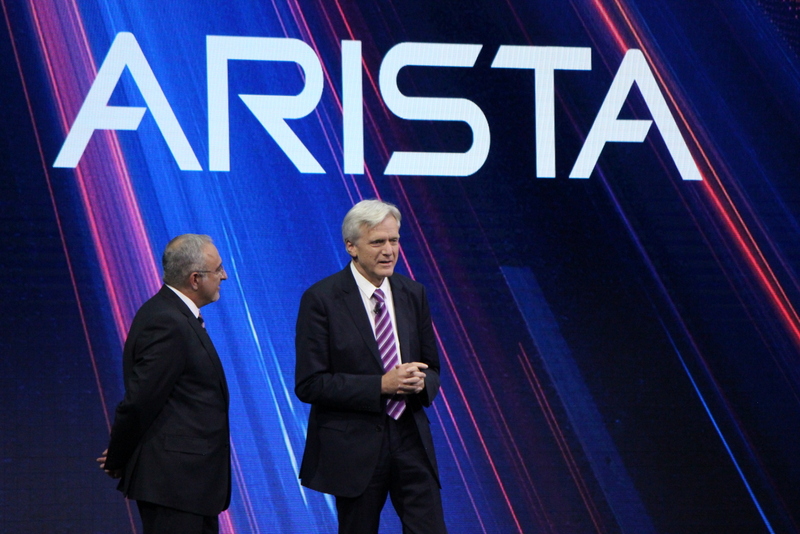 Longtime serial entrepreneur and founder and chairman of Arista, Andy Bechtolsheim spoke about how Arista’s cloud networking capabilities and HPE’s infrastructure complemented each other. Through an extension, Arista can be used with the OneView dashboard and enable container or virtual machine creation. 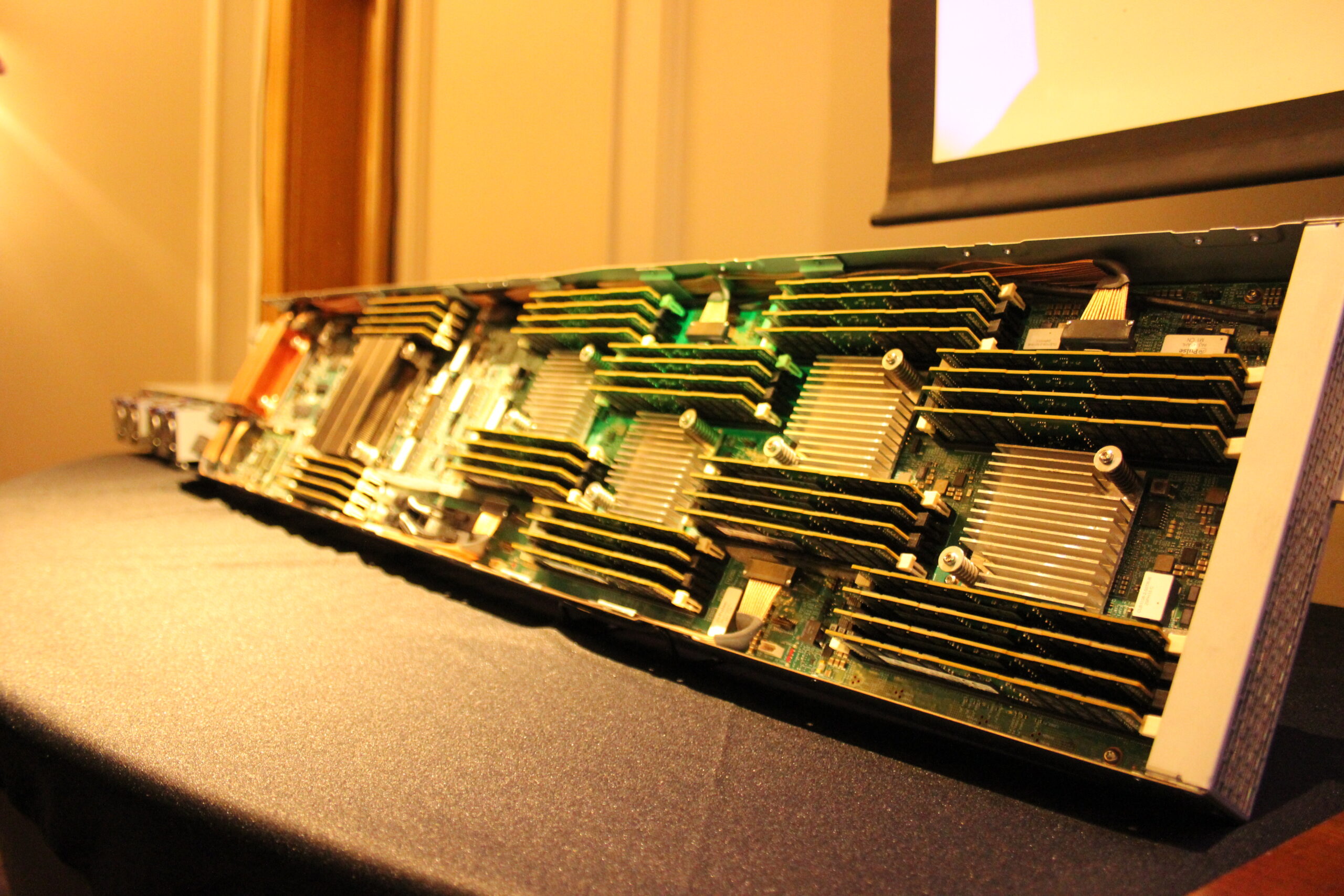 To cap things off, HPE revealed its early protoype of The Machine, a new computing architecture it’s developing that is memory centric instead of CPU centric. Since memory is the main bottleneck of computing today, having access to massive amounts of memory could see certain process rearchitected to be completed much faster.