Tired of your applications breaking? Frustrated by the inability of consulting firms you hired to get applications to work together? Angry that despite vendor promises the last software upgrade isn’t giving measurable performance gains?

Lora Cecere, founder of Supply Chain Insights, a Philadelphia industry advisory firm, has some caustic words to say about software and IT consulting companies who over-promise and under-deliver. 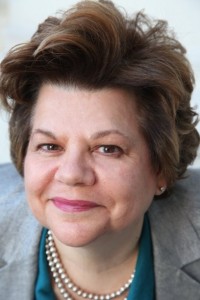 She also says CIO spending shouldn’t be completely tied to return on investment.

You can find some of her conclusions in a column for Forbes.com, where she outlines some of her research that finds only tenuous links between IT spending, best practices and corporate revenue in a number of industries. All showed increases in employee efficiency, yes; but there was uneven improvement in corporate performance.

“The technology evolution in enterprise software has been hamstrung by the maintenance cycle of small, incremental improvements on existing code,” she writes.

“As a result, the adoption of new technologies by software leaders is slow. It is too slow for the rate of change that is needed by business leaders to solve their problems.”

“I think that we need to give all of the IT vendors, with the beautiful ads in airports, a swift kick in the pants and send them back to their development labs to get on with building software at the rate of change that businesses need.”

Tough words. On Wednesday I spoke to Cecere – a former Gartner analyst who has worked for supply chain software companies and in the private sector – to learn more about her conclusions on information technology.

IT “either does wonderful things or horrible things,” she said. For example, “Kellogg’s had three implementations of ERP; they’ve all gone badly; General Mills did it once (with SAP), did it well, stabilized it, created clearly best in class capabilities. They’re outperforming Kellogg’s … Kellogg’s mis-implentations is causing their results to be at the bottom of the heap for food and beverage.”

Not that she’s a big fan of SAP. Cecere complains that its ERP software, along with that of Oracle Corp., is hard to use and configure. “SAP takes three times longer (to implement) than the best of breed providers, and is twice as expensive. It shouldn’t be.”

She praises SaaS supply chain provider Kinaxis Inc. of Ottawa, which she said is a third of the cost of SAP and has some unique capabilities.

The problem with a lot of enterprise software providers, she said, is they spend the considerable money they get from licence fees on things other than improving their products so customers can make truly transformational change in the organization — which is why she says vendors need a kick in the pants.

Meanwhile, Cecere says, CIOs are largely occupied with trying to keep legacy systems together and meeting executive demands to prove ROI on IT spending– another bête noire.

“I think the financial guys can’t hamstring IT to always have a return on investment. It makes me crazy that companies say they want to invest in IT but they always want to have an assurance of return on investment … You don’t invest in R&D for product, you invest because you want to drive innovation. Some things work out very well, some things don’t work out very well but that’s the whole premise of innovation. But as long as we have all IT spending under the thumb of a guarantee of ROI, we’re going to be hamstrung.

“I would have IT budgets for innovation, not all of it have ROI.”

She also says that corporations should have career paths that encourage line of business staffers to serve for several years in IT departments, and vice versa, so both learn the others’ needs.

What will change things? A new form of best-of-breed provider, she says, suggesting it might be a cloud service provider. “Maybe it’s Google, maybe it’s Amazon. But if I were a CIO I would stabilize my current apps, because they’re going to become legacy,  and I would ask for some innovation spending to test some of the new technologies.”